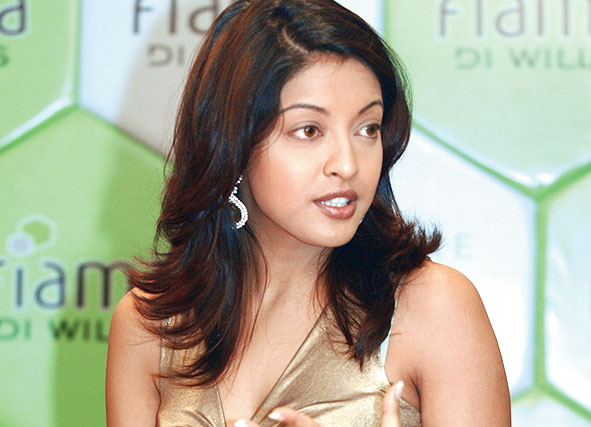 Sir — In quick succession, the Bollywood actress, Tanushree Dutta, and the American television host, Padma Lakshmi, revealed the sexual harassment and assault they faced at the hands of a co-actor and a partner, respectively. The fact that both of them spoke up years after the incidents took place shows how much fear women have to live in after they have faced violence.

There have also been eyewitnesses who have corroborated Dutta’s story of the harassment she endured on the sets of a film in 2008 from the veteran actor, Nana Patekar. Powerful men, in India and elsewhere, have believed for too long that they can do whatever they like and get away with it. On account of the ‘Me Too’ movement, women have finally discovered strength in numbers and realized that they can speak out about their trauma without having to fear for their lives, jobs, reputations or families. Many people ask why women wait for so long before coming forward with their accusations. What they do not seem to take into account is the fact that women are intimidated into silence.

It is heartening to see that a number of personalities from Bollywood, including Sonam Kapoor, Priyanka Chopra and Twinkle Khanna, have openly come out in support of Dutta.

Sir — The emergence of the ‘Me Too’ movement has been one of the most significant developments in recent political history. It has deliberately brought crimes such as sexual harassment and assault out into the open, and has led to a startling number of powerful men in business, entertainment, politics, technology and academics being held accountable for their actions.

Since the Hollywood producer, Harvey Weinstein, was accused of sexual misconduct in early October 2017, similar allegations have been made against numerous other powerful people, including Brett Kavanaugh, who is the choice of the president of the United States of America, Donald Trump, for the US Supreme Court. Now, closer home, the actress, Tanushree Dutta, has accused her former co-actor, Nana Patekar, of having harassed her on a film set 10 years ago. The television personality, Padma Lakshmi, spoke up after 32 years about having been raped at the age of 16 by her boyfriend.

The ‘Me Too’ movement will not only benefit women, but also men. A workplace culture in which sexual harassment is common often also shames men who refuse to participate in the torment. These men have to choose between intervening — which might endanger their careers — or keeping their jobs. The global movement will make the choice easier for them as well. It has also resulted in a shift in social mores and work environments. Now, increasingly, a person who sexually harasses or assaults a colleague, employee or business contact will be at risk of losing their job. Potential perpetrators must remember this.

Sir — The strike by the All-India Organization of Chemists and Druggists to protest against the Centre’s decision to regularize online pharmacies is retrograde (“Brick-and-mortar chemists on strike today”, Sept 28). E-pharma is a concept based on modern technology and the use of the internet. It is faster, cheaper, and holds added advantages for senior citizens, who can just buy medicines online and get them delivered to the doorstep. The AIOCD should, in a united manner, devise similar strategies to sustain the brick-and-mortar model of selling medicines. Unfortunately, many drug shops have forged unholy nexuses with unscrupulous doctors, and are promoting and selling high-priced, ill-reputed pharma products. Drug controllers should crack down on them. It is also high time that the Medical Council of India did its part in reining in dishonest medical practitioners.

Sir — It is a matter of great concern that arterial roads and highways in Mumbai and across Maharashtra continue to remain riddled with potholes. In spite of the hazards they pose to human life, the state government has done nothing to have them repaired. It is shameful that the roads and highways in and around a cosmopolitan city like Mumbai are in such poor condition. The dispensation is not lacking in funds; why is it not using its resources to repair the potholes? Urgent action must be taken as soon as possible.

Sir — While the nation was focused on the men’s cricket team which played in the Asia Cup in the United Arab Emirates, India’s women’s team were performing like champions during their tour of Sri Lanka. Not only did they win the Twenty20 series 4-0, but also the one-day international series 2-1. The young Jemimah Rodrigues made 191 runs in four T20 innings. This included 20 fours and eight sixes. Mithali Raj played a captain’s knock in the third ODI with an unbeaten 125. Poonam Yadav took 12 wickets in eight matches and Taniya Bhatia became India’s first wicket-keeper in five years to score an ODI half-century.

Sir — Teachers are the backbone of society. They are the ones tasked with nurturing the children of our country. The sight of teachers agitating on Mahatma Gandhi Marg in Bhubaneswar is thus painful. The government is to blame for delaying a decision on the teachers’ demands.

But the teachers appear to be rather insensitive to their basic responsibility, that of educating their wards, as well. Instead of being in the classroom, they have chosen to hit the streets. Some teachers are now teaching in schools and colleges with black badges on their shirts and saris, while some others continue to agitate on Mahatma Gandhi Marg. The government should take a call on the demands at the earliest. The gurus should go back to the class room and finish the courses.

Sir — The state government should take a reasonable decision on the strike by teachers in block-grant schools and colleges alleging discrimination in pay and perks. It should go ahead with its decision to replace the block-grant system with the grant-in-aid system without any riders. The teachers should file affidavits pledging that they would not challenge the government in court.

Sir — Students should not suffer on account of an ego-clash between teachers and the government. The teachers’ strike has inconvenienced schools and students alike. Government schools are not quite in demand on account of the standard of teaching. The teachers and the government should resolve their dispute. That will benefit thousands of students.

Sir — In today’s education system, nobody pays attention to teachers; the entire focus is on students. Infrastructural hurdles in government schools and the salary constraints of private schools are unaddressed. A large number of government schools lack basic facilities like drinking water and toilets; some private schools do not even have chairs for teachers to sit on. Private and government schools, barring elite institutions, are facing a staff crunch. The existing personnel are burdened with additional work. Teachers are the most neglected employees in the white-collar segment.

Sir — Many teachers are disillusioned with their profession. They cite the lack of resources, long hours and increasing work pressure as causes. Officials need to take a hard look at these grievances and remedy them.

Sir — The murder of the gangster, Tabrez Alam — it took place next to the Kotwali police station — raises a number of questions that are vital to the safety of Patna’s residents. What is shocking is that the governor, Lalji Tandon, and the deputy chief minister, Sushil Kumar Modi, were in the vicinity when the shooting took place. Do the police even sanitize the areas visited by VIPs?

According to police records, Alam was involved in several murder and extortion cases. If the police and the judiciary cannot keep men like Alam behind bars, there must be a serious problem in the system. Has the government let go of speedy trials against criminals?

After the murder, the media carried photographs featuring Alam with politicians. The criminal had even contested the 2010 assembly elections from Jehanabad on a Samajwadi Party ticket. Politicians should be ashamed of encouraging criminals to enter politics. Do they not understand that this is harmful for society?

Sir — It is heartening that the district administration has made the stretch of railway tracks between R-Block and Digha free of encroachment. The government should now step up the construction of the four-lane road that will ease out traffic jams that are a nightmare for commuters during office hours. A number of experiments by the traffic police have not yielded the desired results.

There should also be a dedicated lane for three-wheelers. Autorickshaws are the biggest culprits behind traffic jams. Auto drivers often stop for passengers in the middle of the road and argue about the fare, ignoring the long queue of cars behind them. The police are mute spectators because they receive cuts from auto drivers. A dedicated lane with fixed places to let in or drop off passengers would go a long way in reducing traffic congestion. Many cities have started regulating the movement of autorickshaws in commercial areas. Patna should follow suit.