Aditya Seal on playing Humayun in The Empire

‘Shooting for this show was an experience that was much more than what I had expected it to be. I remember my first day of shoot in Jaipur’ 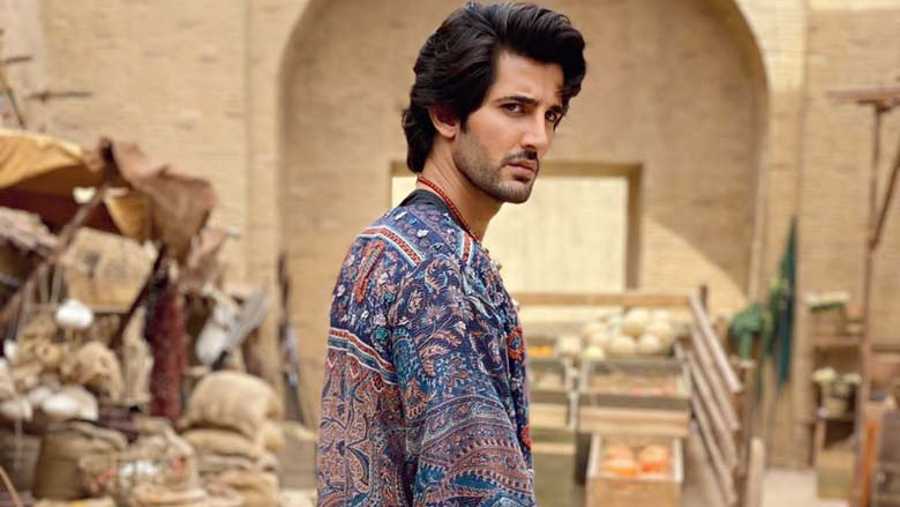 Actor Aditya Seal has come in for praise for his portrayal of Humayun in The Empire, now streaming on Disney+Hotstar.

The Telegraph caught up with the star of films like Student of the Year 2 and Indoo Ki Jawani for a quick chat.

So far, what’s the best thing you’ve been told about your portrayal of Humayun in The Empire?

It’s been very good feedback so far. It’s better than what I expected. I can’t complain at all.

What spoke to you about the part and the show?

First, that it’s a magnum opus. Any period show is bound to be big in scale and visually scintillating. And then I get to play Humayun who I think is a very interesting character in history. I was definitely not going to say ‘no’ to that. Plus, I was told that every season would focus on one Mughal emperor. This season was about Babur (played by Kunal Kapoor) and Humayun takes the throne next, so that will be an interesting journey.

The fact that Nikkhil sir (Advani) was producing it and it was being directed by Mitakshara (Kumar), who has been an associate of Bhansali sir (film-maker Sanjay Leela Bhansali) told me that this would be a show that would be visually amazing as well as narratively engaging.

Shooting for this show was an experience that was much more than what I had expected it to be. I remember my first day of shoot in Jaipur. We had cordoned off a large section of the fort we were shooting in and just the first day gave me a clear picture of how big the show was in scale and ambition. The second sequence I shot was a war sequence and it showed me what I had got into. When I started dubbing, I got an idea of how grand the show looked. It took me by surprise, I will be very honest.

What did you have to do to become Humayun?

Actually, nothing! (Laughs) The only thing that I had to do was to ensure that I don’t speak in that caricaturish tone that we have seen characters from history speak in our cinema. What I also did consciously was not read a lot about Humayun. We obviously know about the person, but I portray the younger years of Humayun. So I wanted to retain the innocence in him and not let the pressure of being on the throne next be on him. That will anyway be seen in Season 2, if that happens. I wanted to play him as easy, innocent and childlike as I possibly could.

To be honest, I am now feeling the pressure because the focus will subsequently shift to Humayun. Kunal has done a fabulous job as Babur and so has Dino (Morea) as Shaibani Khan. There is quite a lot of pressure on me now.

My sense of history is very bad! In school, I wasn’t someone who was good at ratta maroing (learning by rote). I had to understand things to retain them in my head. History has a lot of dates that one needs to remember and I wasn’t very good at that. But since then, I have read up quite a bit on history. Fortunately, The Empire delves into the psyche of these characters, rather than focusing on their conquests.

Ever since Student of the Year 2, you have mixed it up quite successfully in terms of the variety and versatility of the work you have done. Who are your inspirations when it comes to doing diverse work?

Tom Hanks, Jake Gyllenhaal and Christian Bale in Hollywood. Here, I love the kind of work Aamir Khan and Ranbir (Kapoor) do. Ayushmann Khurrana is someone who has been taking variety and versatility to a new level with every film.

Last year, you lost your father to Covid-19. How has this time changed perspective for you?

In many ways. I had always thought about how I would feel and what I would say when I won my first award, but now it won’t be the same because of the loss that I have had. But I have to go with the flow, life goes on. Life is too short to struggle over small things, and one needs to look at the larger picture. Just do things that make you happy.