The actress, who has established a career in the south, is one-third of the love triangle in De De Pyaar De 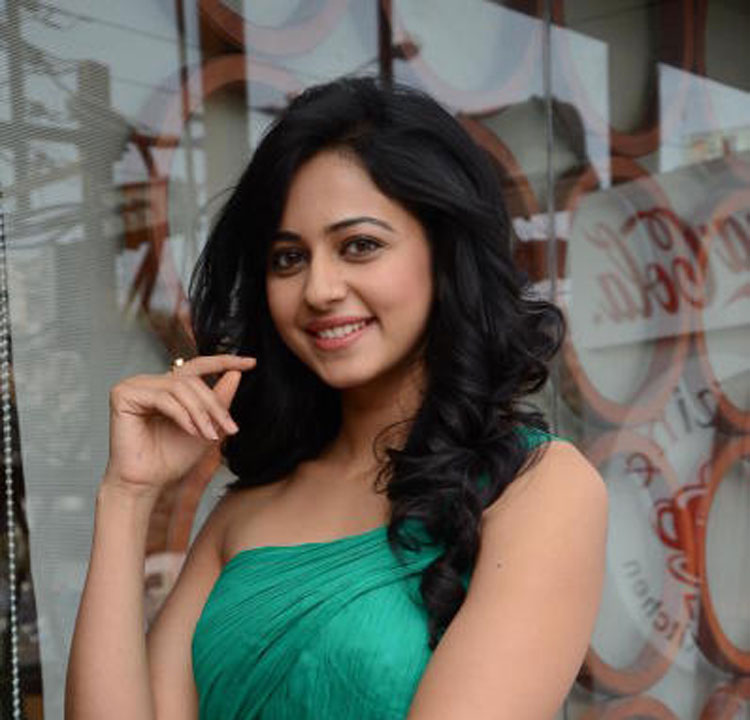 Rakul Preet Singh’s Bollywood career hasn’t been as smooth as she would have liked it to be. It started with Yaariyan in 2014 but she disappeared for a few years, before appearing in the Sidharth Malhotra-Manoj Bajpayee starrer Aiyaary. The actress, who has established a flourishing career in the south, is one-third of the love triangle in this week’s release De De Pyaar De. The film also stars Ajay Devgn and Tabu. The Telegraph caught up with Rakul to ask her if Ajay still plays pranks on his co-stars and what it takes to get a foothold in Bollywood.

You’ve described De De Pyaar De as being progressive. Could you explain that?

Films generally depict and resonate with what’s happening in the world around. There are so many films like that now — there’s Andhadhun, Badhaai Ho, our films are improving. And this film is like that as well, because it talks about the relationship of a young girl and an older man. There are so many such relationships that exist and successfully so, but nobody’s spoken about it. There was just a Cheeni Kum, which was a very different mood. This is light-hearted, deals with how your family is going to react if you were dating a young girl.

About three years ago, a friend of mine married a guy one year older than her own father. When the family got to know, there was obviously a lot of drama but there were also some fun elements. So, the film also has an underlying emotion and message but it’s presented in a humorous way. That’s why I call it progressive, because it’s talking about something that’s happening around us which has not been spoken about.

Tabu and Ajay Devgn have known each other for years now. What was it like stepping on to a set where your co-stars are not only friends off set but have also worked together extensively and have their own shorthand in place?

Luckily, the first schedule started with just me and Ajay Sir, and by the time Tabu Ma’am came in, the ice was already broken. She was also very warm — both of them have been very warm and welcoming to a relative newcomer on set. It’s very important for a film like this where I have to have that chemistry with Ajay Sir, and play a one-up game with Tabu Ma’am. All three of us needed to be very comfortable with each other and have that equation, and I give that credit to them because they never made me feel like a newcomer.

Oh, they’re absolutely amazing people. They’re chilled and there’s no arrogance whatsoever. We’d all be sitting and talking. Tabu Maam’s also from Hyderabad, I partly live there myself, along with Bombay. There were a lot of common things we had to talk about. They’re professional as actors, but otherwise as normal as people can be. And that was the vibe on the entire set, be it my director Akiv (Ali) who’s always smiling and laughing and would never lose his cool or my producer Luv (Ranjan) Sir or the rest of the team. All of these things come together and actors also feel comfortable when they feel they’re part of one big unit. We had fun every single day.

Does Ajay still play pranks like he used to at one point?

I’d heard a lot about his pranks. So, a couple of days into the film, I asked him about it and told him not to play any pranks on me but to take me on his team and use me to play the pranks on others since I have an innocent face! (Laughs) That made him laugh but he honestly didn’t play a lot of pranks. There was a prank or two on the team members in London and I heard the stories but I told him not to do anything like that on me. He was really sweet and we had a lot of fun in general on the shoot.

After Yaariyan, you disappeared from Bollywood for a while. What happened?

I actually started doing films in the south after Yaariyan. I started shooting for my first Telugu film four days after it and that film released two months before Yaariyan released. Because it released first and became a huge success, I had a bunch of Telugu films that I had signed on. I was very young and naive then, and because I had signed a bunch of films with top stars, I decided to continue doing that. I didn’t understand the concept of leaving the work that I was getting in order to get more work of some other kind.

I did a Hindi film with Rajkummar Rao called Shimla Mirch that didn’t release. Otherwise, the gap wouldn’t have been there because I started doing that film two months after Yaariyan. Since it didn’t release and my Telugu films kept getting bigger and better, I just continued working there. It’s not easy to have one’s feet in two boats at the same time. I thought might as well be rock- solid in one place and then take time off and explore other things.

I was supposed to do Dhoni (MS: Dhoni: The Untold Story) but I didn’t have the dates. So, when the same team called me for Aiyaary, I just went ahead and blocked off those dates. By this time, I had reached a position in the south where I could take six months off to be in Bombay and it was okay to do one less film that year. It’s been a very organic route for me because I’m very instinctive and am not someone who plans too much. I’ve always followed my heart and done whatever I felt was right to do at that point.

What does it take, in your experience, to get a foothold in this industry? It’s not the easiest and most welcoming to people from outside.

It’s a lot of things. Firstly, there’s no formula. If people think doing ‘A-B-C’ will help them crack a film, then the answer is no. What really sustains you is your persistence and your belief in yourself, a do-not-give-up attitude. I think what really matters are the relationships you build and how hardworking and persistent you are as an artiste.

It might seem like it’s easy for me to say this in hindsight but one also has to be in touch with reality. It’s very important to not be in denial. When I started out with Yaariyan, I had given myself only two years to see where it takes me, or I’d get back to my studies. It’s important to set a time frame for oneself and give it hundred per cent. Even now, I think like that. People have been asking me if I think De De is going to be the film for me, but it’s not like that. Of course, I hope so and I’m a very positive person, but tomorrow if it doesn’t work I’m not going to be in denial and convince myself that I’ve made it.

What’s the status of your next film Marjaavaan, co-starring Sidharth Malhotra?

We just finished shooting, so it’s scheduled for an October release. I’m going to be in a very different role from De De. As glamorous as you see me here, it’s a very different kind of commercial glamour there. Milap Zaveri is the director and he is known for his masaledaar dialogues. He’s told me that for the first time his heroine has dialogues. It was fun for me to shoot that film.

Apart from two releases in Hindi, you also have two Tamil and one Telugu film this year, right?

Yeah. I have a release on May 31 with Surya, my Tamil film. Then I have a Telugu film that I’m shooting for and another in Tamil. Both these shoots are going on simultaneously. Life is a little crazy right now but I love it. I was in Portugal shooting for my Telugu film and I went straight into promotions for De De.