He discloses why expected his Griffin to look like Prince Harry! 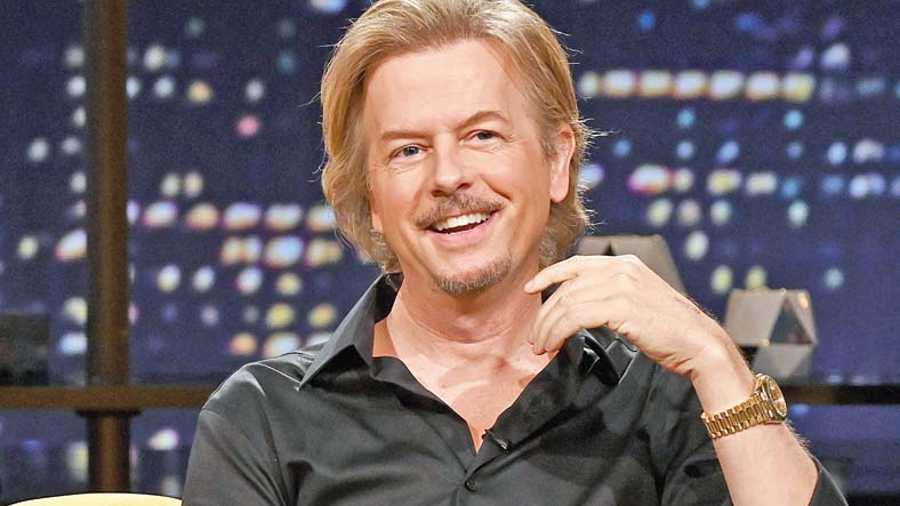 Actor, stand-up comedian, writer and television host David Spade is the voice of Griffin aka ‘The Invisible Man’ in the smash-hit Hotel Transylvania film franchise. With the fourth and final film in the series — Hotel Transylvania: Transformania — now streaming on Amazon Prime Video, t2 caught up with Spade, who has credits like  Saturday Night Live and Just Shoot Me! to his name, over a late-night video call for a chat on being Griffin and more.

What are the emotions like being able to come back for a fourth Hotel Transylvania film?

Well, I was just talking to the whole team and it is kind of sad because we all knew that this was going to be the last film. But we had done so many that I thought we could just keep going. We’ve all had a nice time with it. It’s a fun thing to do. It’s always good to be part of something that works and we have all been reminiscing about how much fun it has been to do.

What do you think accounts for the huge popularity of the Hotel Transylvania franchise?

I do a lot of stuff and I have been around for a while. Not everything works, as everyone knows. You try your best at everything. You can write it funny, you can shoot at funny and maybe on the edit table, it turns out not funny!

Hotel Transylvania seemed to work throughout. The animation is very smart and clever and so are the jokes, and everything combined makes it even better. I am not saying we got lucky, but this franchise is about good people coming together to do a good job. We have some good voicework. And then, there are the stories. I was shocked that each film had such a fun story, and this new film where we turn into monsters and then turn back into people, is a very good idea too. It’s visually very funny.

Griffin is insanely funny in a franchise that has so many funny characters. What’s it like voicing him?

Griffin is a goofy sidekick who just wants to be part of the gang. We are just a goofy gang of guys like you would have in high school, and I like that. We get into these crazy adventures and I like that they kind of let me goof around with it. I ask them (the makers), ‘Can I say that there?’ And they are like, ‘Sure! If it works we will keep it’. I am really happy about how we have made these films.

You have done a fair amount of voicework for animation. How does that skill contribute to you as an actor when you are in front of the camera?

It’s not that different, and yet it’s different in some ways... doing an animated movie as compared to a live-action one. In animation, you read the script, but you have no idea how it will look and then they draw out a stick figure and you have to bring your imagination into play, and that’s actually the whole beauty of it. It’s also a luxury, because they can keep changing it. That’s not the case for a live-action film because once you shoot a scene, it’s tough to go back and reshoot, unless you really have to.

In your head, what did you think Griffin would actually look like?

You have had a prolific career as a stand-up comic and an actor. What drives you even now?

Comedy lies at the root of my passion for this business... just the thought of making people laugh. I think everyone likes comedy and wants to have a good laugh every now and then. But to get into that field is tougher than it seems. Not many people get into that because people are realistic about getting a good job and making money (smiles).

I got into comedy, and after a while I realised that there was no going back and I just put in all that I could. So I have to write, I have to show up on time and make sure I am funny. I have to keep going, and I like it. It’s a fun job for the most part. I have started doing stand-up specials again, and I love it.

Have you ever been to India? Do you watch Indian films?

I have no connection to India at all (smiles). It sounds like such an interesting place, but I don’t even know too many people who have been there. But I know it’s a huge country and a place a lot of people want to go to one day.