Advertisement
Home / Entertainment / Actor Aparshakti Khurana is on a high

Actor Aparshakti Khurana is on a high

In a candid chat he talks about welcoming his first born, focussing on lead roles and more… 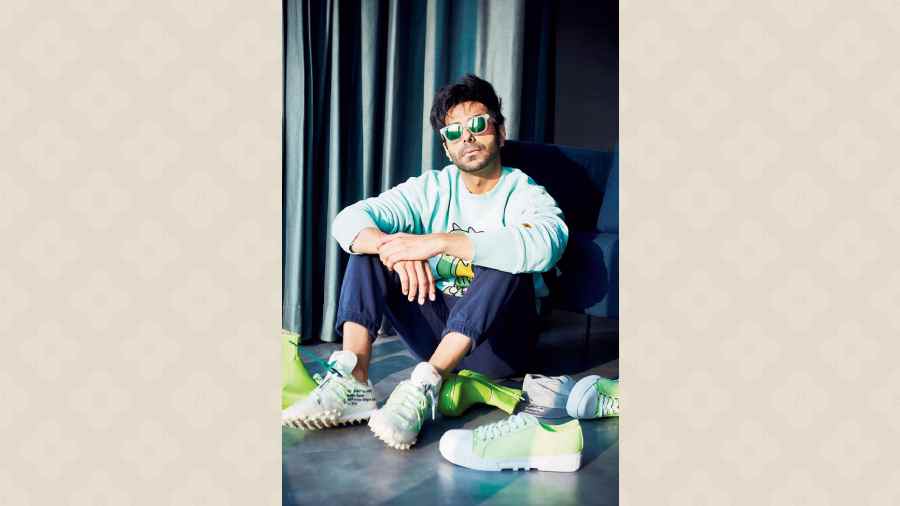 The year gone by has been happy and fruitful for Aparshakti Khurana in more ways than one. Not only did the host-musician-actor score his first lead role in Helmet, he also welcomed his first born, a baby girl, with wife Akriti. We caught up with Aparshakti for a quick chat.

Yes, it’s been very satisfying. I have signed a couple of good projects. I have made some music... I have made a baby! (Laughs) Not complaining at all. It’s just amazing to just go back to my three-and-a-half month old daughter every day after work. No professional achievement comes close to that. Before her, I was never someone who liked being at home. But now, I have become such a huge homebody.

As far as the professional highlights of the year gone by are concerned, it would be the release of Helmet, which was my first release as a solo lead. That was quite a kick. And after that, I have got a lot of offers in the solo space, in the lead space. I have also started shooting Stardust, which is my web debut (the Vikramaditya Motwane series also stars Prosenjit and Aditi Rao Hydari).

So is the focus now on doing more lead roles?

Thankfully, the offers that are coming in now are for the lead. But people have seen my journey in acting and have loved the quirky characters that I have played so far. I am still open to playing parts that make a difference in a project, even if I am not headlining it. I don’t think anyone in recent times has had the journey in films that I have had, starting right from Dangal. So I would love to give that kind of respect to the space that has given me so much love and respect.

But honestly, once you do a lead role and then go back to being part of an ensemble, most people start thinking it’s a level down. They will be like, ‘Oh okay, back to pavilion?’ That’s a balance (between being the lead or part of an ensemble) that I really want to crack.

So was it disappointing that Helmet released on a streaming platform and not in theatres?

Not at all. Rather, if you ask me, in today’s day and age, it’s a big thing that work is happening, that films are getting released, that people are continuously working.... Even during the lockdown, we had productions moving to smaller towns and shooting. Whatever the platform is, I am glad that films are releasing and that peoples’ hard work is being showcased.

I have immense gratitude for every little thing in my life. I am surrounded by people who look at only the positives in life. People show off their looks, money, cars, houses... main apne dost show off karta hoon! (Laughs) I have such amazing people in my life who support me at every step. And as I said, I have a lot of gratitude for every little thing in my life. So it will be very wrong on my part to say, ‘Why did Helmet release on OTT and not in the theatres?’

Honestly, I am proud of the journey that I have had so far. Not many actors are able to reach the lead space out of the character space. And now I am signing relevant, top-notch projects like Stardust. The conversations that I have with my friends from my radio days, from my theatre days, from college days make me emotional. Itne laakh actors hain Bombay sheher mein, aur woh sab karna chahte hain jo main kar raha hoon. I am very happy with the opportunities I have got. Right from Dangal, there has been a growth in me every year as an actor. Year 2021 was no different and touchwood, 2022 also looks nice, happy and bright.

The fact that I have had a journey of my own so far is something everyone who knows me is proud of... my wife and my mom keep telling me that. And I hope that when my daughter grows up, she’s also proud of her daddy.

How much does being a multi-hyphenate talent help you in today’s times?

It’s really cool to don so many hats and the good thing is that I am always busy, always occupied. I have the freedom of creative brainstorming in different spaces, be it music, sport or acting. But having said that, I strongly believe that one doesn’t need to be a jack of all trades, you just need to be a master of one. Everyone who becomes the biggest in their space focuses on just one thing. But now I feel that in today’s day and age, especially in the times of Covid, it’s the era of multitasking. It’s about the survival of the fittest... aapko har jagah har tareekey ki cheez karni aani chahiye. And I am very happy with my vibe and my space.