Advertisement
Home / Entertainment / A suitable cast for A Suitable Boy

A suitable cast for A Suitable Boy

I am still understanding Lata and the complexities of her reality: Tanya Maniktala 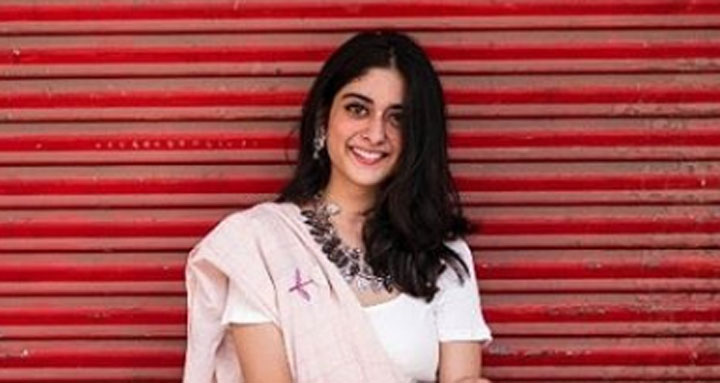 Mira described Tanya as “a dewdrop, somebody so young and who hasn’t seen the world…..Her lack of artifice is a very beautiful thing for me and yet she has such skill. I’m so delighted about her.”

Tanya admitted she was “in a daze”, adding: “I am still understanding Lata and the complexities of her reality”.

Much of Vikram’s 1,349 page novel, containing 591,552 words, revolves around the search by widow Mrs Rupa Mehra for a suitable boy for her 19-year-old increasingly feisty daughter, Lata.

The 100 strong cast, almost exclusively from India, includes Ishaan Khatter (Beyond the Clouds, Dhadak) as “the wayward Maan” and Tabu (The Namesake, Life of Pi, Andhadhun) as the “beautiful courtesan Saaeda Bai”.

Filming, which will take place in Lucknow, Maheshwar and other locations in India, is yet to begin, the BBC told The Woods on Monday.

Tantalisingly, the names of other crucial members of the cast have yet to be revealed by the BBC. They include the Chatterjis — Old Mr Chatterji, Mr Justice Chatterji and Mrs Chatterji, and their children, Amit, Meenakshi, Dipankar, Kakoli and Tapan.

Mira is said to have collected the very best from Tollywood.

Nor is there confirmation if Naseeruddin Shah (star of Mira’s Monsoon Wedding) is in and if the director has found a role for one of her favourite actresses, Paoli Dam.

Vikram, a man hard to please, confessed he had serious doubts about the whole project: “It was with some anxiety that I agreed to my book being put on the screen, but I’m glad I did. With Andrew adapting and Mira directing, I feel that my story is in safe yet inspiring hands. We all passionately believed that the series should be filmed in India with an Indian cast…I am confident they will bring my characters brilliantly to life.”

In the UK, Andrew Davies is the acknowledged master of adapting English and European works of literature (Pride and Prejudice, War & Peace, Les Misérables and Jane Austen’s unfinished Sanditon).

“I am truly thrilled to be chosen by Vikram Seth to adapt his masterpiece,” he enthused. “It’s a charming, almost Austenesque story, with a delightfully relatable heroine, set against the turbulent background of India in the years following Partition. It has been a total joy to work on, and I hope that audiences will love it as much as I do.

“I guess it’s quite brave of the BBC to do it. For English audiences, one of the striking things is that all the principal characters are Indians. It’s not one of those things about the British Raj… I think we’ve had all that. These Indians are in an independent India and running their own country. It’s nice to see something that takes the story much further on, after the English for the most part have gone.

“I’m banking on the fact that Lata is just such a lovely heroine, it’s easy to identify with her. She doesn’t want to be bossed around, she’s funny and she’s quirky. She’s like the sweetest of Jane Austen heroines.

“They’re so relatable, these characters…I think English audiences will just forget about the fact that there’s no English characters to identify with.”

He has had help both from Vikram and from Mira, who said: “It’s not about a look at the Raj, it’s not about the white saviour who comes and teaches us how to become independent or anything like that. It’s about our own beautiful flaws and complexities and peculiarities and loves.

“It’s an epic and intimate tale — epic in that it is really about India’s first national election in 1952, and how as the country finds its voice, a young girl finds her voice.”