'Two completely different shows releasing on two big platforms and two very varied characters for me. I am really chuffed about this coincidence' 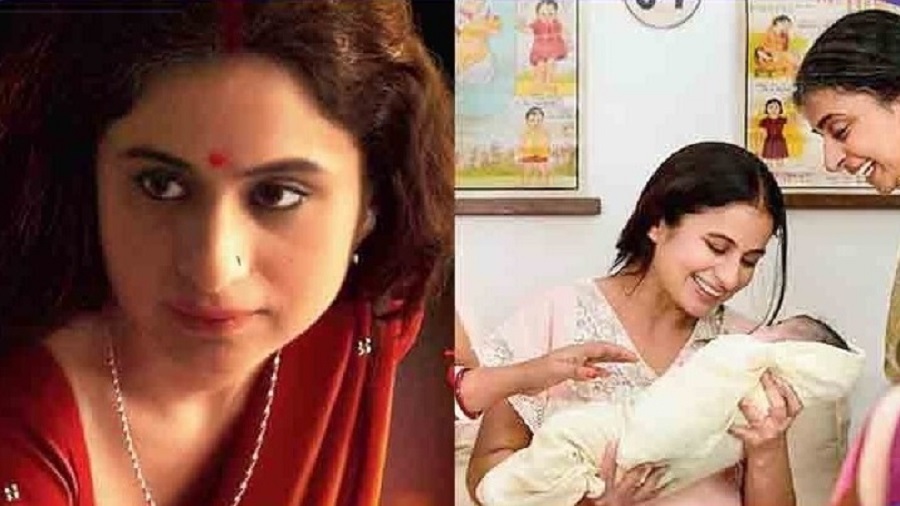 Rasika as Beena in Mirzapur (left) and as Savita in A Suitable Boy, both streaming this Friday
Sourced by the Telegraph
Priyanka Roy    |   Published 21.10.20, 09:58 PM

This weekend, Rasika Dugal has more than one reason to smile. The actor features in central roles in both A Suitable Boy and Season 2 of Mirzapur, streaming this Friday on Netflix and Amazon Prime Video, respectively. A chat with The Telegraph.

Thank you! Two completely different shows releasing on two big platforms and two very varied characters for me. I am really chuffed about this coincidence.

Is there a little bit of nervousness too, given the high expectations from both shows?

I am actually never nervous when a project comes out. All my tension, anxiety and nervousness is reserved for the time I am shooting. I am terribly anxious and confused at that time and I always feel I can do better. When it’s about to come out, I am quite okay because I realise that there is nothing that I can do differently now.

Also, I genuinely look forward to how people will respond to my work. Every audience comes with its own experiences, prejudices, idiosyncrasies and its own lens on how they view things. It’s always exciting for me to see how somebody could have read more into what I have intended to do with a certain scene, or conversely, someone may not take away what your intention as a creator may have been. I accept all kinds of comments, though largely the response for my work has generally been positive. Even if it wasn’t, it would mean a lot to me because then I would understand that it at least evoked certain emotions in someone.

For me, the exciting thing always has been to be on shoot and explore a character or myself through a character. But you naturally wish for your work to have a large reach. For example, the large reach of Mirzapur has been addictive in many ways. I am actually very confident about Season 2... I feel it’s grander in scale than Season 1 and visually, much superior, while also retaining the interpersonal relationships that were the highlight of Season 1. I also feel the writing has become more nuanced... we’ve had the same writer (Puneet Krishna) and the same director (Gurmmeet Singh) from Season 1, and their understanding of the characters has evolved... they now know how the characters are hardwired and they can play around with them. I was moved by some of the directions Gurmmeet gave me in Season 2 because they were so matter-of-factly profound. Also, from what I see on social media, the audience seems almost waiting to love Season 2 (laughs). So I don’t think we have any reason to be nervous.

In Season 1, your Beena was one of the most intriguing characters, who uses both her brains and sexuality to get around situations. Does she end up having more agency this season, given that we did see her picking up a gun at the end of the last season?

The hard thing about Mirzapur is that everything is a spoiler, so it’s tough to say anything (laughs). But yes, it’s a different trajectory for Beena this season. What I found heartbreaking at the end of Season 1 was that someone like Beena, who is so unapologetic, had to suffer that kind of violence and humiliation. Season 2 actually spends quite a bit of time exploring how she gets back to being herself again, which was a painful journey for Beena, but for the actor in me it was a beautiful journey. I don’t think it would have been as compelling if the writer had started Season 2 by showing that Beena is already on the path of revenge. Certain things happen before that make her find herself and her strength again.

I’ve always seen Beena as someone who is power hungry, like everyone else in Mirzapur. Once she gets to the point where she finds her ‘Beena-ness’ again, as I like to call it, the motivation now has an added layer of revenge.

You had said that you were surprised when you were picked to play Beena, because you were cast against type. Two years hence, have the variety and diversity of roles increased after playing Beena?

It’s hard for me to tell how perception changes. You don’t really get to know on what basis people perceive you... it could be a role you play or a post you put up on Instagram or something you could have said in an interview. Very often, people tell me very unexpected things... sometimes, it’s not even about the parts you play. I have got comments where people have said, ‘I saw you in this dress on Instagram and I thought you could look like this character’. That’s amusing, and also a little scary. You end up thinking, ‘Oh, everything I put out there is important, is it?’ (Laughs) And that makes you so conscious of everything you are doing. I have realised that there are so many things that affect people’s perception of you. So I have kind of stopped tracking that. I try and stay true to what I do at a particular point.

But yes, I have got feedback that said that it was a surprise to see me in Beena’s role, and I have to admit I hadn’t imagined myself in that part either! (Laughs) Which is a good thing for an actor... to surprise yourself and to surprise people around you. Whether that led to a particular kind of role, I really don’t know. But I think I have had diversity in the last few years. Even in the shows that I am currently signed up to, the roles are very different. Neeti Singh in Delhi Crime is very different from Beena Tripathi or Savita in A Suitable Boy or Mira Kapoor in Out of Love.

What does having a name like A Suitable Boy mean for your filmography at this stage of your career?

They were really extraordinary people to work with. This was one unit which I felt had so much talent and experience. I feel honoured to be a part of it. I signed on A Suitable Boy for the book and for Mira (Nair, director). I said, ‘There’s Mira Nair directing A Suitable Boy, I don’t even want to read the script. I want to be a part of this in whatever way I can’. What compelled me to take this up was the sheer excitement of working with a unit like this.

I was sitting with Arjun Bhasin (the show’s costume designer) one day and he showed me what he had in mind for Savita’s look by referencing a miniature painting. I was so moved by it because no one else I had worked with had drawn such references for a costume palette. He actually managed to execute it and through this shoot, I constantly got the feeling, ‘Wow, I am working with people who know their job and who constantly seek to do better’.

And Mira, oh my god, what an energy to work with! Her Instagram id is @pagliji and I think she’s picked the right name! (Laughs)

Congratulations for the International Emmy nomination that’s come in for your show Delhi Crime. That’s huge!

Yes it is. My first reaction was that I felt the series and the creators deserved their work to be acknowledged. But otherwise, I always feel a little uncomfortable to celebrate anything around Delhi Crime (that was based on the 2012 Delhi rape case). It always comes with mixed feelings. It’s hard to be celebratory about a show that focuses on the way women are treated in this country because I don’t see things improving... in fact, they have got worse. And that’s very, very unfortunate.