6 singers who shot to fame with A.R. Rahman’s compositions

A.R. Rahman won the Academy Award in 2009 for his composition Jai Ho, sung by Sukhwinder Singh, for the film Slumdog Millionaire 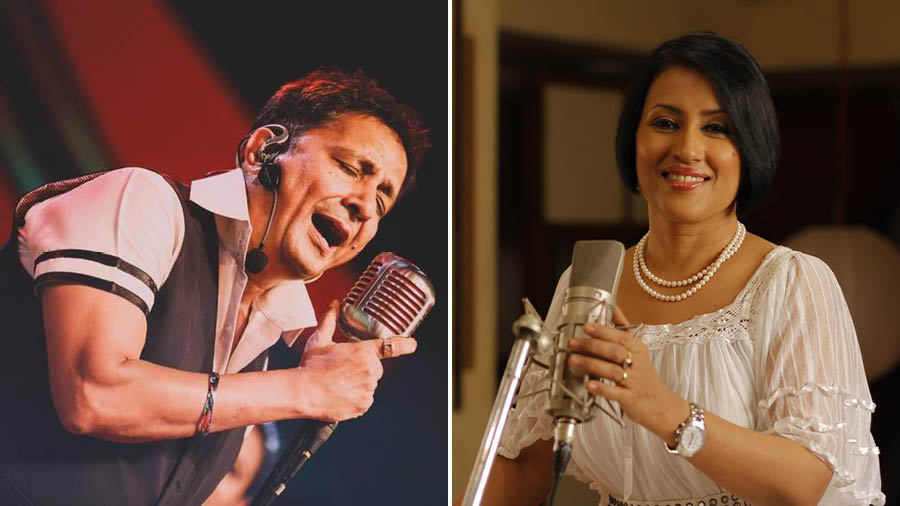 What’s common between singers Antara Nandy, Benny Dayal, Naresh Iyer and Tanvi Shah? They all got their first big break from A.R. Rahman. The Academy Award-winning composer has time and again provided a platform to new talent who have then gone on to carve a niche for themselves. Here’s a look at six singers who shot to fame by singing Rahman compositions.

Sukhwinder Singh’s debut Bollywood song was Aaja Sanam for the 1991 film Khilaaf. Neither the film nor the song struck a chord. Seven years later, A.R. Rahman picked Sukhwinder for the hypnotic Chaiyya Chaiyya for Mani Ratnam’s Dil Se, and the Punjabi singer hit it out of the park. The song starring Shah Rukh Khan and Malaika Arora atop a moving train marked the beginning of a partnership that gave us some very popular songs like Ramta Jogi (Taal, 2000) and Jai Ho (Slumdog Millionaire, 2008). The last song  went on to win the Oscar for Best Original Song at 81st Academy Awards and the 52nd Grammy Award for Best Song in a Motion Picture.

Millenials who grew up in the 1990s, and were in love with Dooba Dooba from Silk Route’s album Boondein, were in for a surprise when they heard the band’s lead singer Mohit Chauhan sing Khoon Chala in Rang De Basanti (2006). The rousing composition by Rahman made Mohit a force to reckon with. Next came the wacky Masakali for Delhi 6 (2008) and then the entire album of Rockstar (2011), where the Rahman-Mohit combo unleashed their unparalleled magic. Mohit became the voice of Ranbir Kapoor, who played a singer in Rockstar. Rahman and Mohit recently featured in the music video Hum Haar Nahi Maanenge, composed by Rahman.

Sujata Bhattacharya aka Madhushree hails from a musical family and is a trained classical singer. She got her first break from Rajesh Roshan and recorded a song for Ashok Mehta’s Moksha. But the Arjun Rampal-starrer, with Madhushree’s solo, failed to cut ice. Rahman took notice of her craft and got her to sing Nainaa Milaike in Shaad Ali’s Saathiya. She also had three solos in Khalid Mohammed’s Tehzeeb. Madhushree’s breakthrough performance came in Ashutosh Gowariker’s Swades (2002) where she sang the bhajan Pal Pal Hai Bhari. She followed it up with Kabhi Neem Neem in Mani Ratnam’s Yuva, which made her popular among the masses.

Hanu Raghavapudi’s Sita Ramam was one of the sleeper hits of 2022, but not many know that the character of Sita (played by Mrunal Thakur) was voiced by Chinmayi Sripaada in the Telugu version. Chinmayi began her singing career under Rahman. Her first film song was Oru Dheivam Thanta Poove for Mani Ratnam’s Kannathil Muthamittal. She has been singing in Tamil, Telugu, Malayalam and Hindi films ever since. Her last collaboration with Rahman was for Sarvam Thaala Mayam (2019). Chinamma (Sakkarakatti, 2007), Kilimanjaro (Enthiran, 2010), Naetru Aval (Maryan, 2013), Idhayam (Kochadaiiyaan, 2014) and Nallai Allai (Kaatru Veliyidai, 2017) are some of her memorable hits with Rahman.

Jonita Gandhi, Canadian singer of Indian descent, was a YouTube sensation before she got a chance to sing the title track of Rohit Shetty’s Chennai Express composed by Vishal-Shekhar. However, Jonita shot to fame with her soulful rendition of the Rahman composition Kahaan Hoon Main in Imtiaz Ali’s Highway. She also won accolades for Mental Manadhil from Mani Ratnam’s Ok Kanmani (2015) and Main Tumhara from Mukesh Chhabra’s Dil Bechara (2020) — both Rahman compositions.

Known as ‘The Humma Girl’, Shashaa Tirupati was noticed by Rahman during Coke Studio Season 3. He gave her the solo Vaada Vaada in Kochadaiiyaan (2014) and then Aye Mr Minor in Kaaviya Thalaivan (2014). The Rahman songs Kaara Attaakaara and Parandhu Sella Vaa from Mani Ratnam’s Ok Kanmani (2015) made Shashaa popular in the Tamil music industry. In Bollywood, she has sung Khulke Jeene Ka (Dil Bechara, 2020), The Humma Song (OK Jaanu, 2017), O Sona Tere Liye and Chal Kahin Door (both from Mom, 2017). Her latest collabs with Rahman were the melodious Hututu for Kriti Sanon-starrer Mimi (2021) and Tum Bhi Raahi (Mili, 2022).