Decoding Bollywood by the alphabet

The year that was on screens big and small 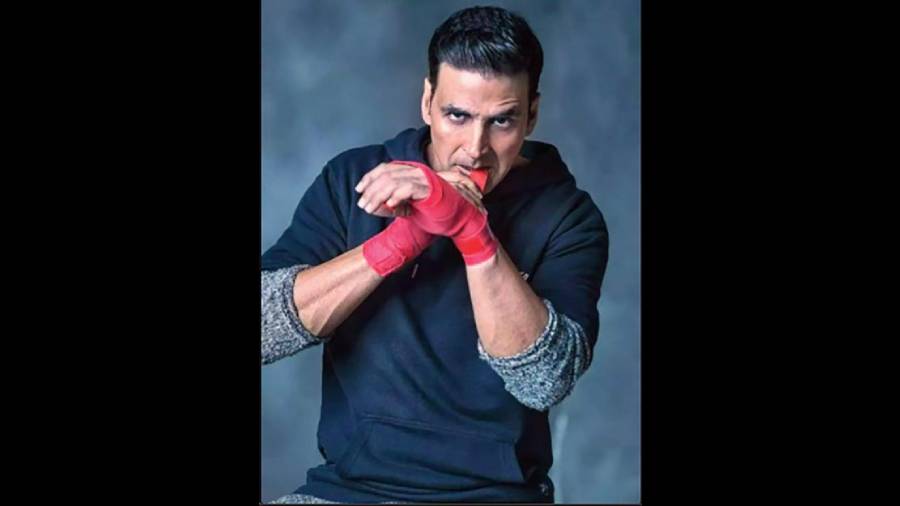 Over time, after the three Khans (and sometimes, even ahead of them) he’s emerged as Bollywood’s Mr Dependable. In 2021, Akshay Kumar put his money where his mouth is, not only making a goodwill gesture of a theatrical release for Bell Bottom when movie halls were closed in most parts of  the country, but also giving the bleeding box office a lease of life with the Rs 200-crore-odd juggernaut called Sooryavanshi. Rounding off the year with Atrangi Re, there’s much, much more of the Khiladi in 2022, with five biggies lined up for release.

It’s been two years of a virtual drought at the box office, and resurrecting it towards the end of the year were two Bolly-Holly biggies — Sooryavanshi and Spider-Man: No Way Home. While Rohit Shetty’s cop drama scored with its masala madness, the latest

Spider-Man film, packing in many a fan favourite mood and moment, opened big and became HUGE.

It’s been 20 years since Bhuvan’s Team XI immortalised these words, penned by Javed Akhtar and scored by A.R. Rahman, in Lagaan, the classic underdog story, that as director Ashutosh Gowariker told t2 the day before the Aamir Khan classic turned 20 in June, has ‘well and truly stood the test of time’.

After taking Kangana Ranaut through the Twitter wringer last year, Diljit Dosanjh continues his winning run. The actor-singer scored a massive hit with his chartbuster Lover and gave the box office a biggie with his Punjabi film Honsla Rakh. But it’s the inimitable Diljit on Instagram — especially his fun cooking videos — that wins hearts. Truly, Dil-jeet!

Too many good things came to an end this year. Brooklyn Nine-Nine bowed out after eight seasons, Lucifer after six and Little Things after four. Money Heist said (‘bella) ciao’ after five seasons, and No Time to Die marked Daniel Craig’s fifth and final turn as James Bond.

Sixteen years after they bowed out as the faces of unarguably the most popular sitcom in television history, the ‘friends’ came back for 100 minutes of smiles, tears, good ol’ fun, invaluable nuggets and so much nostalgia. We want more! A movie please!

Plus: Fahadh Faasil reinforced what makes him one of the best actors we have with diverse and definitive turns in the Macbeth-inspired Joji and the powerful gangster drama Malik. The psychological thriller Irul may have been more nay than yay, but there was no faulting Fahadh.

Neeraj Ghaywan’s short film in the Netflix anthology Ajeeb Dastaans effectively explored caste conflict and repressed sexuality and was taken a notch higher by a powerful act from Konkona Sensharma who became her Bharti Mondal in walk and talk, action and attitude.

The Korean wave (referred to as ‘Hallyu’) was always on the upswing, but this year ‘Hail Hallyu’ — K-Drama to K-Pop to K-Cuisine — became a global mantra. And then, of course, the phenom named Squid Game happened.

Priyanka Chopra Jonas continued her quest for ‘global domination’, closing out 2021 with a biggie — The Matrix Resurrections, alongside Keanu Reeves. Kubbra Sait made quite an impression as Phara in Foundation and Ali Fazal is currently making a movie with Gerard Butler. Plus, Indian actors in international projects — Anupam Tripathi in Squid Game, Ritu Arya in Red Notice — made a mark. Disney released its first Indian original film Spin this year.

One of the most powerful films of the year was frontlined by Suriya, with the actor donning the robe of a righteous lawyer to fight a case inspired by a true incident. Raw, real and brutal, Jai Bhim lay bare the ugly underbelly of the caste divide in India. It topped many a best/most-watched film list, with its IMDb score standing at a whopping 9.4/10, ahead of The Shawshank Redemption.

It’s been 21 years since the Bachchan baritone boomed on our TV sets and made KBC a part of Indian pop culture. This year saw many a famous face gracing the hot seat, with the show’s 1,000th episode being a Bachchan special — the superstar was joined by daughter Shweta and granddaughter Navya Naveli.

One of the most compelling shows in recent times has had many a memorable character, with Logan Roy (played with authority and authenticity by Brian Cox) as the family’s powerful and domineering patriarch, looming large over everyone in his orbit. Succession revolves around him and who will succeed in either bringing him down or rising up to take his place.

The Malayalam film industry has always remained a step ahead of the rest, consistently churning out quality cinema. Year 2021 alone has had winners like The Great Indian Kitchen, Drishyam 2, Joji, Nayattu, Malik, Kurup, Minnal Murali....

Plus: Multi-format releases were experimented with this year. While Salman Khan’s Radhe released simultaneously in select theatres and on the pay-per-view format ZEEPlex, Thalaivii, starring Kangana Ranaut in the title role, found a streaming release on Netflix and Amazon Prime Video on the same day, after a limited run in theatres.

The ’90s called... and how! While Raveena Tandon made a successful web debut with Aranyak, Sushmita Sen roared once again in Season 2 of Aarya. Sooryavanshi had Katrina Kaif doing a Tip tip barsa paani, while Shilpa Shetty reprised her hit number Churake dil mera in Hungama 2.

While some left an impact — Geeli Pucchi and Ankahi in Ajeeb Daastaans, Hungama Hain Kyon Barpa in Ray — the year saw an overdose of anthologies, most of which ranged between average and poor. A format we need to retire... stat!

Seven hours of seven prosthetic pieces transformed Stellan Skarsgard into Vladimir Harkonnen in Dune. Jared Leto went from slim and long-haired to podgy and balding in House of Gucci, while Jessica Chastain underwent a ‘hellish make-up routine’, in her words, for Oscar favourite The Eyes of Tammy Faye. Closer home, Lara Dutta was virtually unrecognisable as Indira Gandhi in Bell Bottom.

Like always, this year too had some unwatchable content, but none as #facepalm-inducing as Satyameva Jayate 2. A torture fest from start to finish, three John Abrahams (or was it four?), an ear-splitting background score and terrible dialogues summed up this apology of a ‘film’.

Sequels and new seasons dominated the entertainment roster this year. While Bunty Aur Babli 2 and The Matrix Resurrections led the list of sequels, there was many a new season of a popular show — Aarya to Succession, Inside Edge to Kota Factory....

The term ‘trans’ transited from the periphery to the Bolly mainstream with Chandigarh Kare Aashiqui, with Vaani Kapoor playing a trans woman. The Abhishek Kapoor film has been lauded for its attempt to destigmatise the portrayal of a community which is otherwise othered or parodied in our films.

Plus: Taapsee Pannu continued to march on, churning out watchable fare like Haseen Dillruba, Annabelle Sethupathi and Rashmi Rocket. Even off screen, she stood out, from her sartorial choices to her straightforward Twitter talk.

Uniform — on men and women — were an indelible presence on screen in ’21. Indian Army bravehearts in Shershaah, Vidya Balan’s upright forest officer in Sherni, Akshay Kumar and co. in Sooryavanshi, the duo of Raveena Tandon and Parambrata Chattopadhyay in Aranyak.... Kate Winslet’s Mare in the brilliant Mare of Easttown may not have worn her cop clothes at any point in the series, but boy, did she leave an impact. And then some more.

A hush-hush relationship later, Vicky Kaushal and Katrina Kaif got married in December, earning the shipname of VicKat.

A couple we love!

The VicKat dreamy wedding aside, quite a few Bolly couples tied the knot this year. Rajkummar Rao and Patralekhaa looked so much in love in their wedding  pictures; Ankita Lokhande and beau Vicky Jain said ‘we do’ and so did actors Aditya Seal and Anushka Ranjan.

Adarsh Gourav, bringing in a mixture of innocence and menace

to his Balram Halwai,was the scene-stealer in The White Tiger, looming large over Rajkummar Rao and Priyanka Chopra Jonas. The turn has earned the 27-year-old actor a BAFTA nomination as well as a film co-starring Meryl Streep. Whoa!

Quite a few fresh faces made their debuts, but the ones we definitely want to see more of are Ahan Shetty who created an impact with Tadap, our very own Rukmini Maitra who held her own in Sanak and Rachel Zegler who featured as the leading lady in Steven Spielberg’s version of West Side Story.

Fast climbing the Hollywood ranks and now a major screen crush, Zendaya gave us so much more to love her for this year. From her turn as MJ in Spider-Man: No Way Home to matching John David Washington, beat for beat and barb for barb, in Malcolm & Marie. Her Chani appeared on screen for only seven minutes in Dune: Part One, and left us wanting more.