How technology in classrooms is changing the way we learn 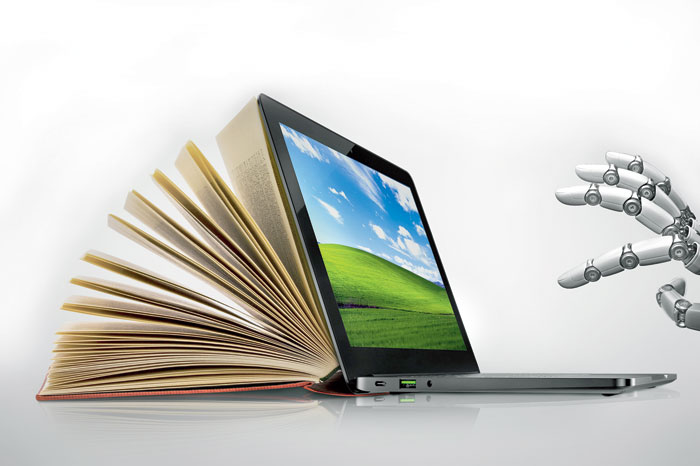 Whether or not you love technology in education, it doesn’t matter. It is growing, becoming larger. One of the challenges is implementing it in academics,” says Stephen Thorpe, a senior lecturer at Auckland University of Technology in New Zealand. He was one of the many professors and deans of colleges and universities from India and New Zealand who attended the New Zealand-India Academic Conclave in Mumbai last week. He was speaking at the session on what works and what doesn’t when it comes to embracing technology in education.

“During the accreditation of business schools in New Zealand, the first thing asked is whether they have embraced technology,” says Arun Elias of Victoria Business School in Wellington, New Zealand. “You are forced to say yes. While there are many positive sides of it, there are negative aspects too,” he adds.

Instead of technology’s effect on teaching, Dwarika Prasad Uniyal of Flame University, Pune, would prefer to ask how technology has impacted the way people learn. “In the last 10 years, children coming into higher education are digital firsts. How to remain relevant is the key question for any academic head these days,” he says. “The moment you say something in class, students are going to Google to cross-check. Gone are the days when you could just churn out facts in class and say this is where learning is happening,” he points out.

Vanita Shastri of Ashoka University believes that face-to-face interaction is as important as technology in a classroom. Christine Woods of The University of Auckland agrees. “Digital technology enables sharing of knowledge and information outside the classroom so that when students come to class, they can engage,” she explains. “It is not just about engagement between teachers and students but also about engagement between the students,” she says.

Hamish Rennie of New Zealand’s Lincoln University jokes that some of his students think they do not need to attend classes anymore and can study online. “They want us to record all our lectures. But, that way, we won’t get to engage with them. And they will not be able to grasp a lot of things,” he says.

Says Uniyal, “Traditionally, we were taught to find answers. That is how the examination system has always been. Now if you flip the whole thing and say that it is an open learning environment, it won’t be easy.” He feels we need to think beyond technology and teach students to be critical, to question and to identify key problems.

“Technology has enabled us to see more documents, quickly and easily. But access to so much information is worrying. There is the problem of information illiteracy, where students cannot tell what is good or bad,” says Rennie while Thorpe talks about academic dishonesty and plagiarism.

Shastri observes, “In India, school students are taught to memorise and write. The closer to verbatim, the better the marks. In college, they are suddenly asked to think, to be creative and to write their own papers — that they can’t copy-paste from Google. But this mental shift takes time.”

Uniyal says, “I am very technology savvy when it comes to teaching but when it comes to evaluation, I go analog.” He asks students for hand-written submissions. Since he teaches marketing and consumer behaviour, the submissions are fieldwork-driven and “copy-pasting is not possible”.

Professors have figured out that instead of punishing students for plagiarism, they should explain the evaluation process to them. “They need to understand the idea of quantification of grades. It is not only how much you have learnt but also how you have learnt,” says Uniyal.

Talking about the successes, Shastri says, “One of our experiments is a co-teaching course across two continents. Second, technology has helped us in assessments and giving feedback. Third, tracking teamwork.” When four people work in a team, one or two are not equally engaged. But now it is possible to track who is doing what.

Says Uniyal, “Even before students come to campus, a lot of material is sent to them so they are prepared by the time they join. Blended learning works more because it gives them flexibility to learn when they are away from campus,” he says. Hamish agrees that technology helps students to study off-campus in their own time.

“Universities should be the engines of innovation where knowledge will come from books and the classroom will be about solving real problems,” says Uniyal. He cites his 12-year-old, who is a game designer. “Where has he learnt? Online. Now he is doing his UX UI testing and by the time he joins college, he will be ready to have an enterprise. I guess, technology is disrupting but in a positive way,” he laughs.

Says Elias, “I was a student in IIT Kharagpur. I landed in New Zealand because my professor asked me to go to his colleague there for PhD supervision and I have remained here for 22 years. That is not possible for every Indian. I think PhD supervision is one area where we can really use technology.”

Elias makes a good concluding point. “Accounting, finance and such domains are going to be taken over by artificial intelligence in 25 years. But what about critical thinking?”

Technology can be an enabler but how to deal with it is the question.