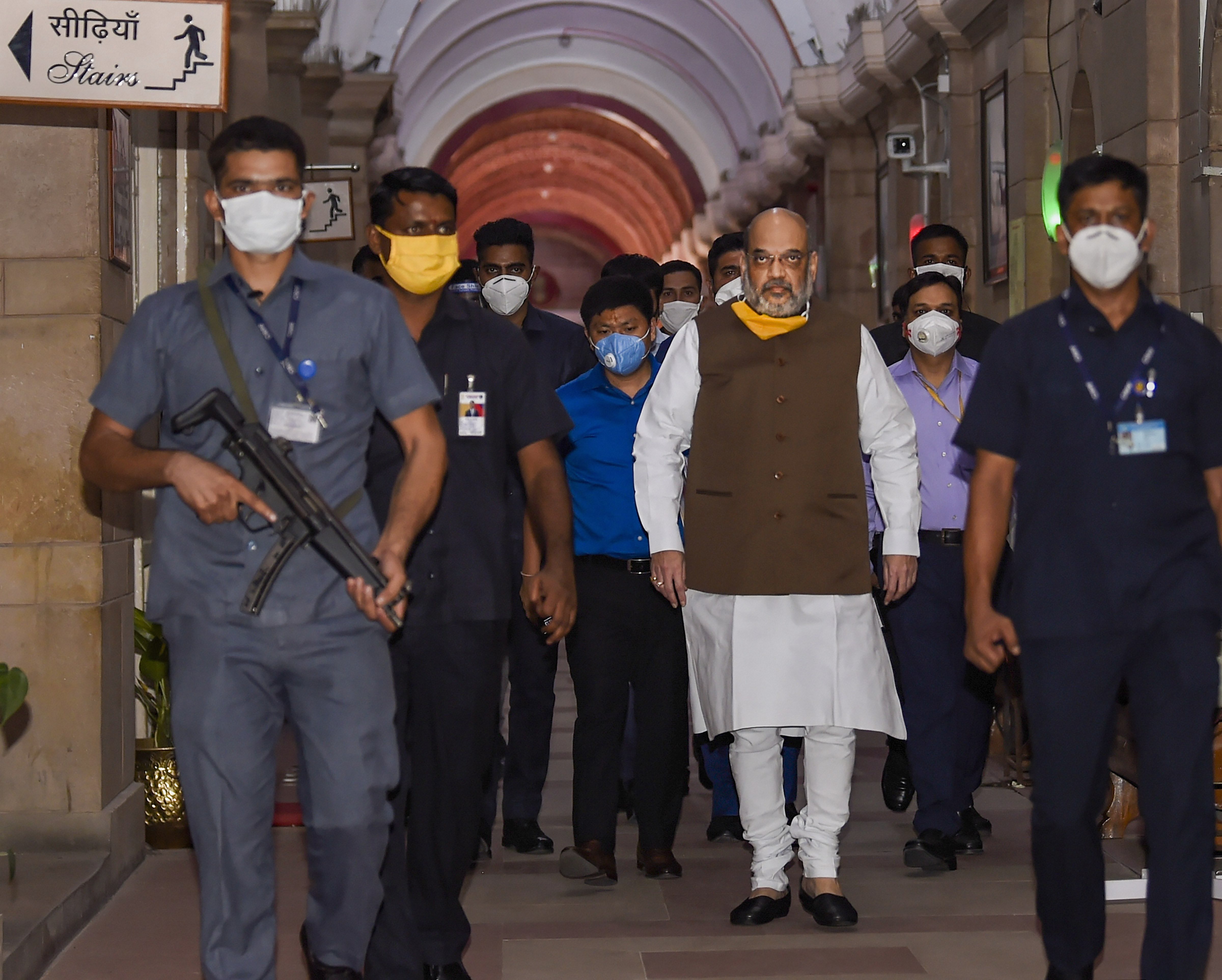 After a meeting with Home Minister Amit Shah on Monday, Delhi's ruling AAP and the main opposition BJP said Covid-19 needs to be fought keeping political differences aside, while the Congress hit out at the Centre and the Delhi government for pandemic surge in the city.

Singh said it was decided in the meeting that politics should be kept away in fighting the pandemic. He said increasing number of hospital beds for coronavirus patients was also discussed in the meeting.

Gupta said a Central team will give a report on capping private hospital charges after which action will be taken to control arbitrary rates charged by them. The party also demanded halving the lab test charges for Covid-19, he said.

'In this hour of crisis, we should fight against the pandemic together instead of trading charges,' the Delhi BJP chief said after the meeting.

Gupta said it was informed in the meeting that an intensive mapping and contact-tracing exercise will be undertaken in containment zones. The equipment for treatment of Covid-19 patients like oxygen cylinder, ventilator and pulse oximeter will be provided by the Centre to Delhi and by the month-end 37,000 beds will be arranged for patients in Delhi.

Delhi Congress president Anil Kumar said he raised the issue of surging numbers of Covid-19 patients in Delhi, holding the BJP-ruled Centre and AAP government in Delhi responsible for it.

'The meeting was an exercise in mutual back-slapping by both the BJP and the Aam Aadmi Party though both the Central and Delhi governments have miserably failed in tackling the Covid pandemic. This meeting should have been held 84 days ago, on March 23 when the lockdown was implemented,' he told reporters after the meeting.

Kumar gave 11 suggestions at the all-party meeting with Home Minister Shah for effective tackling of the virus, including universal testing.

Isolation centres at school and college hostels, deploying final-year medical, nursing and pharmacy students in fighting the virus, Rs 10,000 compensation to coronavirus patients and those living in containment zones, and opening three Delhi government hospitals nearing completion, were his other suggestions.

Delhi Congress will stage a protest against BJP and AAP for failure of their governments in tackling the pandemic in the city, across 1,000 locations on Tuesday, he said.