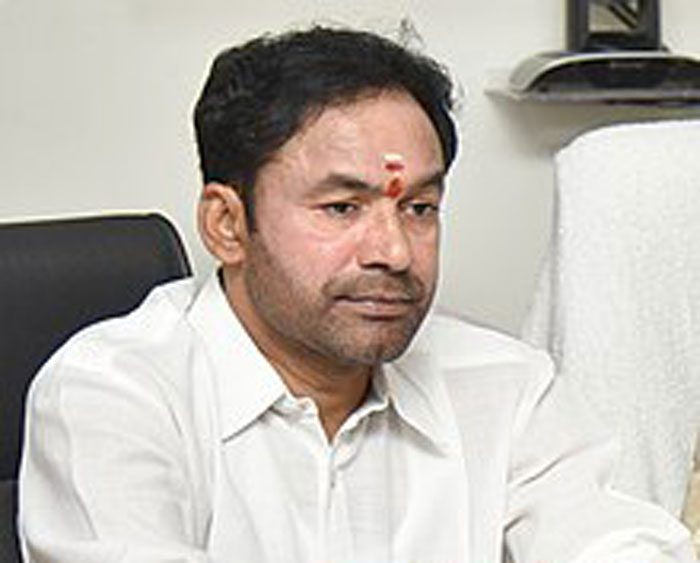 "I warn those behind the violence... The Narendra Modi government has zero tolerance towards it. Our government will take necessary stern action against those involved in arson and violence. Our government will not tolerate any form of violence," MoS G. Kishan Reddy said.
(Wikipedia)
PTI   |   New Delhi   |   Published 25.02.20, 09:28 AM

Union Minister G. Kishan Reddy on Tuesday alleged that the violence in Delhi over the amended Citizenship law has been perpetrated 'intentionally' and the Narendra Modi government would not tolerate such incidents.

He also expressed concern over the violence during US President Donald Trump's visit to the country.

The minister of state for home said resorting to arson and rioting in the name of anti-CAA protests was 'totally wrong.'

He claimed that the law and order situation in the national capital was under control because the Delhi police were working with responsibility.

Alleging that the violence in Delhi was perpetrated intentionally, he said, 'the Centre has been patient. We know people will understand that there is nothing in the CAA that is against 130 crore Indians. It is neither against Pakistan nor Bangladesh or even against any religion or region.'

'Inspite of this they are trying to 'defame' the Modi government and bring disgrace to the country which is very wrong,' Reddy said adding none should think that the Union government was weak.

'Those conspiring to damage the country's prestige are responsible for the violence. Investigations are on and it will reveal whoever is behind it.... we will hold talks with the people following which action (by the government) will be initiated against the perpetrators.'

On the ongoing sit-in protests against CAA and National Register of Citizens in Shaheen Bagh in Delhi, Reddy said it was a sensitive issue and that some political parties and protesters were linking it to religion.

'We are taking measures with caution and exercising restraint. They are our own people. After being provoked by someone they are protesting and that's why we have been patient for the past several days,' he said.

Reddy charged some political parties (leaders) with making speeches at Shaheen Bagh and other places of the country and provoking anti-CAA protesters, Reddy said.

To a query, the union minister said Shaheen Bagh matter was before the Supreme Court and it cannot be cleared now.

Referring to AIMIM president Asaduddin Owaisi's statement that violence would spread in the country if CAA was not withdrawn, Reddy said he was being 'irresponsible'.

'Owaisi has been trying to instigate violence by making such provocative speeches for the past many days. The Centre is firm and CAA will not be withdrawn even if hundreds of Owaisis oppose it,' he said.

Violence spiralled over the Citizenship Amendment Act in northeast Delhi, turning it into a battlefield on Monday with frenzied protesters torching houses, shops, vehicles and a petrol pump, and hurling stones.

The toll in the violence has risen to seven.