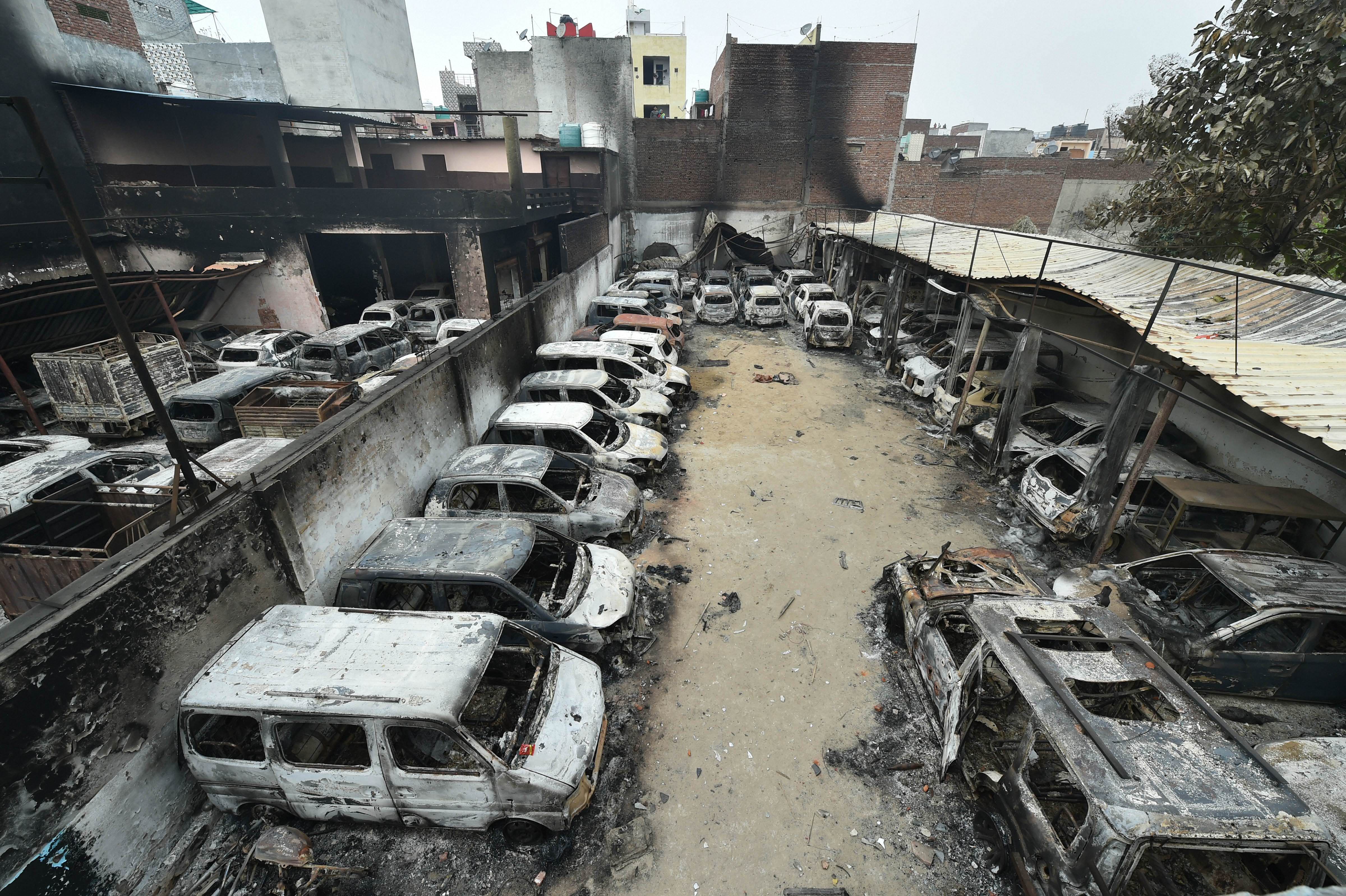 A 13-year-old girl, who had gone to school to take an examination in the Khajuri Khas area three days ago, went missing amid the violence in northeast Delhi, police said.

The girl, a Class 8 student, lived with her parents in Sonia Vihar suburb and had gone to her school, some 4.5km from their home, on Monday morning but has not returned since, they said on Wednesday.

Her father, who deals in readymade garments, told PTI, 'I was supposed to pick her up from school at 5.20pm. But I got caught in the violence that unfolded in our area. My daughter is missing since then.'

A police officer said a 'missing person' FIR has been registered and search was on to find the girl.

Another man, a resident of Vijay Park in Maujpur, said his family members, who were trapped in a house in Shiv Vihar for two days, were also unreachable since Tuesday night.

'I have one house in Shiv Vihar, near Medina mosque. Two of my children live there, two live here in Vijay Park with me. Due to the violence in the area, I could not reach them and have lost connection with them since last night,' Mohammad Sabir, around 70, said.

'They had told me yesterday about mobs surrounding the house and they had managed to escape but I have no clue where they are now. The situation is tense in the area and my appeal to the police is to please help us,' he told PTI.

At least 24 people have lost their lives and more than 200 got injured in the violence that unfolded in Maujpur, Jafrabad, Babarpur, Yamuna Vihar, Shiv Vihar, Bhajanpura, Chand Bagh, Ghonda, among other residential pockets in northeast Delhi since Monday.

A brittle quiet settled over parts on Wednesday as police and paramilitary personnel in large numbers descended on the roads of the riot-hit areas, keeping mobs away.

The Delhi Police said they have registered 18 FIRs and arrested 106 people for their alleged involvement in the violence so far.