Advertisement
Home / Culture / What led to the downfall of the Roman empire?

What led to the downfall of the Roman empire?

Two thousand years ago, the ancient kingdom was at the zenith of its power 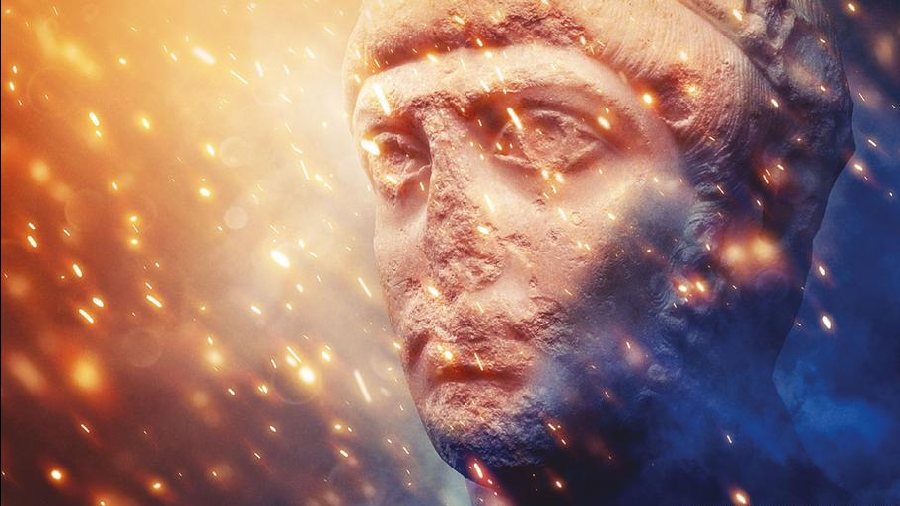 "Romam salvete": Welcome to the Roman Empire. The ancient kingdom stretched from Britain to the Black Sea and from Spain to Egypt. Its military capabilities and technical and cultural achievements had no comparison. Its residents profited from sanitation and fresh water transported through aqueducts, and lived in houses with heated flooring. Even in distant regions of the provinces, there were proper roads and trade flourished. The public refreshed itself through thermal springs and enjoyed exquisite food, while being entertained in theaters and circus arenas.

Even today, there is proof around the globe of the numerous legacies of the once-booming empire. Trier, founded in 17 BCE and the oldest city in Germany, is one such example. Known as "Augusta Trevorum" in the fourth century, it was the seat of the Roman Empire for many decades. The Porta Nigra (Latin for black gate), which can be seen even today, has been a UNESCO Cultural Heritage Site since 1986 and is a testimony to the legacy of the Roman Empire north of the Alps.

Trier is, therefore, the perfect choice for the exhibition "The Fall of the Roman Empire." Three museums in the city deal with the interesting question of how the enormous kingdom faded into oblivion.

The Rheinisches Landesmuseum has several archaeological exhibits in its display, including objects borrowed from the Louvre in Paris, the Uffizi in Florence and from the Musee Public National des Antiques in Algiers. The exhibition shows how the church entered into the political void left by the Romans and the Stadtmuseum Simeonstift Trier shows the legacy of the Roman empire in art and cultural history.

One thing is clear: there was no flash of thunder that destroyed the empire. "If it were so easy, then we wouldn't have this big exhibition and researchers would not have been engaging with the topic for centuries," art historian and project manager Anne Kurtze of the Landesmuseum Trier said, adding that the downfall was a "chain of events."

Did Rome collapse because of its size?

"Obviously, the sheer size of the Roman Empire was always an insane challenge," Kurtze says. Roman generals annexed more and more countries, which became the empire's provinces. High military expenditure was the order of the day so that the outer borders of the kingdom that stretched from the Atlantic Ocean to the Euphrates with a length of around 15,000 km could be secured. In the north, Hadrian's wall and in central Europe, Limes were created to protect the kingdom from Germanic tribes. Construction and upkeep swallowed huge sums of money, as did paying the Roman legions.

Wild Germanic peoples, Goths and uncivilized vandals: Often, the image of barbarians breaking in and hollowing out Roman territories through migration was conjured. But museum curators are wary of the idea. It is a fact that there were refugees running from the invading Huns, but the Romans were also unable to protect their borders by themselves, because their numbers were reducing: the well-being of people in the kingdom had led to a sinking birth rate and there was a need to fill up places in the military.

Foreign soldiers were recruited from the ranks of the "barbarians" in order to strengthen Roman armies. But the newcomers did not really become "Romans." In their hearts, they remained Germanic or Gothic and did not always follow the orders of their Roman legionnaires. They even started civil wars: mostly, it was about payment or their status within the Roman empire. These internal conflicts greatly weakened the empire.

What about high taxes and the decadent upper classes?

From 2 CE onwards, the empire did not expand. That meant that the state treasury did not fill up with war loot nor did new slaves enrich the labor market. Between 429 and 439 CE, vandals gained victory over the most important province of the Roman Empire: North Africa, the breadbasket of the Romans. The income from this rich province was lost and the rulers substituted for their expenditure from elsewhere.

This meant Rome kept increasing taxes, which brought many residents to the brink of starvation. At the same time, the decadent upper class lived in plenty and had little or no interest in politics. A famous example of the eccentricities of the ruling classes is the emperor Caligula. According to historiographers Sueton and Cassius Dio, Caligula named his horse "Consul" and presented him with his own palace and slaves.

The exhibition in Trier also features the famous painting, "The Favorites of Emperor Honorius," by John William Waterhouse (1849-1917). "It shows that the kings were not interested in their tasks as statesmen. But does such a painting depict reality or is it only a cliché, which posterity is making of this empire?" Kurtze asks.

Christianity and the division of the empire

For many centuries, Romans believed in different gods and ascribed values. Under Emperor Theodosius, however, Christianity was proclaimed as the sole religion of the state in 380 CE, weakening Roman ideas.

"The young institution of the church took over many tasks that were being done by the administration of the Roman Empire," Anne Kurtze explains. "However, that was not the reason for the collapse, but a process of change in the crumbling Roman empire."

In 395 CE, after the death of Emperor Theodosius the Great, the empire was divided among his sons: in western and eastern Rome. In the east, Constantinople became the emperor's residence, in the west, Milan, then Ravenna and sometimes Rome. It was still considered a kingdom but was governed by two emperors. But Eastern Rome went down only in 1453 after Sultan Mehmed II conquered Constantinople; the western part was seized from emperor Romulus Augustulus in 476 by the Germanic tribe leader Odoaker.

According to Kurtze, initially little was visible about the crisis in the kingdom in the fourth century. Even in late antiquity, there were many trade relations that helped the city to flourish.

But instead of the Roman Empire, there were smaller kingdoms, governed by Franks, Burgundians or Goths. The Roman empire neither had an effective administration nor maintenance of the infrastructure. Slowly, changes became visible, especially in the cities. The aqueducts fell into disrepair because no one knew how to maintain them. Instead of decorative gardens, the Germanic tribes planted vegetables, marble statues were destroyed because the material was needed to build houses. Step by step, Roman culture also began to disappear.

The exhibition, "The Fall of the Roman Empire" will continue in Trier until November 27. The event also seeks to link to the present, because climate change with disappearing harvests and starvation could also have influenced Rome's fate and created incentives to migrate in late antiquity, Anne Kurtze says. And just like COVID has ravaged us, there may have been similar diseases that attacked the Romans.

From gory to holy