Advertisement
Home / Culture / Style / On top of the fashion world

On top of the fashion world

They are few but a force to reckon with. Taking a look at eight women helming some iconic global fashion houses 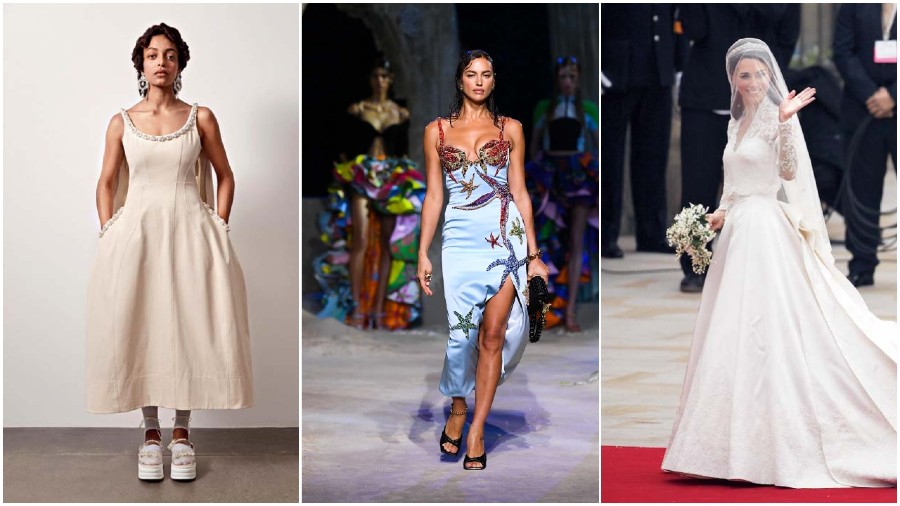 About a week ago, French fashion house Chloe announced Gabriela Hearst as their new creative director after the departure of her predecessor, Natacha Ramsay-Levi. She now joins the ranks of the few but fierce women at the top of the international fashion industry alongside the likes of Miuccia Prada, Virginie Viard, Maria Grazia Chiuri, Sarah Burton and more.

The mystery as to why there are such few female-led brands that cater to women — who were “at least nine percentage points more likely to purchase an item than men for every segment except accessories” (according to Freedonia Focus Reports, 2019) — is possibly akin to why practical elements of design such as pockets and sensible silhouettes are often found lacking in womenswear, I daresay. However, the few women at the helm of fashion have been steadily weaving their legacy into fashion. Here’s looking at a few of them. 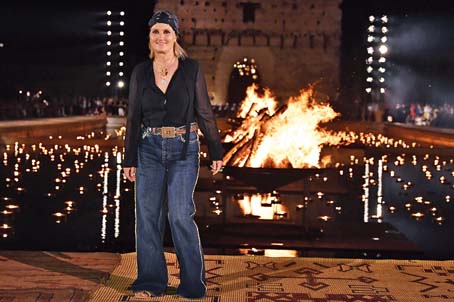 After stints at Fendi and Valentino, her appointment to this iconic brand in 2016 made her its first ever woman designer and there’s been no looking back since then. The Italian designer has worked towards making the brand more inclusive through an intersectional convergence of craft and traditions, bohemian whimsy with European chic. She can also be credited for the widening of the berth of Dior’s lovers from the brand just being known for its French couture house aesthetics to engaging with contemporary social issues through meaningful collaborations. She set its tone from the very onset with her debut 2016 line featuring T-shirts reading Chimamanda Ngozi Adichie’s famous work — We Should All Be Feminists. Since then, her inspirations have included Linda Nochlin’s 1971 essay Why Have There Been No Great Women Artists? And her collaborations have ranged from artist Judy Chicago to the Chanakya School of Craft in Mumbai, and more recently, her showing a collection with words such as “Consent” and “When Women Strike the World Stops” through an artistic collaboration for her autumn-winter 2020-2021 collection. Chiuri is also responsible for the Dior saddle bag that has now become a cult favourite amongst loyalists of the brand. And if achieving artistic glory of a profound kind was not enough, the Christian Dior group recorded a revenue of euro 53.7 billion in 2019, up 15 per cent! 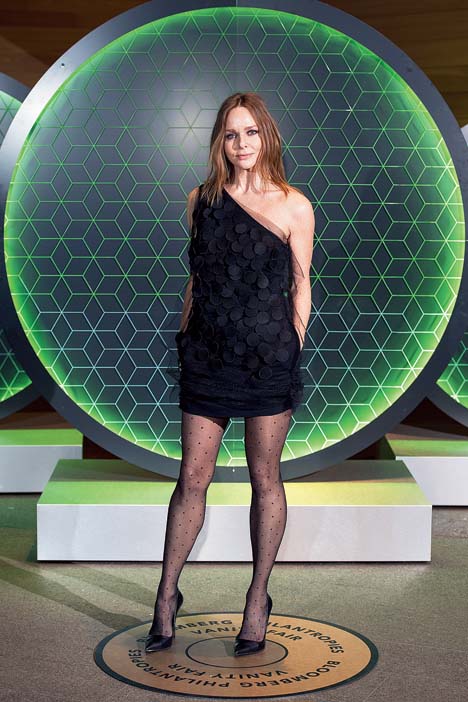 After a stint at Christian Lacroix and at the helm of Chloe, McCartney started with her debut eponymous collection in 2001 as the only designer in her investor Kering’s brand profile with an equal share in the business. Since then, Stella McCartney now has over 50 standalone stores in prime locations across the world. Her brand is known for its chic, sharp tailoring and often regarded as the gold standard for sustainability in the international fashion industry. Celebrities love her for her British designing aesthetics and she was the chosen one to design Meghan Markle’s reception dress for her 2018 wedding to Prince Harry. 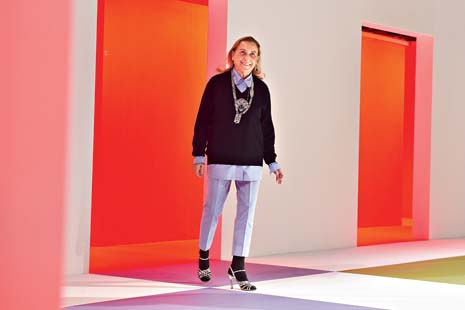 With her political science background and her stint at the Italian communist party, the billionaire designer debuted her womenswear line referred to as “uniforms for the slightly disenfranchised” in 1988. Since then, in 2020, she is the head and heart behind the average of 10 collections that go out between Prada’s menswear and womenswear, and Miu Miu. The brand Prada’s iconic moments include the introduction of nylon in their backpacks, circa 1990; using muted, earthy colours for one of her collections in 1996 when these were not in vogue and accessorising her clothes with silk turbans in 2007. Prada is known for her pioneering foresight in design. She was awarded the Outstanding Achievement Award, presented by the British Fashion Council in 2018 out of many more accolades and is consistently on lists featuring the top businesswomen in fashion. 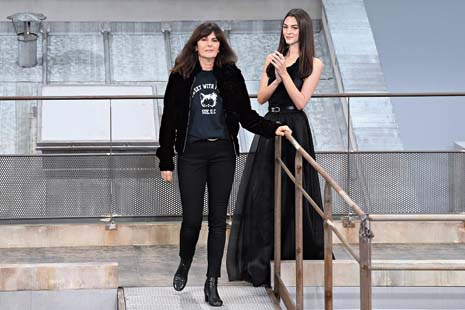 After starting out at the brand in 1987 as an intern, she succeeded Karl Lagerfeld after his death in 2019 and became the brand’s first woman to lead since its founder, Gabrielle Chanel. From casual knits to more formal taffeta dresses in Chanel’s Fall 2020 show to their recent annual Métiers d’Art collection that featured sublime knitted pieces, chic, dreamy layers and leggings, Viard looks poised to continue the legacy of Chanel with a touch of her own design sensibilities. 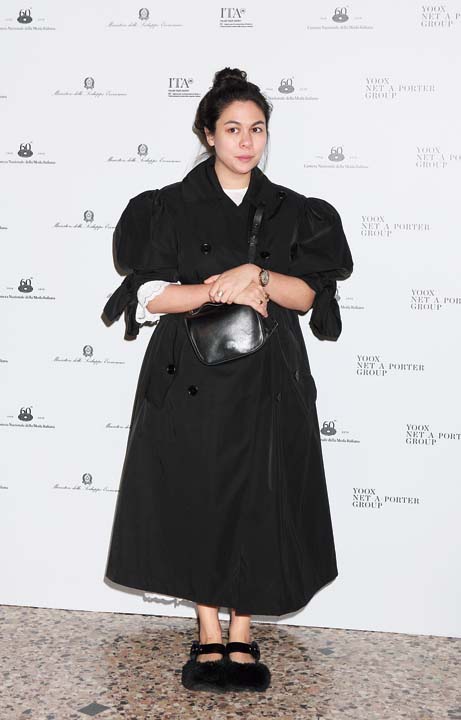 Her designs are feminine but practical and she says she is inspired by listening to what women actually want to wear and that seems to definitely work for her as she now has stores in both US and the UK and stocks at places such as Bergdorf Goodman and Saks Fifth Avenue. Her latest Spring 2021 ready-to-wear line featured volume in the form of escapism that 2020 has left us craving but with practicality as her designs grazed the ankle instead of the floor and had pockets too. Some call her designs tomboy-ish but I see it as what practical women might favour instead of discomfort. 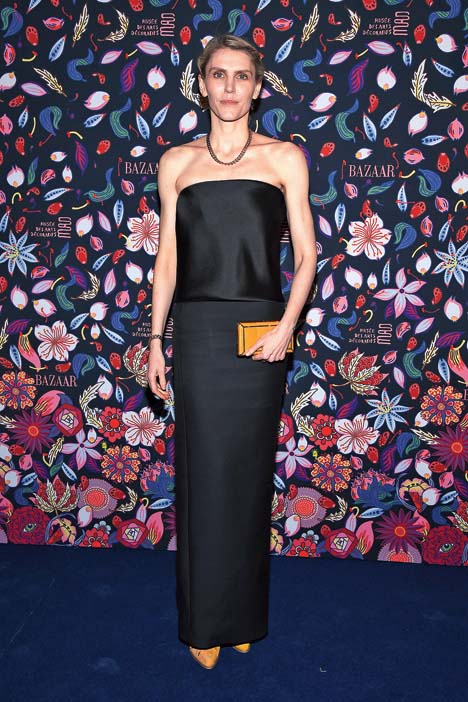 Hearst was named successor less than a week after Natacha Ramsay-Levi announced her decision to step down as creative director. Hearst, known for redefining femininity with her eponymous label, will be presenting her first collection next March during the autumn/winter 2021 season. CEO Riccardo Bellini announced the appointment as he stated his confidence in the Uruguayan designer who is known for her support to sustainability and use of natural fibres. Hearst is already known for her cult-favourite bag designs and her clientele includes Meghan Markle and Nicole Kidman. 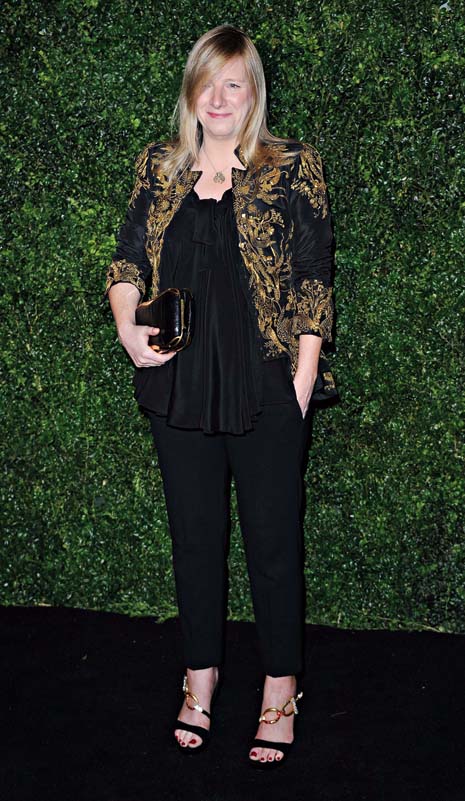 It cannot be easy to succeed the brilliant but troubled Alexander McQueen but right from the onset when she had to finish his Angels and Demons collection after his sudden death and while designing Catherine, the duchess of Cambridge’s wedding dress, the designer has put her best foot forward. From the founder’s often-dystopic take on nature, she has now steered the brand with her leaning towards nature as inspiration and as a celebration of craftsmanship and can be credited for weaving her own touch into the brand’s legacy. 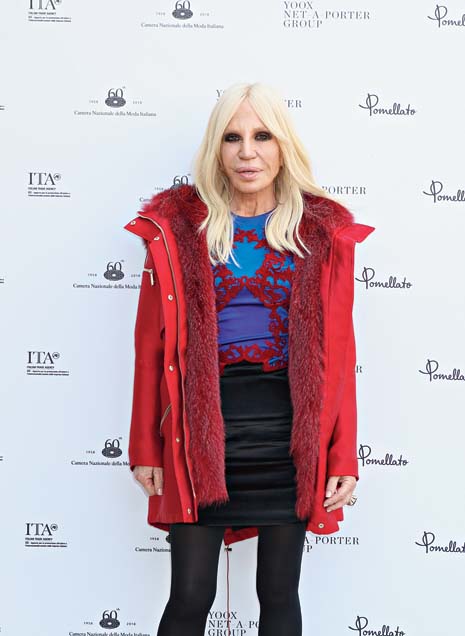 She inherited the company after the death of her brother Gianni Versace, and though she sold it to Capri Holdings (Michael Kors) in 2018, Donatella has remained its chief creative officer. They say Versace is not for the faint of heart and Donatella embodies that spirit as she continues to carry forward the brand’s risqué-but-fashionable legacy ahead, with every single collection and most recently, has also ventured into the sneaker business.