Colours and prints on toned-down silhouettes...

...from the spring/summer '21 shows at NYC and London 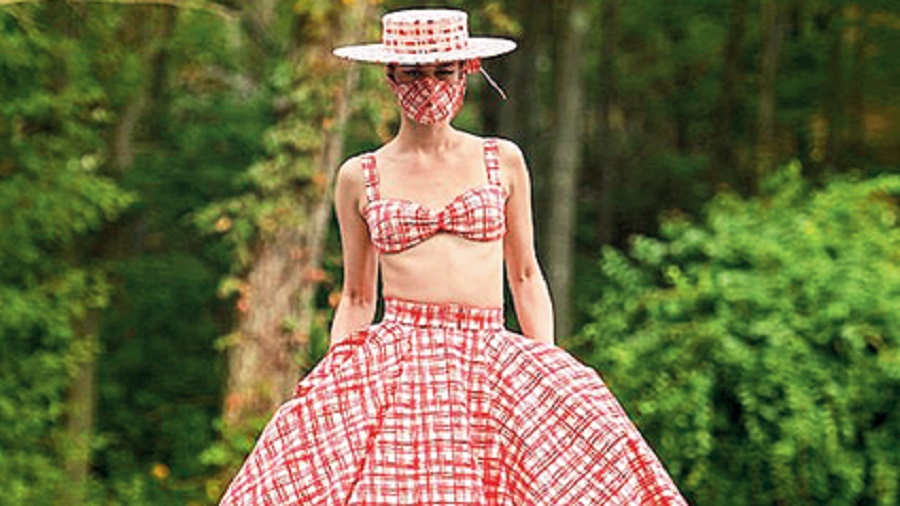 If you’re a fashion geek, enthusiast, aficionado or any sort of sartorial stake-holder at all, you would be gearing up for fashion week, red carpets, after-parties, guessing who showstoppers would be and dissecting each collection after, right about now. And this is true for all countries as September is fashion week season. But like everything else this year, global fashion weeks are also shifting to a mixed-media format of both physical and digital presentations with the latter outranking the former. Keeping in tune with the world that we are inhabiting, fashion has also toned down. It’s time we bid au revoir to maximalism and embrace minimalism in both pret and couture. So here’s our round-up of the highlights from the spring/summer 2021 fashion forecast from New York and London. 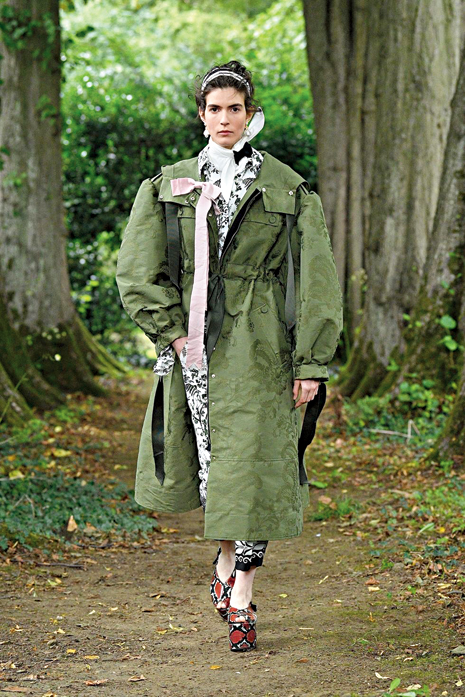 Erdem Moralioglu
Sourced by the Telegraph

With many big names giving this season a miss and many showcasing pret lines, New York Fashion Week (NYFW) did not last its usual week. However, the designers stepped it up to show the resilient spirit of New York City that was touted as the epicentre of the pandemic not long back. The line-up included names like Jason Wu, Tom Ford, Reem Acra and Christian Siriano. Wu opened proceedings with an outdoor show — one of the few — and a collection from his contemporary line paying homage to Tulum, Mexico, where he got married. Airy silhouettes, vibrant colours and separates marked the collection that was conceived as an optimistic dream of future travel. “I honestly wasn’t sure I could make a collection even if I felt inspired to do so…I felt that fashion should simply go into hibernation for a year,” said Tom Ford in his press note for the collection. Well, he did design a collection that comprised PJs, knits in the form of maxi dresses, leisure sets, bikinis and prints, kaftans, airy dresses and even animal print. Siriano presented a backyard show in Connecticut that had some semblance of reality and Billy Porter adding the oomph! Inspired by fantasy, the collection saw bikini tops and full ball skirts, frocks with exaggerated shoulders and patterned suits, paired with SJP by Sarah Jessica Parker heels and matching masks.

“To change, we must move, be it awkward, unfamiliar, uncomfortable, and (hopefully) enlightening” — Bibhu Mohapatra’s spring/summer 2021 collection drew inspiration from iconic artist Amrita Sher-Gil in the form of a film paying homage to her. The 2:40-second short film, for which Mohapatra has tapped New York-based film-maker and friend Shruti Ganguly and photographer JD Urban, will celebrate Amrita, as the designer digs deeper into culture through her lens. The 26-piece collection has custom-designed guipure lace, colourful tulle, Chantilly lace and silk canvas fabrics. Cotton day pieces have been added to denim looks with the “B” logo embroidered in Indian handiwork. Spring colours like chartreuse, lime, pink, nudes and different hues of blue are found in the collection. 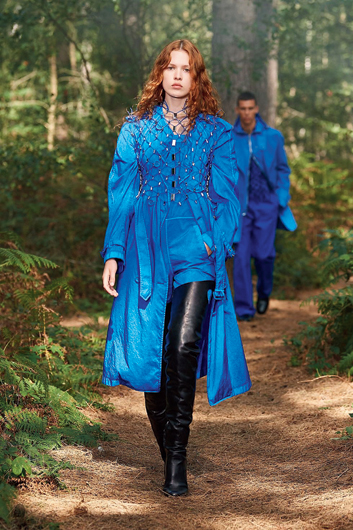 Burberry
Sourced by the Telegraph

The second stop for September was London, which also followed the same mix of digital and physical shows. Erdem Moralioglu drew from history through a show that was aptly set in a forest with models dressed in prints, separates and puff-sleeved empire-waist gowns, the occasional cardigan and jacket and interestingly, denims peeking out from underneath some of these dresses. Victoria Beckham continues to design pieces that are an extension of her own style with tailored pieces for the modern woman with flared pants, layers, dresses playing peek-a-boo with a touch of sensuality, a pop of colours, a hint of casual but always very chic. Burberry presented performance art for their showcase as models emerged from the woods wearing Ricardo Tisci’s signature of elevating streetwear with tailoring in the brand’s beige, along with blues and blacks. The designer called the scene “a love affair between a mermaid and a shark, set against the ocean, then brought to land” and had clothes that were spring soft in their prints and motifs but held in good stead with knee-high boots, denims and jackets. Vivienne Westwood’s collection was launched in a video that starts with her protesting outside a

London court house against the extradition of Julian Assange and goes on to show her collection comprising her usual anti-establishment style and sustainability ethics. Stripes, patterns, prints, colours and mostly gender-neutral designs on “organic cotton, silk and linen; recycled polyester; mulesing-free wool; forest-positive viscose and acetate” form the crux of this collection.