In 1921, a 15-year-old Monica Gupta almost realised her passion for playing the piano. Her daughter talks about her memoir 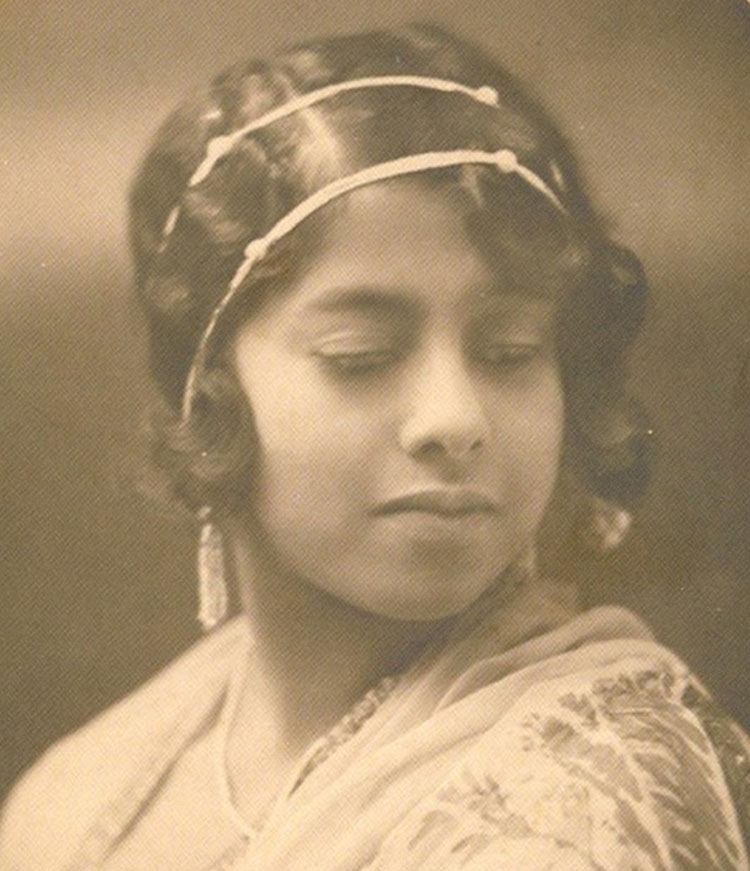 That evening, 40 people sat in the dimly lit room on the second floor of Park Mansions, as Malavika spoke to academician Julie Mehta about another time, another music. It seems Monica, the only daughter of civil servant Jnanendra Nath Gupta and his wife Sarala Dutt, had her first piano lesson when she was eight. Her teacher was an Englishwoman, the wife of the local civil surgeon at Rungpore — now in Bangladesh. Says Malavika, “It was from those first lessons that her love for the instrument grew.”

The book reads like a series of journal entries, although it was written nearly half a century after the events it documents. It describes idyllic days in sprawling government bungalows with wide verandahs and red cement floors. It talks about little everyday rituals — elaborate lunches, afternoon siestas, biscuits for tea and English dinners, interactions with pet dogs, deer, monitor lizards, a crocodile, launch rides and outings with cousins, an indulgent father and a strict mother. But the one thing that appears and reappears is the piano.

The talk is titled “Music Room: A Bengali Woman’s Journey Through Music Lessons”, but it may well have been called A Bengali Woman’s Negotiations With the Piano. Malavika reads out loud about the time when Monica got her first piano.

Those days her father was posted as commissioner of Burdwan division in Chinsurah and the Guptas lived in what was once the Dutch governor’s home, with marble floors and a grand staircase. That was when Monica got her own piano. She writes: “…a Rachals upright piano, an instrument with a deep mellow tone and it became very precious to me”.

The young girl wanted to keep the piano in her bedroom so that she could practise whenever she wanted to, but her mother insisted on keeping the instrument in the drawing room. It was after all a status symbol, she wanted to advertise that her daughter could play the piano. It was an accoutrement, Monica observes in her memoirs, alongside the ability to ride and play tennis.

Monica writes that her mother Sarala — the daughter of the second Indian ICS, Romesh Chunder Dutt — was an accomplished rider and tennis player, although she does not remember having ever seen her mother atop a horse. Malavika tells the audience that she too cannot remember ever having seen her mother, Monica, play the piano. “In fact, I don’t remember there ever being a piano at home. But I did see my mother play tennis,” she says.

But Mother Germaine had believed that Monica was a really talented pianist. And she must have been, for she was chosen to record a piece given that she was the best student of her school. In her words: “Mother Germaine, was very anxious that I should proceed to England and try to join the Royal Academy of Music for further tuition in playing the piano.” The nun invited a Monsieur Sandré — who founded the Calcutta School of Music — to hear Monica play. And Sandré too told her that if she was serious about her music, she should try to go abroad for further training. When Monica mentioned this to her father, he said he would consider it, but that was the end of the matter.

Did it rankle, this subterfuge, even after all those years; long after Monica Gupta became Monica Chanda? The memoir has been penned by an adult, but its lines are made poignant by a child’s sentiment, a child’s resentment fighting with her loyalty to her parents and losing to it. Monica argues against her own talent saying: “Unfortunately I had no such confidence in myself — however much I loved the instrument, I knew I lacked the physical stamina and strength for the long hours of practice required to be judged to join the Academy and be selected to appear for the L.R.A.M. [Licentiate of the Royal Academy of Music, a professional diploma]. Also, I had very little knowledge of the theory of music.”

A boat ride from Chinsurah ghat, followed by a walk through a crowded bazaar to Naihati railway station, a train to Sealdah, and thereafter a ride in a horse-drawn carriage to her elder brother’s house, early lunch there and then another ride to Loreto House in central Calcutta. And then all of it again, in the reverse. It was 1921 and 15-year-old Monica Gupta made this journey every week — albeit chaperoned — all for piano lessons from Mother Germaine of Loreto House.

The audience in the large hall at Alliance Francaise du Bengale listened with rapt attention as Malavika Karlekar spoke of her mother’s journeys to and through music at a recent talk organised by the publishing house, Sampark. Malavika is author and editor of the Indian Journal of Gender Studies and has been dwelling on women’s narratives since the 1980s. She originally worked on her mother’s handwritten exercise books only to familiarise her extended family with Monica’s story. Later, Monica’s memoirs were published as Of Colonial Bungalows and Piano Lessons — An Indian Woman’s Memoirs; Malavika edited it.