Advertisement
Home / Culture / People / Demonetisation has not worked, no two views about it: Bimal Jalan

Demonetisation has not worked, no two views about it: Bimal Jalan 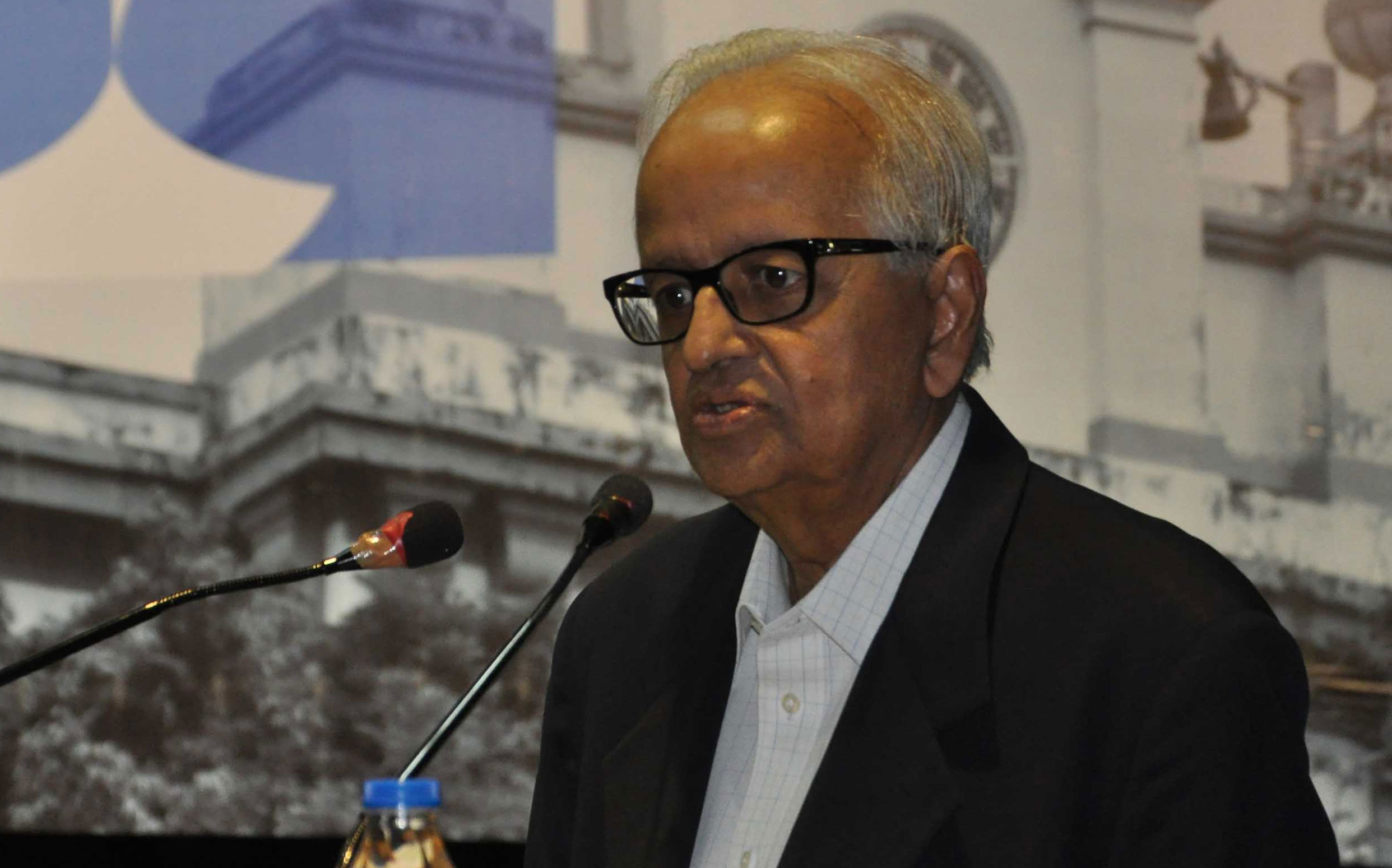 Even 15 years after quitting the Reserve Bank of India (RBI), former governor Bimal Jalan lapses into RBI-speak whenever he doesn’t want to say much on an issue.

We are in Jalan’s office on the sixth floor of an apartment block, a few hundred metres from the Delhi headquarters of the RBI. At the very outset, he tells me not to ask him anything regarding the RBI, and so saying, he breaks into a mild smile.

Should I read between the lines? I eventually decide to, and ask anyway. How can I avoid that at a time when so much is being reported on the differences between the RBI and the Narendra Modi government.

In his latest book, India Ahead, 2025 and Beyond, which was released recently, Jalan lays out a slew of measures a “strong” government can implement with the aim of accelerating India’s growth. He suggests political reforms, lateral entry of professionals, mainly those from the private sector, in government organisations, and restructuring of public sector under-takings without loss of income for current employees.

Isn’t the book a bit late in the day given that the current government is at the fag end of its term? Jalan does not think so. He says, “A number of political and economic reforms can be initiated; they can be implemented later.” Then adds, “This view is not based on party politics. It is mainly about what the government can do to make the economic and political policies more effective, and also (how it can) look at the administrative system to make it more efficient.”

I notice that Jalan, 77, is not an animated talker. And I tell myself, perhaps that’s how central bankers are.

Born in 1941, Jalan is grandson of Ishwar Das Jalan, the first speaker of the West Bengal legislative Assembly

Works for the World Bank in Washington DC

1970: Returns to India and joins ICICI in Mumbai as chief of economic staff.

1997: Becomes RBI governor. Then a member secretary of the Planning Commission, he beats finance secretary Montek Singh Ahluwalia and Arjun Sengupta to the job

Appointed by the United Front government, he offers to resign when the NDA comes to power, but stays on

2003: Gives up office before completing term to become member of Rajya Sabha

The BJP led by Narendra Modi may have been the only party since the Rajiv Gandhi-led Congress government to have grabbed a single-party majority, but fact is, it is minority (the Narasimha Rao-led Congress) and coalition governments like the ones led by Deve Gowda, Atal Bihari Vajpayee and Manmohan Singh, that gave India its highest growth rates. The numerical strength of a government, at least in India’s context, has had little to do with economic growth, or radical decision-making. Jalan doesn’t dispute that.

He says, “Coalition governments per se doesn’t mean there will be no growth. But if you want to achieve fundamental reforms, you need a strong government. Since it is the Centre that launches most of the schemes that affect the people, a strong government at the Centre can have the will to delegate more responsibilities to the states.”

The former RBI governor and law-maker (he was member of the Rajya Sabha) is on one hand advocating a strong central government, and on the other, seeking decentralisation. It seems paradoxical to me. Jalan says, “We can decentralise the powers of the Centre and let the states have more say in implementing them. I am for a strong Centre, but a federal one.”

But then, strong governments have a strong takes on things, don’t they? For instance, finance minister Arun Jaitley recently said, “Ultimately at the Centre or in states, it’s only the elected who are accountable. The non-accountable are not accountable.” The statement was widely seen as an indirect attack on the RBI. And now it is being widely reported that the government has been trying to clip the RBI’s wings through political appointments to the RBI board and also intends to dip into the contingency reserves of the bank, something that has never been done before.

On this issue, several experts have sided with the RBI, arguing it is an independent institution and should remain so. Jalan doesn’t agree. He says, “That is a completely wrong impression. We have institutions that are part of the governmental process like the Election Commission, the Central Vigilance Commission and the Comptroller and Auditor General. The heads of these are appointed by the government but they are independent from the government. Whereas the RBI is part of the system and it works with the government on inflation, growth, credit structure and other related matters. A consultative process is very important. Of course, there can be disagreements. But in my opinion the elected government’s opinion should prevail. That’s my reading of the law.”

He holds that the RBI is “a very autonomous institution”, but it doesn’t mean that it is not accountable. “It is accountable to the Parliament, the judiciary and also the government.”

He says that government is also within its rights to invoke Section 7 of the Reserve Bank of India Act, 1934 — a provision that has never been used since the inception of the law. According to Section 7, the central government can issue directions to the RBI as it may “consider necessary in public interest”.

The RBI is set for a critical board meeting tomorrow and many fear it will be stormy with government nominees on the board pushing the RBI brass to let the government have its say. Will the current RBI governor, Urjit Patel, heed Jalan’s advice on who is the real boss?

We shall find out.

Since Jalan dodges questions related to political appointments to the RBI, such as controversy-seeking RSS ideologue S. Gurumurthy’s, we shift our conversation rupee-wards. Managing the exchange rate of the rupee is the domain of the RBI and despite the recent fall, Jalan says the RBI has done a great job. He does not consider the debate in the media and among the public that a falling rupee means that something is not right with the economy. “Strong rupee and weak rupee are just words. What is important is to have an effective exchange rate. It is a fine balance and the RBI knows it very well. It is true that from the public’s point of view a falling rupee is looked at negatively, but it cannot be avoided if inflation is high and rupee rate needs to remain competitive.”

Jalan should know what he is taking about; after all, he was the RBI governor under whom the country weathered the late 1990s Asian crisis, when the currencies of several East Asian countries tumbled, but India stayed clear of the contagion. He also had to manage a difficult situation after the 1998 Pokhran nuclear blasts. “It was a very difficult period. Within a couple of days we lost four or five billion US dollars. Nobody gave us a chance to survive as we had several factors going against us. India was under sanctions after the Pokhran blasts, but in consultation with the government, the RBI managed the situation quite well. Every measure taken by the RBI was with the complete backing of the government.”

It sounds almost as if Jalan cannot imagine the RBI ploughing a lonely furrow on anything related to the economy.

Which reminds us that when Prime Minister Modi announced demonetisation in November 2016, Jalan said he would “wait and watch”. Now, he is very emphatic about his assessment: “There cannot be two views on the fact that demonetisation hasn’t worked. When it was launched there was tremendous uncertainty about whether it would be able to reduce the volume of black money effectively over time. As is now clear, the impact of demonetisation was particularly negative for small and medium sectors, as well as the unorganised sector.”

I ask him why the government attempted it at all. And this time he shrugs and gives me a no-more-questions-on-the-issue look.

While Jalan is of the view that the economy is doing fine, I point out that the situation on the ground doesn’t exactly reflect government statistics in the form of gross domestic product or GDP numbers and others. “It is true that credit growth, which is an indicator of economic growth, has not been robust recently but we have done fairly well over the last four years. No doubt, between 2004 and 2014 growth was better. But I am sure it will pick up in the coming months and years.”

As we wrap up our discussion on a near animated note, I get a sense that in case relations between the RBI and the Centre get any worse, Jalan may be called in by the government to steady the ship. But then, that could be just my reading of RBI-speak.