Advertisement
Home / Culture / People / Fox Mulder move over, these bhoot sleuths have their own X Files

Fox Mulder move over, these bhoot sleuths have their own X Files 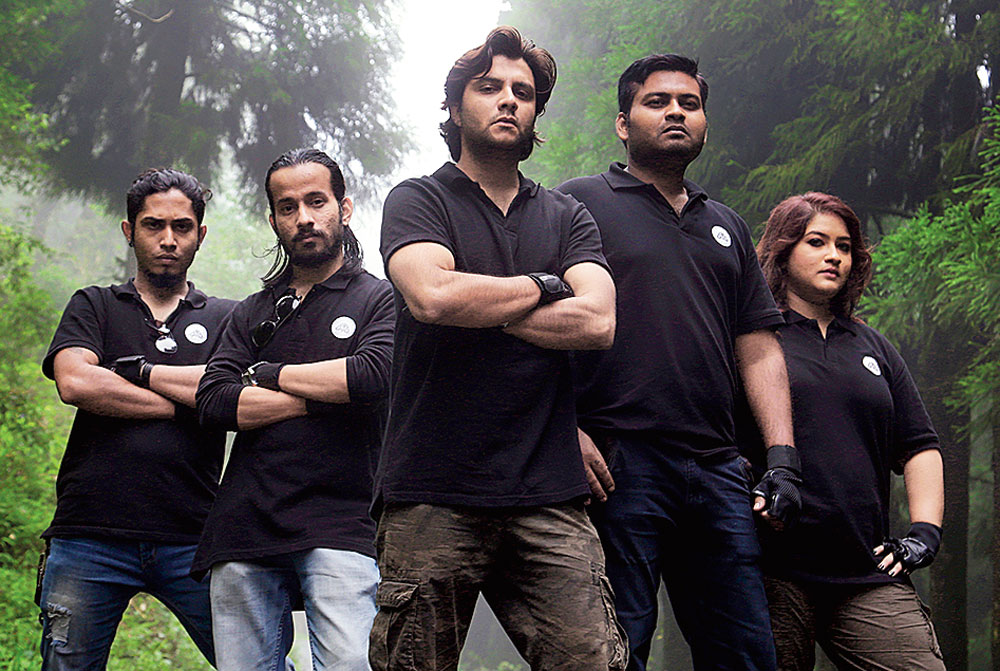 The bhoot sleuths took great pains to establish the scientific credibility of their enterprise. They presented a detailed list of the gadgets that they carry on their expeditions: electro-magnetic field detector; sound recorder, thermometer, laser grid, motion detector, cameras and so on.

However, the team is, at times, on a sticky wicket when it comes to scientists. Devraj asserted confidently that “Aristotle” had been vilified for claiming that the earth moved around the sun. (One wonders what Copernicus and Galileo, the two men who actually fortified the principle of heliocentrism, have to say about this.) But their faith in para-science is unshakeable. Kanishka’s eyes rolled, as if he had spotted a ghost, after being told that his interviewer had not heard of Nikola Tesla, the Serbian-American inventor, who, in the early 1900s, had built a crystal radio that detected strange, spooky noises, apparently from the paranormal universe.

The detectives do not have a Watson; so they seemed to relish the task of telling their experiences of hauntings themselves. Suman and Devraj recounted how, during a visit to Kurseong’s Dow Hill, “one of India’s spookiest places”, a member of the team suffered mysterious scratches on his back.

But spirits are not the detectives’ real adversaries. Their foes come in flesh and blood. “Some years ago, when we visited Vikas Bhavan for permission to explore parts of the National Library, we were told, after considerable resistance, that permission would be given only after we shelled out a sum of Rs 50,000 as donation,” confided Subhajit. Recently, in Birbhum, the detectives had met another mercurial challenger. A descendant of a noble family had asked Team DoS to probe a set of strange experiences that had been reported in his mansion. The team had been accompanied by the crew of a television channel on that particular mission. The results of their expedition had been inconclusive. But the local people later blamed the bhoot sleuths for promoting superstition. There had been quite a bit of unrest and their effigies burnt publicly. “People readily accept the existence of god even though the proof of his existence is inconclusive. But they resist enquiries into the shadowy world of paranormal activity,” argued Devraj.

Devraj’s dilemma is not insignificant. For it exposes the thin, fractious line that the detectives of the paranormal are treading. On the one hand, fingers are pointed at them for promoting irrationality even though their claim is to simply kindle in the public consciousness an interest in the twilight zone. On the other, on the occasions when a mission does succeed, the private eyes are vulnerable to unscrupulous elements who are keen to exploit their investigations for profit.

“The media is a many-headed monster,” said one of the members who wished to remain unnamed for this quote. “It has undoubtedly helped us establish a niche for ourselves. But the media is also quick to distort and sensationalise our investigations, making people forget that our real purpose is to encourage the culture of scrutiny.”

It can be said that, in their own way, these young detectives have helped exposed a fundamental contradiction that lies within this Age of Reason. Has the pursuit of the rational made civilisation rigid and intolerant of all that defies reason?

Time, apparently, is immaterial to ghosts. But the same does not hold true for those who seek them. So do the bhoot sleuths have a bhobishyot in an increasingly polarised intellectual ethos? Suddenly, shadows seem to flit across the young faces. “We need more young people to join us. Only then can such a mission survive,” said Subhajit. Devraj pointed out that greater collaborative initiatives, such as one between the bhoot sleuths and rationalist and scientific organisations, could be critical in sensitising the public discourse.

The challenges Team DoS faces are formidable. Bureaucratic conservatism that restricts the group’s access to public spaces that are supposed to be haunted; the reservations of sponsors and educationists who remain unconvinced that the detectives are, in fact, encouraging the diversification of thought; a cynical media that eggs them on but is also quick to denounce their credibility; public sentiment that remains hostile to avant-garde thinking.

Did the departed ones, a far kinder lot than humans, gift our morose detectives a glimpse or two on this bhoot chaturdashi? That may have lifted their (ahem!) spirits.

The Boy Who Chased Cancer

Rather apt it was that the meeting with Calcutta’s bhoot sleuths had been set up one day before bhoot chaturdashi, the ritual — it falls before Kali Puja — of lighting lamps whose light, it is believed, helps departed souls descend from the firmament. Of course, the bhoot sleuths — five men and one woman — go by a different name. This band of youngsters who say that they are interested in a scientific examination of the realm of the paranormal — not just ghosts but everything that falls beyond the purview of reason — call themselves Detectives of Supernatural. Or Team DoS, if you will.

Bhoot, etymologically speaking, refers to the past. Naturally, the bhoot sleuths, too, had a beginning. “It all started as a means of honouring our shared love for adventure and the spirit of enquiry,” said Devraj Sanyal, the founder of the team. The composition of the team has, however, changed over the years as some of Sanyal’s initial recruits were more interested in temporal pursuits — money — than the pleasure in the art of detecting spirits. Apart from its leader in shades and a ponytail, Team DoS consists of Suman Mitra and Ishita Das (they look after the creative aspects), Anindam Ghosal (the techie), Subhajit Saha (field investigator) and Kanishka Saha (researcher).

China lands spacecraft on 'dark' side of the moon