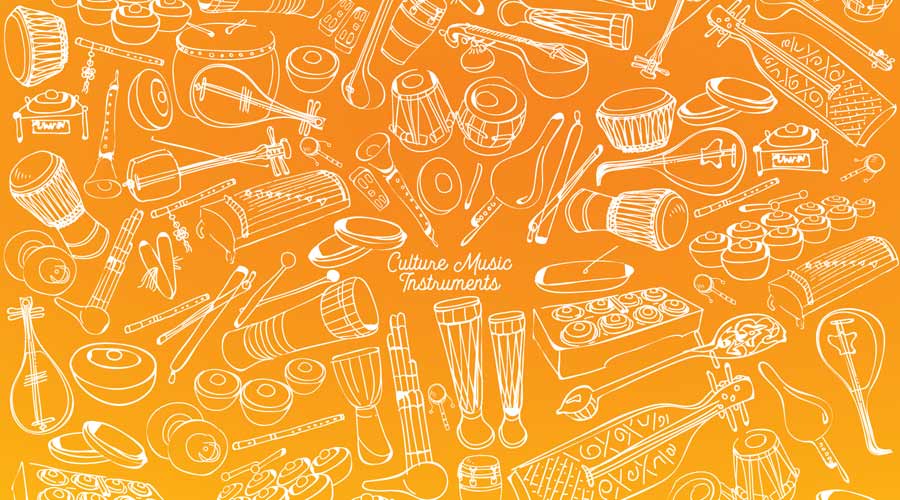 "Give me a topic and I will compose a folk song in a matter of minutes and sing it to you," says A Pazhania Pillai for whom folk media is an innate exchange of information and an effective tool to impart education to people.

Pillai, who chronicles issues concerning the people and offers solutions through his songs, believes that folk media is still relevant and a vibrant platform to create awareness among people, especially on health and social evils.

Heads spontaneously turn towards him whenever he sings during a performance and as his lengthy beard sways with his chin, people stop to hear his songs in full. His songs invariably are played during awareness campaigns of the state government, at busy market areas or in scenic tourist posts like Kanyakumari.

He has composed over 700 folk songs in a career spanning over three decades. This folk artiste, singer and lyricist -- all rolled into one, has brought out more than 25 CDs containing his songs which were distributed to the people and also used by the field publicity departments of Tamil Nadu and Puducherry for their awareness programmes.

"My journey with folk songs began in 1984. Initially, I sang songs composed by others, mostly those composed by G Nammalwar (the late agri-scientist) and gradually began to utilise the folk song medium for awareness programmes," Pillai told PTI.

He composed his first song in 1984 and over the years performed more than 2,000 street plays and trained over 500 theatre artists. Two of his songs on the National Leprosy Eradication Programme have been translated into Hindi and are being used to propagate the message for early diagnosis and treatment besides removal of the stigma.

His songs on blood donation, against HIV/AIDS, leprosy, tsunami, Sarva Shiksha Abhiyan, elephantiasis, dengue, Clean India campaign and COVID-19 are very popular across Tamil Nadu, particularly in Kanyakumari district from where he hails. The district shares borders with Kerala.

"I composed (and sang) 20 songs on tsunami and 20 on the pandemic during which I undertook a month-long bike awareness campaign," he said.

Pillai, who is the Swachh Kanyakumari ambassador, had been conferred with the Tamil Nadu government's prestigious Kalaimamani award in 2020 and prior to this the Kalaisudarmani award. He is currently a resource person for the Tamil Nadu State AIDS Control Society.

"This art should be encouraged and folk artists should be given opportunities to excel and be recognised," says Pazhania Pillai, who is conspicuous with his bright coloured kurta.

Is there anything that he feels he could not achieve?

"My only regret is, I haven't learnt Hindi," the 60-year-old Pillai replied.

"I would have taken my songs to various parts of India had I learnt Hindi. Though I am happy that my songs are played during the awareness campaigns of the state health department, I feel the songs have been confined only to Tamil Nadu" he said and added he hoped that his songs would be heard across the country since they all contain valuable messages to the people.

Born as the fifth child in an ordinary family in Bhoothapandi village in the coastal Kanyakumari district, close to the house of late Communist leader P Jeevanandam, Pillai lost his father, who was an ex-serviceman, when he was just 9-years-old.

Life has been a constant struggle for him and his siblings. His mother would rise early, make appalams (papad) and sell them. With the proceeds, she came home to prepare meals for them.

"I am happy that I have seen the silver and golden jubilee of our Independence. And now, Azadi Ka Amrit Mahotsav celebrations. My daughter has been married and I wish my son, who completed ME, gets a government job," he said.