The event was not just thematically beautiful but also had some stellar performance from the likes of ED Sheeran, One Republic and more… 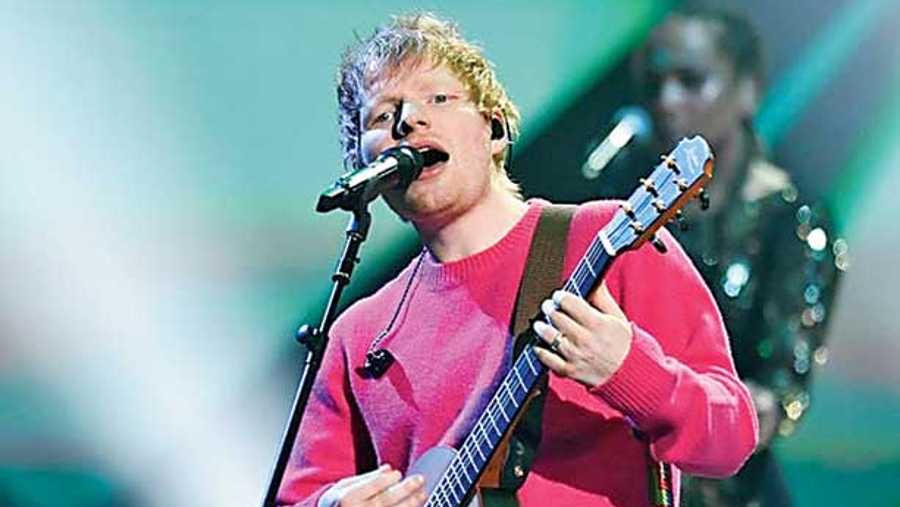 It’s been quite some time since we had seen Ed Sheeran at a music award ceremony, so the Bad Habits singer made quite an impression at this year’s MTV Europe Music Awards, which was held in Hungary on Sunday evening. He opened the show performing Overpass Graffiti sporting a quirky suit, which was a riot of colours. He also bagged awards for Best Artiste and Best Song, besides performing Shivers.

Yungblud received an award for Best Alternative and the Brit used the chance to inspire listeners. “This award is a tribute to individualism. This is an award for the 13-year-old boy from the North of England who was absolutely terrified to be who he was. I would like to look down that lens and say, ‘If you’re out there and you feel like you cannot be who you are, you can be. Keep fighting, keep being brilliant, your imagination and your individuality is the best thing you can have’,” he said and closed the night with the song Fleabag.

Saweetie’s first time as host of EMAs had her moments — a few fumbles here and there but there were plenty of high points, like the moment she sipped champagne, hosted mini pool parties, a Squid Game sequence and the best part was winning the Best New Artiste award. She thanked her fans for being there ever since she started rapping in her car.

Italian band Maneskin made a name for themselves with their cover of Beggin by Madcon but now there’s no looking back for them as they took home their first EMA. They bagged the award for Best Rock surpassing Coldplay, Foo Fighters, Imagine Dragons, Kings of Leon and The Killers. Damiano David, the lead singer of the band, said: “We want to say that people usually told us that we were not going to make it with our music — well, I guess you were wrong.”

The MTV EMA has always been encouraging to promising musicians. This year the stage was open to Griff and Girl In Red. Griff’s debut performance came with One Night and it was packed with a strong visual element. After that came Girl In Red. Dressed casually, she performed Serotonin which was an intimate performance.

Imagine Dragons is known for delivering power and emotions. The American pop-rock band didn’t fail as they performed Enemy with rapper JID. As the song proceeded and JID lent his voice for a verse, the rapper as well as lead man Dan Reynolds practically tired themselves out, ending the performance lying down on the floor.

Four out of four

Of course, Korean boy band BTS had to receive at least one award. The group was nominated for four awards and won all of them — Best Group, Best Pop, Biggest Fans and Best K-Pop.

Emiway Bantai has won an EMA in the past. This year it was Divine’s turn, who was awarded the Best India Act, beating the likes of Raja Kumari and Kaam Bhaari. Divine wasn’t there and till the time we went to press, there was no official statement from him.

Nicki Minaj won the award for Best Hip Hop and although we missed her fierce performance, her “thank you” came through a video message. “I’m just checking in, thank you guys. I wish I could be there, shoutout to the EMAs. You win again and again and again.”

An award show feels empty when Taylor Swift is not present. She won the award for Best US Act under the Worldwide Act category and her video message was simple: “I want to thank the fans who have done absolutely everything for me in a life that has been good.”

Lil Nas X is about glam, pizzaz and drama. Though he could not make it to the EMAs, he won an award for Montero (Call Me By Your Name). Instead, he delivered a speech from a Taco Bell drive-through sporting the restaurant’s famous uniform. “I’m sorry I couldn’t make it tonight. I had to work my shift in Taco Bell,” he said.