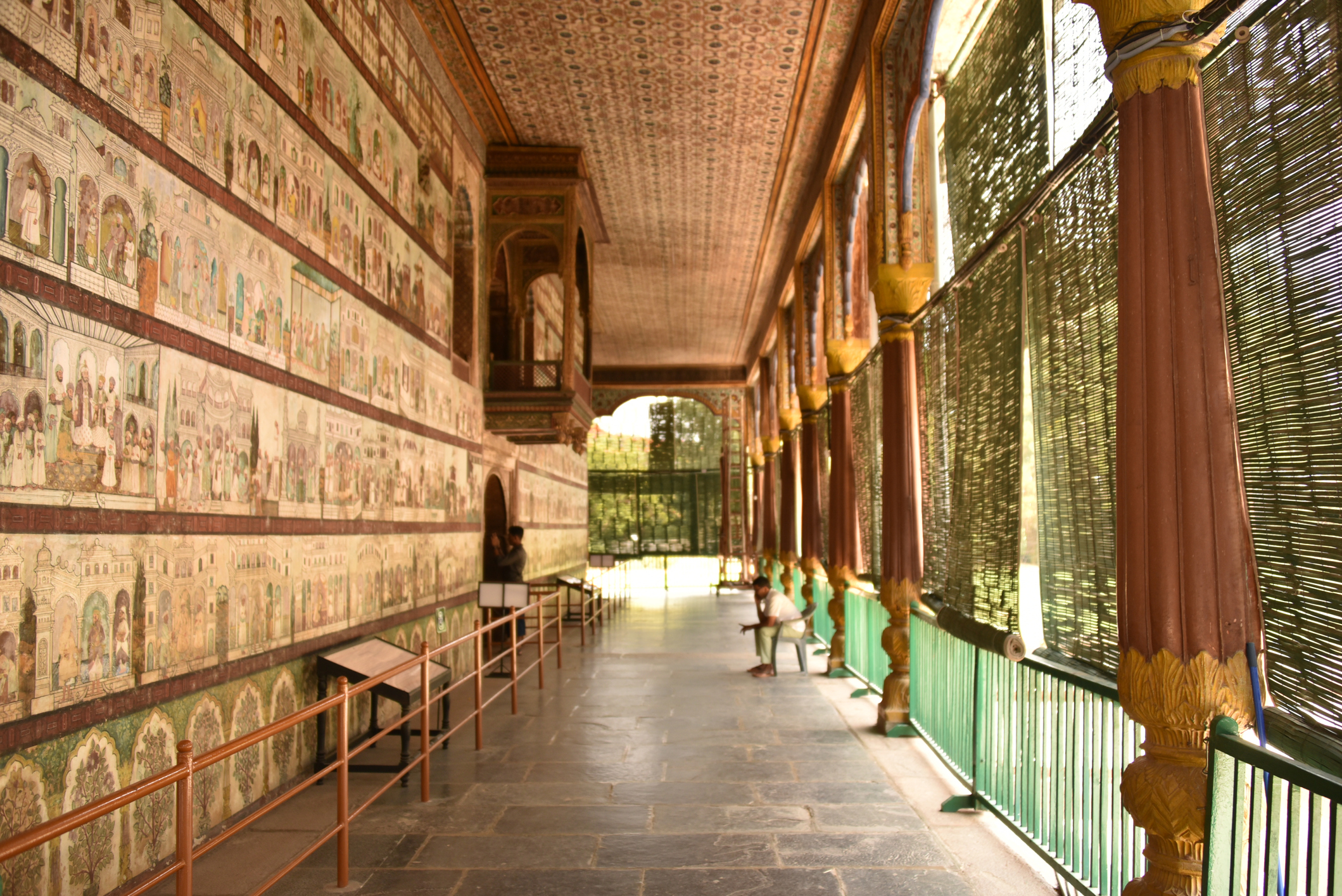 I have a friend who, as it turns out, is a mystic. She named her cat Tipu Sultan. It was only upon visiting Srirangapatna a few months ago, about half-an-hour away from Mysore, that I realised that Tipu, the Tiger of Mysore, who had fought the British in flesh and blood and whose spirit is battled, on occasions, by the Bharatiya Janata Party in Karnataka, indeed, has nine lives. He may have fallen in the course of the fourth and final Anglo-Mysore War. (An enclosure near the Hoally Gateway inside the Srirangapatna Fort marks the very spot.) What the Raj did not know, however, is that the Mysore Tiger, much like the metaphorical cat, had several lives to spare.

My tryst with Tipu, I must admit, had begun with the Sultan’s Sword. The Sword of Tipu Sultan, a rather dramatic portrayal of Tipu’s life, had been televised in 1990. Soon, the Sultan and his Sword developed a cult following. I like to imagine that I was the founder of the cult. Sanjay Khan — Tipu on screen — had suffered considerable burn injuries when a devastating fire gutted the studio where the teleserial was being shot. But Sanjay, like Tipu, survived.

So when an auto driver suggested that we drive to Srirangapatna while I was looking for Mysore’s famous pak in Devaraja Market, I decided, somewhat uncharacteristically for a Bengali, to junk sweet for sightseeing.

I savoured the decision by the end of the day.

Abdul, a migrant to Mysore from Mumbai, drove his auto much like Tipu rode his horse (as Sanjay Khan would have his fans believe), regally snorting at trucks as he galloped past them. The autumnal day was coming to an end, and Srirangapatna, I was told, would shut its doors soon. Thirty minutes later, the autorickshaw stood outside the Gumbaz, the mausoleum of the man I had journeyed to meet.

Tipu lay next to his father, Hyder, inside this dome-shaped refuge studded with latticed windows and granite pillars. The room — light and shadow played inside it — was slowly filling up with schoolchildren, teary-eyed women and tourists with sad countenances. Appachu Ranjan, a BJP leader, had demanded that references to Tipu be dropped from Karnataka’s school textbooks. He would have shuddered to see this diverse group of people, Hindu and Muslim, young and old, men and women — a microcosm of the Republic — stand silently, heads bowed in the memory of a national icon, inside a room sweetened by the aroma of incense.

AutoAbdul and I dashed to Daria Daulat Bagh next, the summer palace that Tipu had built in 1784. The daria in the title — the Kaveri — can no longer be seen. But the murals, stretching across the walls of the colonnaded building, which can be reached after a walk along perfectly trimmed lawns, offer stunning compensation. One of the wall depictions happened to be of Hyder and Tipu, Father and Son, on horseback. Sanjay Khan, I decided then and there, was not a patch on Tipu.

But some realities can be crushing. The Srirangapatna Fort is one such. History, here, has been disembowelled by modernity. The moat is a sorry sight; some of the structures looked equally dishevelled; several residential buildings have come up within the fort, their walls plastered with ugly graffiti; only the magnificent Sri Ranganathaswamy Temple stands tall, defying time and ruin. What is it that the BJP crows about Tipu being allergic to temples?

Lieutenant Richard Bayly had described “a tremendous storm of wind, rain and thunder” that had struck Srirangapatna on the day of Tipu’s burial — it took place on May 5 — striking dead his lascars and causing elephants, camels and horses to scoot in panic. His soldiers, Bayly is said to have written, were convinced that the “satanic majesty” had come to attend his own funeral in person.

I noticed that the light had changed, from gold to grey, as we were returning from Srirangapatna. The highway had gone darker, a low wind was blowing, and I could not see much except Abdul’s hunched silhouette on the wheel.

“Is it true,” I asked him, “that the Sultan is believed to haunt the Gumbaz, the Daria Daulat Bagh and the ruins of his fort when day turns into a night of thunder?” The rising wind drowned Abdul’s reply.

I wanted to tell Abdul to turn back towards Srirangapatna. But he may not have done my bidding. For Abdul, and countless other Indians, have no wish of spotting Tipu’s ghost among the ruins. The Sultan lives in their hearts.

Tipu Sultan row: Driving the Hindutva horse too hard has its risks