Advertisement
Home / Culture / Heritage / In the midst of malls, coffee shops, the pedlar's cries can still be heard

In the midst of malls, coffee shops, the pedlar's cries can still be heard

They are all their own unique voices and selling points. But they're faceless, mysterious 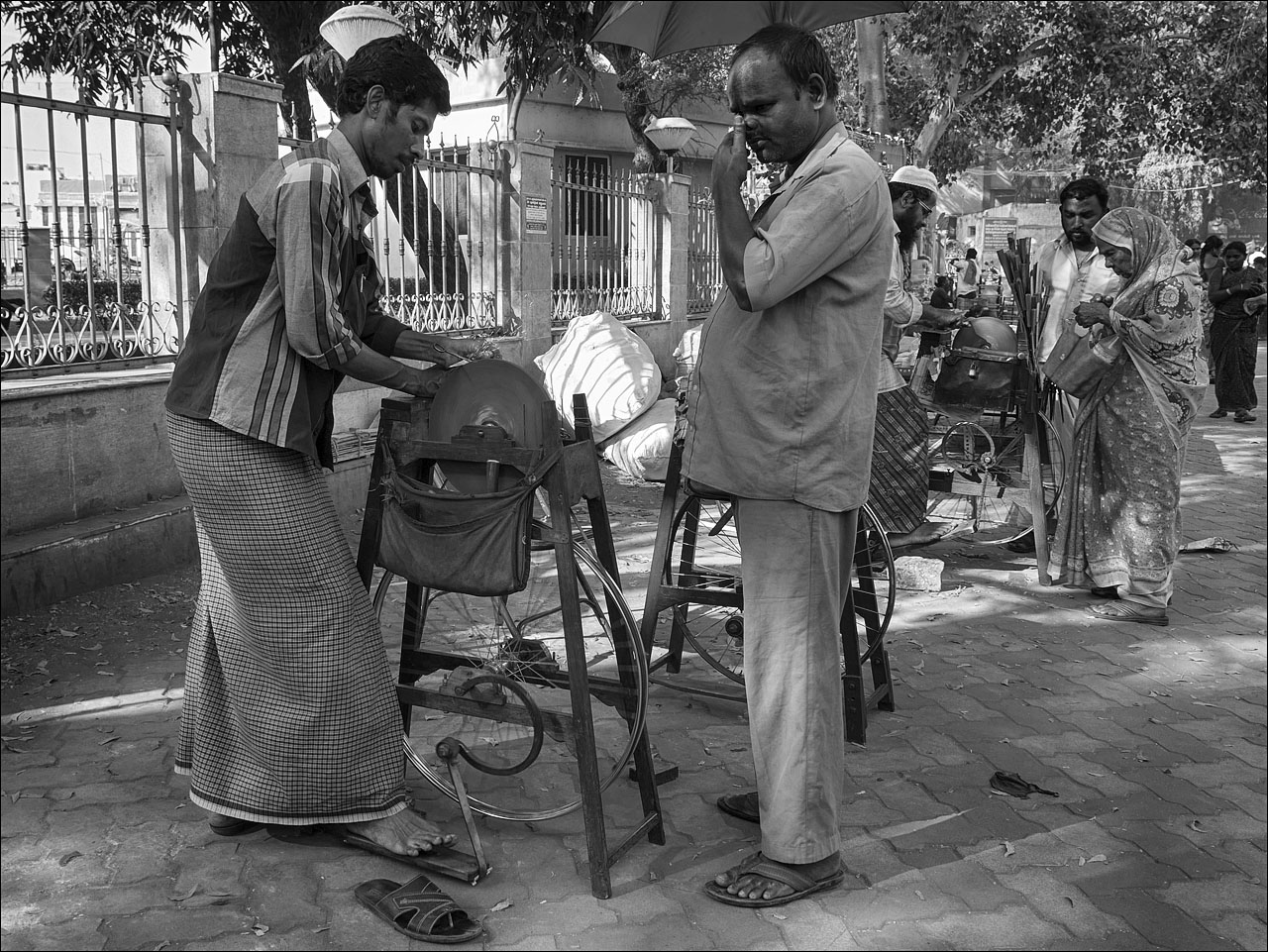 Let me count the ways in which the pheriwala calls out. Yes, in this good old new city of Calcutta, where malls, coffee shops, nail salons threaten to beat down all oddities into a global sameness, these cries can still be heard. They rent and then dissolve into the skies, add flavour.

Of course, they are all different pheriwalas or pedlars, but because one rarely gets to put faces to those voices, in my head those cries always emanate from a single entity — faceless, mysterious.

“Daaab. Daab chai, daaaab,” is one of the earliest cries of the day. (Daab means tender coconut.) The clear shout slices the sleep off the morning in one fell swoop. So what if you haven’t heeded the cry? It continues to linger in the air, impossibly itinerant, till the thirst begins to bubble over.

“Daaab. Daab chai, daaaab,” is one of the earliest cries of the day. (Daab means tender coconut.)
Image: The Telegraph

It reminds me of something my grandmother told me. Many years ago, as a little girl in Dhaka, she would be woken from her sleep in the pre-dawn hours by a faraway voice. Day upon day it sang the same song: Kaya re bhai kaya/Jaal bunechhe maya/Je matite jonmo/Shei matitei milai kaya. The deep philosophy about mortality, attachment and existentialism would tug at my heartstrings every time Dida sang it to me. She and her siblings woke up early one day determined to identify the Voice. And what did they see? The form of a man riding off into the blurry morning on a bicycle.

Sometimes I think the pheriwala inhabits our consciousness and days like Dida’s invisible man, like an outer inner voice. As the day ripens in the city, the pedlars’ voices return. Mid-morning it is “Ka-goj. Purano ka-goj” (meaning, old newspapers), or “Lohaaa lokkor. Lohaaa lokkor” (meaning, scrap iron) or “Chaaabiwala” — that would be the keymaker. Towards afternoon you hear — “Sheel katai. Sheel katai.”

The content of the cries is really elemental. It is the rendition that makes them stand out. The way the syllables are broken. The way the vowels are pulled out, dragged along. The way the pauses and sound effects are woven in.

The sheel-nora is a variant of the mortar and pestle — sheel is the mortar and nora, the pestle. To approximate the perfect grind on the turmeric or onion or ginger, it is imperative that from time to time the mortar is worked upon by a professional. A sharp instrument is used to pockmark it. That is the service on offer here.

In many areas you can still hear, “Jyanto katla, magur, koi... Live freshwater fish.” In some other neighbourhoods, “Chul-kapod-bashon”. In exchange for hair — it is measured out in glasses or steel tumblers — and used clothes and old utensils, pedlars offer brand new steel utensils.

Not every word of every cry can be deciphered always. But you can tell what is what from throw and timing. For instance, just before winter and during it too, there is the odd clang-clang of the dhunuri or the quilt-maker. The sound comes from the sitar-like thing used to fluff the cottonwool stuffing of legacy quilts.

I remember a time when post-school hours, a raspy voice would sing out, “Doi chai, doi,” or “Cakeman”. The bhaanrs or earthen pots of reddish yoghurt came with ice-cream spoons and tasted of the earth. Cakeman carried a tin trunk on his head filled with cream rolls, chicken patties and pastries with thick pink icing.

In the world of pheriwalas, the auditory performance plays out according to some unwritten rules. These are mindful of the tempo of human life, urban existence. In the evenings, except for the rare cry of “bel phul” (mogra flower), it is mostly a medley of odd bells and rattles.

The rattle signals the rare advent of the madari with cavorting monkey on leash. The jangling of bells could be the dosa-idliwala. And by way of a wrap, there is the siren ting-ting of the ghoti goromwala.

Ghoti means pot and gorom, warm. This pedlar carries with him a roundish contraption with a lamp burning in the centre. Its many deep pockets contain peanuts, jhuri bhaja — impossible to translate — chips and more. He mixes up the savouries, warm from the heat of the flame, and adds finely chopped onions, green chillies and tangy aamra before serving it all in paper cones. As he awaits the next customer, he lets out a short, sharp cry — “Ghoti gorom.”