Glory, glitz and glamour at the MTV Europe Music Awards

Event at PSD Bank Dome, in Dusseldorf, Germany, has all statements in place with buzz and energy inside arena 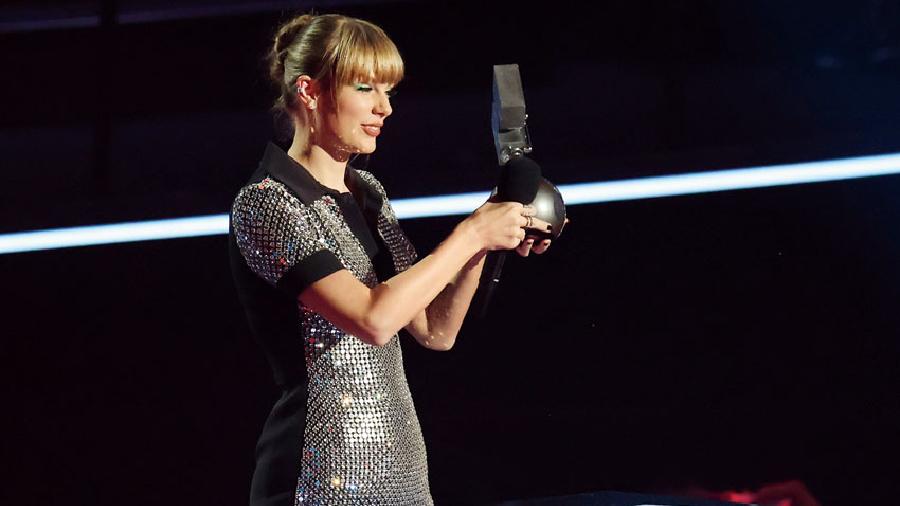 Taylor Swift with the Best Long Form Video award. Addressing her fans, she said: “You have no idea how much this means to me, to do this as a career. There is not a single moment I take for granted, and I love you all so much."
Agnideb Bandyopadhyay   |   Published 15.11.22, 04:14 AM

The 2022 MTV Europe Music Awards, which took place at the PSD Bank Dome, in Dusseldorf, Germany, on November 13, had all statements in place with the buzz and the energy inside the arena riding a consistent high. Showing the way were the sensational Rita Ora and Taika Waititi, the first couple to host the awards. Their infectious chemistry lit up the stage with both of exchanging the sweetest of jibes and teases.

Opening the night was the duo who took home the Best Collaboration — David Guetta and Bebe Rexha with theit hit I’m Good (Blue). Stormzy, Lewis Capaldi, OneRepublic, GAYLE, Ayanna set fire to the stage with intense performances. The arena also stood in solidarity with Ukraine as the Ukranian colours bathed the arena when Kalush Orchestra took to the stage. Glimpses.

Muse with the Best Rock Award

Nigerian DJ Spinall brought the groove to the arena

Babe Rexha and David Guetta with the Best Collaboration Award

Ava Max swept the crowd off their feet with her performance

The sultry and super Ayanna in performace