To daddy, with love

From being a father figure to taking on the role of a circumstantial warrior, this year Father’s Day has taken on a different meaning 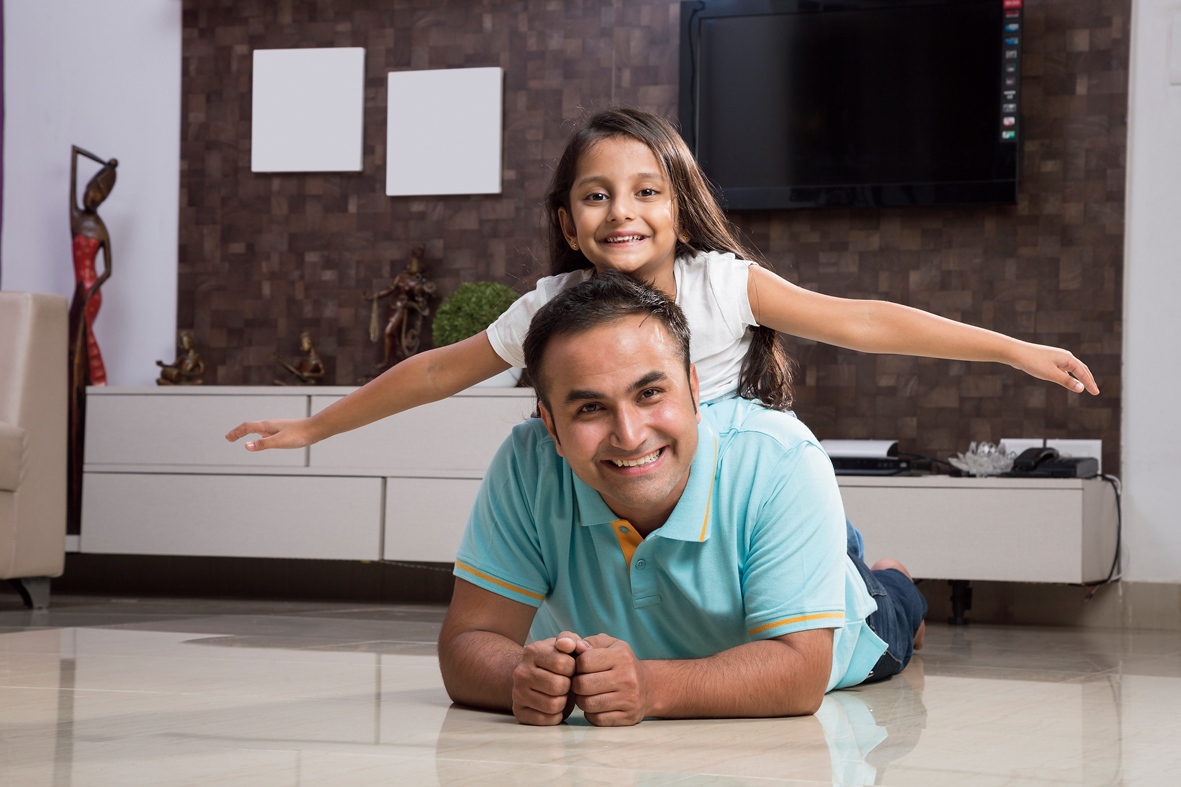 So the other day, I was bantering with my children and asked nonchalantly: “So you kids, who do you like more — Mom or Dad?” While the question itself is perennial and most children quickly evaluate the probable repercussions, especially if the question is posed dangerously close to their birthdays or other sundry gift opportunities, many simply duck the question, as I used to when I was young.

While my elder daughter gave the cryptic answers I was expecting, basically playing Miss Altruist, the younger one stuck to her blunt mannerisms and replied matter-of-factly: “Dad, the question is wrong; it’s like comparing chalk and cheese!” Slightly taken aback by her choice of “grown-up” lingo, I reluctantly inquired further. She looked up from her trusted mobile tablet and quipped: “See, of course, I like Mom more, she cooks for us, cleans, plays with me, buys Kinder Joy while you just go to your office and sit at the computer all day long.” Though she could have paraphrased differently, especially the “sitting at the computer” part, I don’t really blame the youngster for her inferences. It is true that children see their fathers far less frequently and whatever is generally interesting to them is taken care of by the mother. Well, until now.

A number of defining moments in history have us see many things in an entirely different perspective, and this pandemic, unfortunate and wretched as it is, had, at least for the willing some, their parental roles somewhat reset. So while all this time the general argument would be to see women taking on traditional “men’s roles”, such as becoming pilots or soldiers as great trendsetters or trend-buckers (depending on how you see it), suddenly doing dishes or laundry by the father has become the equivalent of the moonwalk. Fathers who hadn’t changed a nappy in their lives started to enjoy cooking gourmet foods and painting nails — mostly of their daughters’ and some adventurous, of their own — with pride and humility. While it was quite a thing to acknowledge the role of the mother of today, donning multiple hats with aplomb, it is also quite true that dads have hit the ground running during the ensuing lockdown, juggling Zoom and zucchini, and how.

This column I dedicate to all fathers, on Father’s Day, and at the grave cost of sounding immodest and vainglorious, I must say that the roles of fathers in general and their inherent capabilities have been well-worked and hopefully once this situation gets back to “normal”, this will be the new normal of fatherhood. 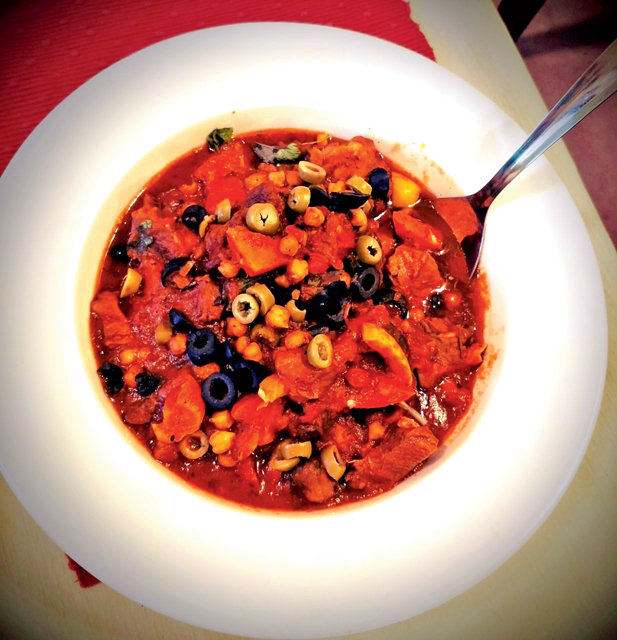 In an article published recently by a magazine, it was found that kids in general spend 40 per cent less on Father’s Day gifts than on Mother’s Day. While it is true that in ancestral human groups parenting was mostly done by what came to be recognised as “mothers and others”, and that mothers hold babies much more than fathers do, it is also true that the father’s roles have seen a fair bit of change in the last few decades. From being primary breadwinners and dispensers of moral and religious values to their children, fathers these days are taking up roles vastly different from those of yesteryears.

The father of today is no more the quintessential “father figure” that kids feared while at the same time revered. With the changing societal predilections, the dad of today can be single or married, independently employed or stay-at-home, gay or straight, adoptive or biological, but the change in the involvement levels of caregiving is quite evident. Let us celebrate all fathers, and in the light of the present circumstances, dedicate them the title of the male species of the “circumstantial warriors”, many of whom are in a bit of an uncertain period of time but are struggling every day and every moment to make things better for their children and family first and then maybe for themselves.

This ongoing lockdown has seen everything around us change in myriad ways. While on any other Father’s Day, most people, especially the younger folks, get busy planning gifts and outings for their dads, this year is decidedly different. While I do believe that young shoots of normalcy are beginning to sprout and that many will celebrate today not very different to what they have been doing in the past, it is true too that many would want to stay in and celebrate their dads in their own way.

Reminiscing, leafing through a collection of printed — or these days digitalised — images, and cooking and eating together will certainly be in the scheme of things, since there is nothing more apt than a shared meal to count our blessings, especially in these imperfect times.

Here I present two dishes that can be a great way to cook together with your dad. I know since I cooked these two just a few days back in a small gathering at my apartment complex. My neighbour Debishankar, also an accomplished chef, and I got together to cook these dishes for a get-together and they turned out quite well. Since the gathering was mostly attended by dads of various ages, I would argue that the sample size was credible enough to arrive at the inference of these dishes being daddy-friendly. The dishes are slightly different from the usual, take a little while to cook but the end product is quite satisfying and if you’re cooking for your dad, the best efforts are what you want to put. Here goes. 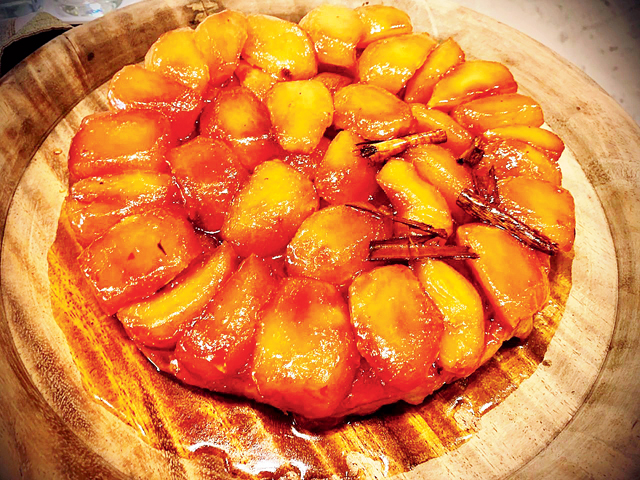 This is one of my most favourite desserts ever and one that ticks all the right boxes as far as being the perfect crowd-pleaser and adding a definite degree of sophistication and virtuoso to the menu go, attributes we want to look for when cooking for an occasion such as this. The most important ingredient of this recipe is the puff pastry. Most people get intimidated by the prospect of making this flaky dough but it is quite simple and if made this way, the results are exceptional.

Grate the frozen butter into the flour; rub together till crumbly. Add the chilled water and make stiff dough; do not over knead. Keep in the fridge for a couple of hours. Take out the dough and roll it into a rectangle and fold it into thirds like a letter. Roll again and fold again. Wrap and store till further use.