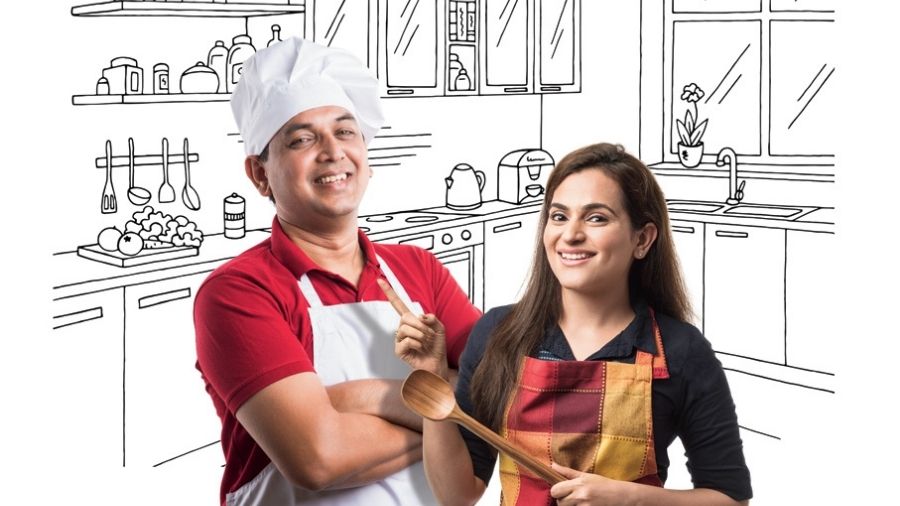 EQUALITY BEGINS ON THE KITCHEN STOVE

During the initial stages of the lockdown, I had a strange interaction with some neighbours one day. We were all waiting in a queue to get some essential commodities from a food truck parked outside the gates of our housing complex. While it was unusual for all of us to do that, I found one gentleman quite frisky and visibly perturbed. A leading cardiologist, in one of the best-known hospitals in the city, the well-heeled, well-travelled medico couldn’t keep quiet after a while. He blurted, rather matter of factly: “You know, I have never ever filled my own glass of water in my life and here I am waiting to get a loaf of bread!”

While I was about to ignore this unspecified diatribe as a momentary, frustration-filled outburst, I was quite taken aback by his response to my next statement.

I pointed him towards another well-heeled doctor, a lady, standing in the socially-distanced queue quietly and waiting her turn, to which he said — “Well, she is a woman, and these ‘kitchen things’ come naturally to them, after all, they are ‘prepared’ from their childhood to do ‘household’ work.”

While I found the statement rather misogynistic, unfortunately, it wasn’t completely incorrect, although I did think the comment was in poor taste. I looked at him and said simply: “Sir, this N95 is useless on you, isn’t it?” And walked on to get my precious loaf. 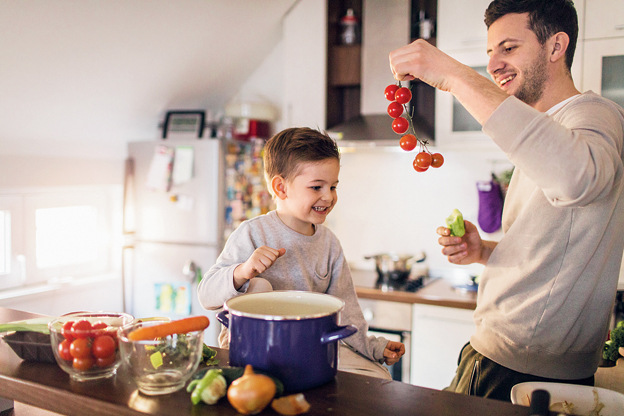 I had written a column earlier where I had argued that cooking, cleaning and other ‘domestic’ chores are really not gender-specific but an essential life skill, the basics of which should be taught to all children irrespective of their being girls or boys. In my view, if we have to have any chance at true gender equality, we need to look at our outdated but traditionally acceptable gender roles that portray men as the ones that ‘bring home the bacon’ while women stay at home and cook.

The idea that women and men are somehow fundamentally different and that men have an inherent right to eat while it is the indispensable duty of the women to cook for them has been culturally accepted throughout the world. Food has proved itself an instrument of power and control over the centuries, not really an instrument that leads to gender equality.

SO WHAT DOES HISTORY TELL US

Historically, as is well known, women have always been involved with food. Gathering food, growing food, processing food, cooking and presenting food and feeding their families. Yet, as we do not see an equal number of female professional chefs as men, we have to ask ourselves why, how we reached where we have and does history have some of the answers for us.

It turns out that it does. It is during the 17th century, around the era of the Industrial Revolution in Britain, that we see the emergence of two distinct spheres — the domestic/ private/ feminine on the one hand and the professional/ public/ masculine on the other. This Industrial Revolution confined women into the area of household management, child-rearing and religious education while men worked in the mines, mills and workshops, thereby making men the ‘breadwinner’, while women the ‘homemaker’.

While we all love the cooking of our mothers, it is considered more of a craft than an art and the act of cooking more as a chore than an enterprise. I find it ironical that amongst all the professions or activities, cooking alone is the one with such a paradoxical argument where, on the one hand cooking is considered to be the sole domain of women at home but almost a sole domain of men at professional levels.

GET COOKING, YOU BOYS!

In my view, getting our boys to cook domestically can be the single most powerful medium towards gender equality and making the act of cooking as being gender-neutral is a medium towards that. The case in point is the National Time Use Survey released by the Organisation of Economic Cooperation and Development. The survey states that the average Indian man spends an average of 19 minutes a day on housework while the Indian woman spends 298 minutes.

What is surprising is that even men in countries that are known to be more gender-equal also spend ridiculously less time in kitchens and general domestic duties, much, much less than women in the same household. According to this survey, Turkish men spend 21 minutes a day, Japanese 24 minutes and Chinese 48 minutes.

Although these are substantially more than the time spent by the average Indian male, I think the point is larger. Our patronisation of male and female children through buying separate colours and toys for them from early childhood has a part to play. While we are perfectly happy buying a ‘kitchen set’ for a girl child, the same toy for a male child attracts sneers and surprise. This needs to change.

It is ironic that we still exist in a social setting where even though girls do routinely better than boys in schools and colleges, fly planes and wield guns, write software and bring (the only two in 2016) Olympic medals, we still do believe subconsciously that women and women alone need to cook at home and that men deserve to expect that.

HOW WILL THIS HELP

Cooking is not a mere act of preparing food but is a metaphor for the gender divide that exists in our societies. Getting more boys to learn cooking and be ready to cook for their families regularly and with the same pride as women will go a long way in narrowing the gaping gender divide.

I am a strong proponent of the idea that the gender divide that exists today has more to do with ‘nurture’ than ‘nature’ and if the year past has taught us anything, it is that one doesn’t know what nasty turn life can take in an instant and if you don’t know how to cook or clean, things can turn really sorrowful.

I cannot stress enough how content I felt when I received multiple emails from my male readers who tried my recipes as first-time cooks during the lockdown and appreciated the thought behind learning cooking as a life skill. Some of them went as far as saying that they thought their parents committed a mistake by not teaching them boys to cook and clean and that they will set it right with their kids.

By questioning why women are expected to cook of course! So cooking requires cooking ingredients, a stove or oven, five senses, two hands, a cooking table maybe, things that will definitely respond the same to a man or a woman.

If working women can cook for the family, working men should cook for the family too, and for the working women. We should instil in our young children the idea that God did not create most things that we do for profession or leisure, and so we ourselves delegated those to different genders based on our understanding and as a social response and that it has outlived its purpose and needs to change.

While we see more and more men now enter kitchens, especially after the last year of lockdown, it is far from being where it would start to make a real difference. In my view, and not just as a chef, cooking is a great leveller, as well as a genuine creator of joy and satisfaction and certainly men and boys should be as much contributors in these endeavours as women are expected to be. After all, if the way to a man’s heart is through his stomach, who’s to say a woman’s isn’t? 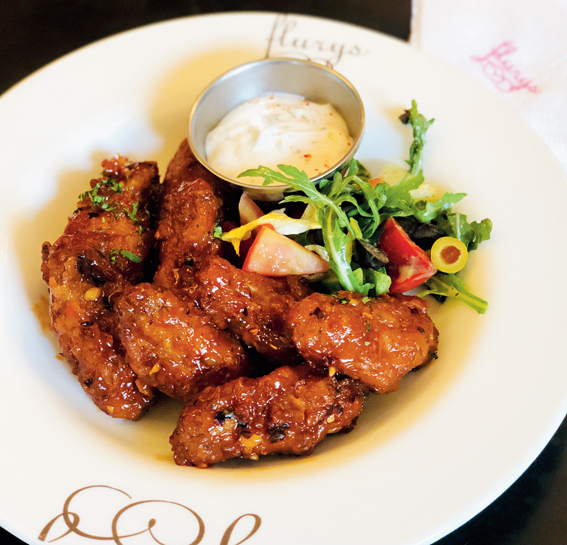 Some years ago, I was asked by a well-meaning bunch of friends to help create a menu for what is known as ‘dude food’, basically things boys and men would like to eat on a night out with friends. When I asked them if they had women in their party, they replied in the affirmative. When I then asked what they’d eat if all the food will be ‘dude’s’, one of them replied casually, ‘well they’d eat whatever we will’, so I went on to create a menu that I called, much to their embarrassment, a ‘dudess’s delight’ and told them well, if they can eat what you can, you can eat what they can!

So I present a recipe, for some reason associated with the aforesaid ‘dudes’ and spin it around to make those suitable for ‘dudesses’ by changing absolutely nothing but our mindsets. I have called these ‘Wild Wings’ on more than a whim, after all, our women need wings too! I am presenting one dish from that menu, and I dedicate this dish to all the women out there, on this International Women’s Day and wish and pray that we become a completely gender-neutral society, just as we were meant to be and the distinction between men’s jobs and woman’s chores are dissolved for good.

Vikas Kumar is the executive chef of Flurys. You can reach him at vkumar@flurys.co