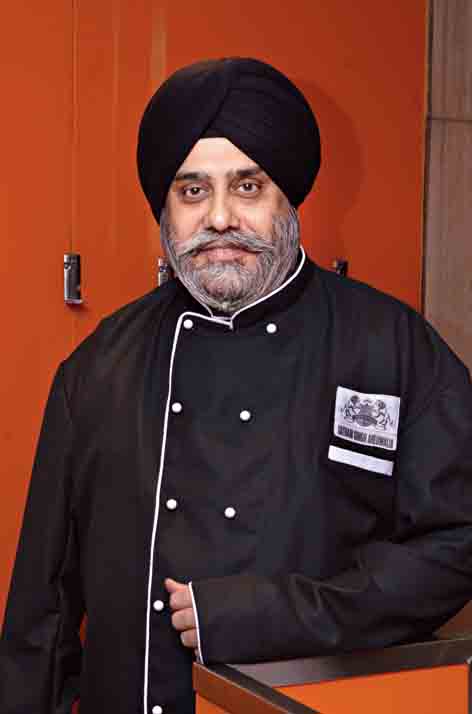 Punjab is the land of five rivers. Perhaps, it would be appropriate to call it the land of plenty! The fertility of its fields and the richness of its dairy have always been the envy of the subcontinent.

The earliest reference to the region’s food is found in the Vedas, which document the lives of the Aryans in the Punjab. Amazingly, the elements mentioned over 6,000 years ago are still extant in the cuisine. This includes dairy — dugdh (milk), ghrit (ghee), dadhi (curd) and shak (leafy vegetable). There’s also a variety of grains — godhum, related to the Persian gandhum (wheat) and the broadspectrum word dhanya (paddy and other grains).

Even today, the staple in Punjab is grains and vegetables in their basic form. For example, even today Pujabis refer to their food as dal-roti (lentils and bread) in conversations. And, it goes without saying that even the most affluent in the world would not miss the ambrosial sarson da saag te makki di roti (mustard leaf, in combination with radish leaf, spinach and bathua) cooked in earthernware pots and eaten with maize bread.

Ayurvedic texts refer to vatika — a dumpling of sun-dried, spice-specked delicacy made with lentil paste — or what we, today, know as vadi. The art of making vadi reached its acme in Amritsar with the arrival of the merchants of Marwar, who were invited by Guru Ram Das, the fourth Sikh Guru, to streamline trade in the sacred city. There is also the reference to vataka or vada, made of soaked, coarsely ground and fermented maash (husked urad) dal that was the progenitor of the dahi vada, which we know today.

The unhusked maash is the mother of all lentils. Rajma derives from the word raj maash, or the regal maash. Other pulses mentioned in the texts are chanak (chana dal), and alisandaga (indentified as Kabuli, or large chana) that is stated to have reached India with Alexander the Great’s troops, who came to India via Afghanistan. Rare is an Indian menu without the maah di daal and pindi chana. The Aryans were a pastoral people. Even today, the people of the Punjab are a proud agrarian community. Their food continues to be robust and they place a premium on quality and purity. This is what the undivided Punjab took pride in.

Undivided Punjab — this side of the border or that — is situated at the crossroads of the Silk Route. This allowed the Punjabis — Sikh, Hindu and Muslim — to imbibe diverse culinary influences. They tasted the best of the rest before anyone else in the sub-continent. The proximity to Persia, Afghanistan and Central Asia gave them a taste for fresh and dried fruits and exotic nuts.

In our times, post partition, most people have forgotten the richness and variety of Punjabi cuisine. The cuisine was never ‘monolithic’. Punjab is divided into culinary regions, each with a distinct taste. There is the food of the Pothohar Plateau (Rawalpindi and its environs), Peshawar (so wonderfully influenced by Afghanistan and Uzbekistan), Lahore and Amritsar (the tasty melting pot) and Sargodha (famed for its sweets).

Partition brought an unprecedented influx of Punjabis from the region that went into Pakistan and introduced the rest of the nation to Punjabi food, not in its pristine form, but in its slightly distorted form. This, of course, was the result of their traumatic dislocation.

As soon as these displaced people found their feet, the ‘restaurantisation’ of the nation began. They spread all over the country, carrying with them their preferences in food and cooking techniques. A string of dhabas sprang up across cities and proliferated along every single highway. They introduced to the nation the joys of Tandoori cuisine and pleasures of eating out. This unique roadside eatery was born to cater to the basic food needs of the uprooted. Many of the better dhabas served fare quite close to home-cooked food and at affordable prices.

As the dhabawallah made good, they ‘upgraded’ their cuisine, titillating the palate. The modern Punjabi is an intrepid traveller and an adventurous entrepreneur. In the course of his globetrotting, he has acquired the taste for the exotic. It would be no exaggeration to say that many of the most stylish and elegant eateries in the country are Punjabi. With the world shrinking and everyone’s appetite for new culinary experiences growing, the Punjabi genius for creative cooking is at the forefront of a grand revival of Indian cuisine.

Calcutta also made its own mark on Punjabi cuisine due to its overwhelming love for bharta (mash). So, after baigan bharta, chingri bharta and aloo bharta came chicken bharta. History has many different stories about this hearty chicken bharta recipe. One story reveals the reflection of the Mughal empire on life in Bengal. So, Punjabi chicken bharta was adapted by Bengalis and turned into Bengali chicken bharta.

There is, however, another story which denies any historical connection. According to this version, Calcutta-style chicken bharta was created within the four walls of a restaurant kitchen which had too many leftover tandoori chicken (now you know the secret ingredient of dhaba-style chicken bharta). And to get rid of those they shredded those chickens and dunked them into rich creamy gravy where no one was going to notice.

It doesn’t matter which is true, but the latter is more interesting! Calcutta chicken bharta is a super-smooth creamy chicken preparation loaded with shredded chicken and lots of flavours. Very unlike typical Bengali curry (and, mind you, it is not a curry!) chicken bharta is not spicy at all. It is rich in flavour but not loaded with ghee or butter; rather it is mild and light. In other words, it has high impact on your soul but is delicate on the stomach!

Punjabis and food have become inseparable and I stand testament to this. Born to parents who moved from Lahore to India after Partition, food has been an integral part of the family. As the family grew in numbers, there was good food for every emotion and occasion — happiness, sadness, success or failure.

While most boys in their youth spent time outdoors playing games, I was always in the kitchen, being an assistant chef to my mother, known to be one of the finest cooks amongst her peers. With time, the love and passion for food increased manifold — from Punjabi to Afghani, and from Bengali to Chinese and Thai — I kept adding the vast food cultures to my little encyclopaedia of cooking.

This never became the profession, but the passion for food and cooking always remained — from experimenting with various recipes every Sunday where the family would be the judge, to becoming the go-to person for food advice and curating menus for every occasion to friends and family. At my parties, the food is the highlights and the city of joy would second this.

Satnam Singh Ahluwalia is the food curator of Options Unlimited, Calcutta. He can be reached at satnam.kolkata@gmail.com 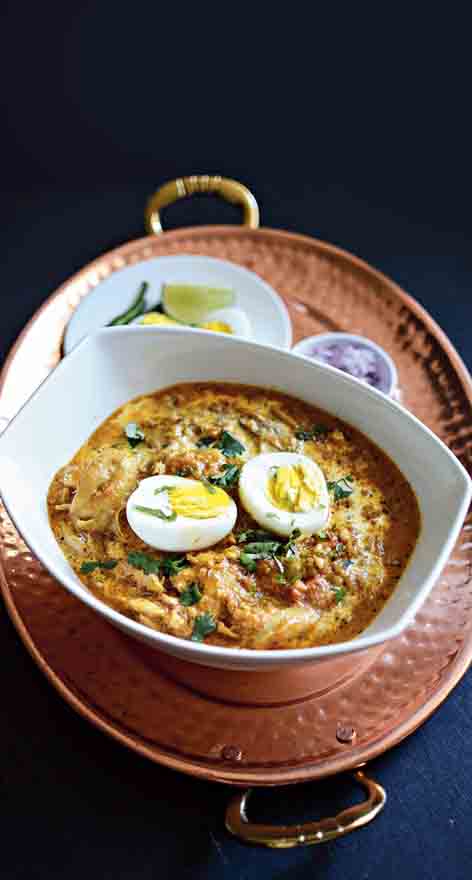 Chicken bharta
Sourced by the Telegraph