Gondhoraj: The king of limes 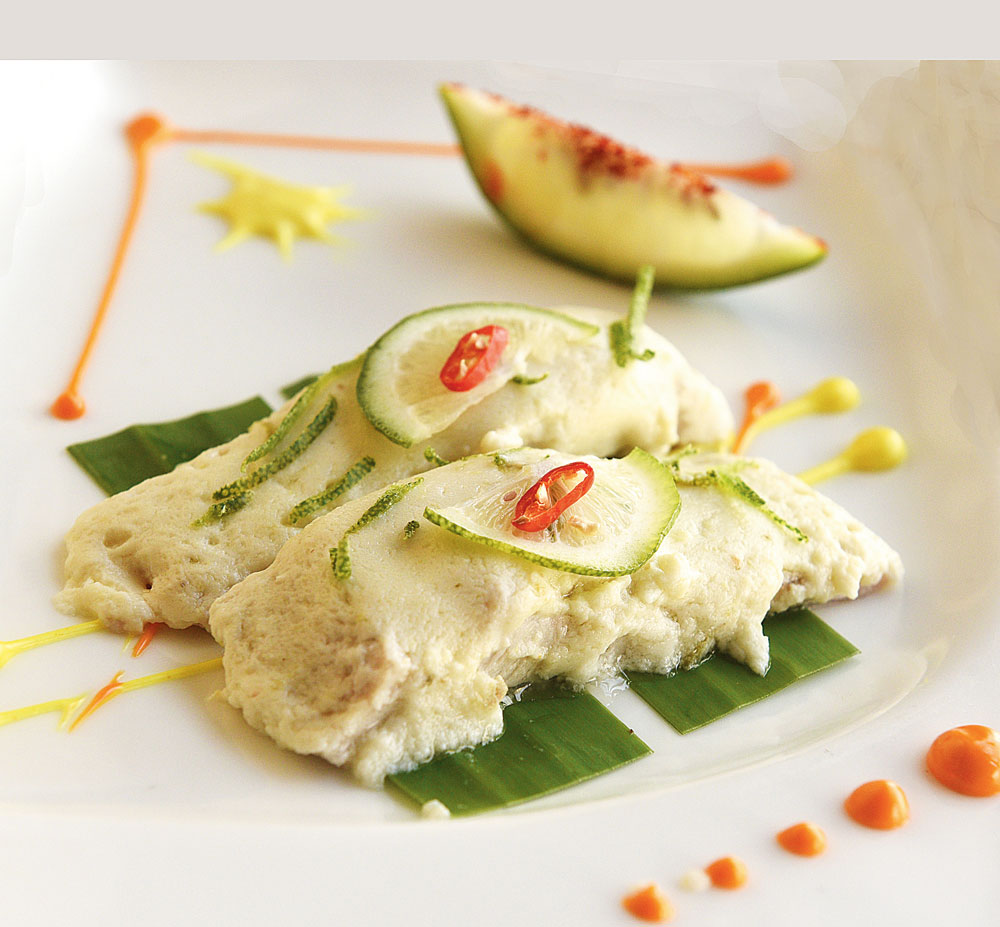 As I think back, I remember my mother giving us piping hot ghee bhaat (rice with clarified butter) whenever we were hungry. She would add a few drops of gondhoraj. And lo! What a difference it would make! Till date this lebu ghee bhaat is my favourite comfort food.

My fascination for this lime has led me to improvise a Bhetki Gondhoraj, which is a fusion of gondhoraj lime juice, garlic and ginger paste on bhetki fish. Even today, it is one of Oh! Calcutta’s major attractions. The steamed Bhetki fillet in a coconut gondhoraj gravy is another popular dish. I noticed that adding a few drops of this fragrant lime to Bhapa Ilish (hilsa) elevates this dish to another level.

And now, I cannot live without the passion of my life — my gondhoraj. It has not only inveigled its way into my daily food, but also into my vodka, gin or beer. One must try a beer or a shandy with a gondhoraj. It uplifts this frothy drink to a level of unprecedented proportion.

Lime, since time immemorial, has been an integral part of most cuisines the world over. It is the zesty flavoursome addition to food, drinks, desserts or salads. I do not want to go into the history of limes or the varieties found. I just want to talk about the king of limes — the gondhoraj (king of all flavours actually). It has an aroma that I wish I could bottle forever.

When I was young and living in Delhi, I only knew of the small yellow variety of lime which my mother would add to salads. And, of course, lime pickles which are so essential to the Indian cuisine, especially in the north and the south. I remember my mother and our neighbours in Delhi laying out carpets of yellow limes on the terrace to dry to get them ready to be bottled with salt and chillies.

I was first introduced to the gondhoraj when my father was transferred to Calcutta and we shifted lock, stock and barrel. One Sunday lunch I noticed a wedge of a delicately sliced fruit. I did not know what it was. My mother squeezed a few drops of it over my dal and rice. That was the first time I got a whiff of this aromatic fruit — the lebu. And I fell in love.

From then onwards I have never eaten a meal without the gondhoraj. In fact, I even travel with it to whichever part of the world I have to go to. And I inevitably end up distributing it to all the new friends and acquaintances that I make. Even to Finland! Now they are hooked too!

Limes are an intrinsic part of Indian cuisine, mainly as an added condiment — more so in Bengal. Despite its aroma and flavour which can send anyone into raptures of delight, the gondhoraj has received no ‘limelight’. Every Bengali seems to be extra possessive about it.

Don’t you dare call a gondhoraj a nimbu in front of a Bengali. It’s a matter of pride. It’s a million times more than a mere nimbu.

Anjan Chatterjee is the chief of Speciality Restaurants, which owns Mainland China, Oh! Calcutta, Cafe Mezzuna, Sigree Global Grill, Hoppipola, Asia Kitchen and more. And yes, he is a foodie!

Originating in Sylhet and the hilly tracts of Chittagong, the gondhoraj is actually a Rangpur lime — a cross between a lime and a mandarin orange. It is oblong in shape and has to be cut lengthwise. It is mostly not a very juicy fruit and sometimes you have to use all your fingers and all your strength to extract the juice. But even the few paltry drops that can be extracted manage to pep up the dullest and the most insipid food.

I have tried so hard to grow the gondhoraj in Mumbai. But, alas! Every seedling and every plant I brought from Calcutta just faded away. The maximum I could enjoy were only the leaves! So now I order shiploads of this lime from Calcutta itself. This ‘kingly’ lime does not flourish in any type of soil, except in the backyards of Bengal and, sometimes, Assam.

The gondhoraj has travelled all the way to England too! The famous Tanqueray, a British gin brand, developed a Rangpur flavour for the US market, which created some predictably named cocktails, like the Rangpur Rickey!