5 unpublished works of Satyajit Ray to be unveiled from 2020 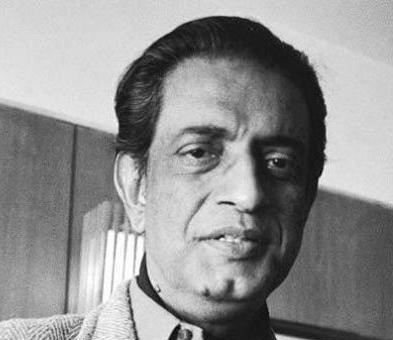 Fans and followers of Satyajit Ray are an excited lot, as five unpublished works of the film maestro and author are set to see the light of day from 2020 onwards.

The titles mainly comprise unpublished essays and illustrations, a senior official of a publishing house said.

'Translations of Ray's 'Tarini Khuro' and many of his illustrated works, which remain unseen till date, are also among them,' he said.

'Tarini Khuro' is a fictional character by Ray.

The works will be published by Penguin Random House India under the aegis of The Penguin Ray Library.

'The Penguin Ray Library will give his works a unique look. The new titles will be presented in a special layout with quintessential aesthetics inspired by Ray's sensibilities,' the official said.

As an author, Ray had created immensely popular characters in the detective 'Feluda' and scientist 'Professor Shonku'.

Ray, the recipient of 32 national film awards and several other international honours -- including an Honorary Oscar in 1992 -- also penned numerous short stories and novels.

'Most of his film adaptations encouraged people to revisit their literary sources, instead of the other way around. That was something really unique about him,' said Nairwita Bandyopadhyay, a professor and an avid reader.

When a politician encounters Pheluda