When art and music intermingle 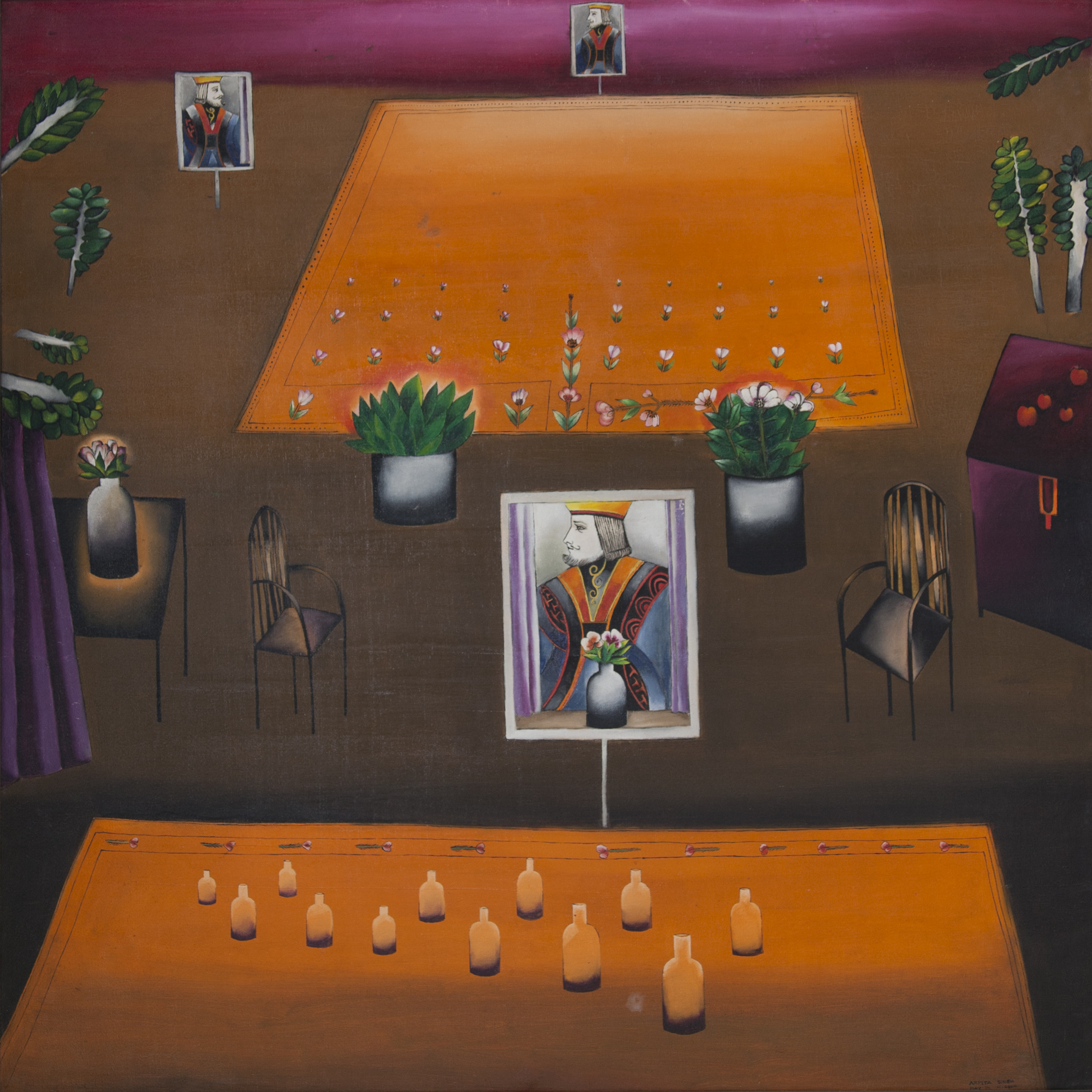 I'm Every Woman could be the perfect theme song for Singh’s six-decade-long career. Women, and the female body, are a recurrent focus of her practice – pictured in youth and old age, as deities, or in domestic settings.

Often turning to vibrant pinks and blues to depict her subjects, Singh has shown female figures walking, eating, smoking, praying and gardening. Many are surrounded by objects including teapots, pillows and vases of flowers, reiterating their duties in the home — though flags and festoons suggest the political is never far away.

Go Where You Wanna Go, The Mamas and the Papas

In 1966, The Mamas and the Papas released Go Where You Wanna Go — an exuberant song that told listeners to go — and do — exactly as they wished. Like the 1960’s hit, Singh’s vibrant works burst with energy: men, women, animals, trees and flowers, all make their way into her dreamlike landscapes, forming a rich iconography that is entirely her own.

Though she was never linked to a formal movement, Singh is regarded as a leading figure in India’s second generation of modernists, along with artists including Rameshwar Broota and Jogen Chowdury. Active in the late 1960s, many were joined by a dedication to narrative painting — though none share Singh’s unique visual language.

While The Mamas and the Papas song is carefree, however, some of Singh’s compositions hint at unrest: drawings of guns, knives and soldiers reference events including Indira Gandhi’s assassination and the riots of 1984.

Jagdip Jagpal is the fair director of the  `India Art Fair`

At 82, Arpita Singh is widely considered to be one of India’s most influential living artists, renowned for oil paintings and watercolours that convey rich narratives — frequently from a female perspective. These dream-like compositions, which have drawn comparison to Marc Chagall, are populated by figures that appear to float in space, with images such as guns or tanks occasionally hinting at political unrest.

In 2019, Singh’s vibrant canvases were the subject of a retrospective at Delhi’s Kiran Nadar Museum of Art which encompassed six decades of her practice. Entitled Submergence: In the Mist of Here and There, the exhibition provided a rare opportunity to step into the artist’s rich and complex worlds. Here, we share five songs that come to mind as one looks at her work — for those (like us) keen to immerse themselves further:

The British indie rock band Cornershop and Arpita Singh have one thing in common: they are both supremely adventurous when it comes to combining traditional Indian folk culture with Western influences..

Born in West Bengal in 1937, Singh graduated in fine arts from Delhi Polytechnic before spending four years as a textile designer at the Government’s Weavers Service Centre. It was there that she learned traditional Bengali techniques such as kantha — an intricate form of weaving that would influence her later practice, along with the patterned borders and mythological narratives of Pattachitra scroll paintings.

While these Indian influences had a shaping impact on her work, Singh also learned about Western artists including Paul Klee, Marc Chagall, and Henri Rousseau — all fairy godfathers to Indian art for much of the 1960s.

I Love My Dog, Cat Stevens

Anyone who listens to this Cat Stevens song, falls in love with it – even 53 years after its original release in 1966. The apparent simplicity of the song is echoed in Singh’s pure, unguarded depictions of her subjects’ emotions, as well as the names of her works.

Pragmatic descriptions like Scratching Own Back, Taxi Woman Friendly and Rakhi Sarkar Brought Yellow Flowers suggest a narrative that is accepted, or self-evident. The titles of other works, however, verge on philosophical enquiries: Journey, Is There Any Other Way to Return Home? and Whatever is Here hint at a more complex world, where meaning is less clear-cut.

From the 1980s, Singh increasingly focused on the social injustice faced by women and young girls in India. Her art highlights the realities of living in a patriarchal society, showing female vulnerability, and providing unguarded insight into emotions including joy, hope and sorrow.

Frail or exposed female bodies are a recurrent feature of Singh’s practice, and often defy all conventional notions of beauty and femininity. Her skill is to bring show the world through the eyes of these individuals, who are consistently aware of the men who appear at the canvas edges — a sign that there's no escaping their domination and gaze. 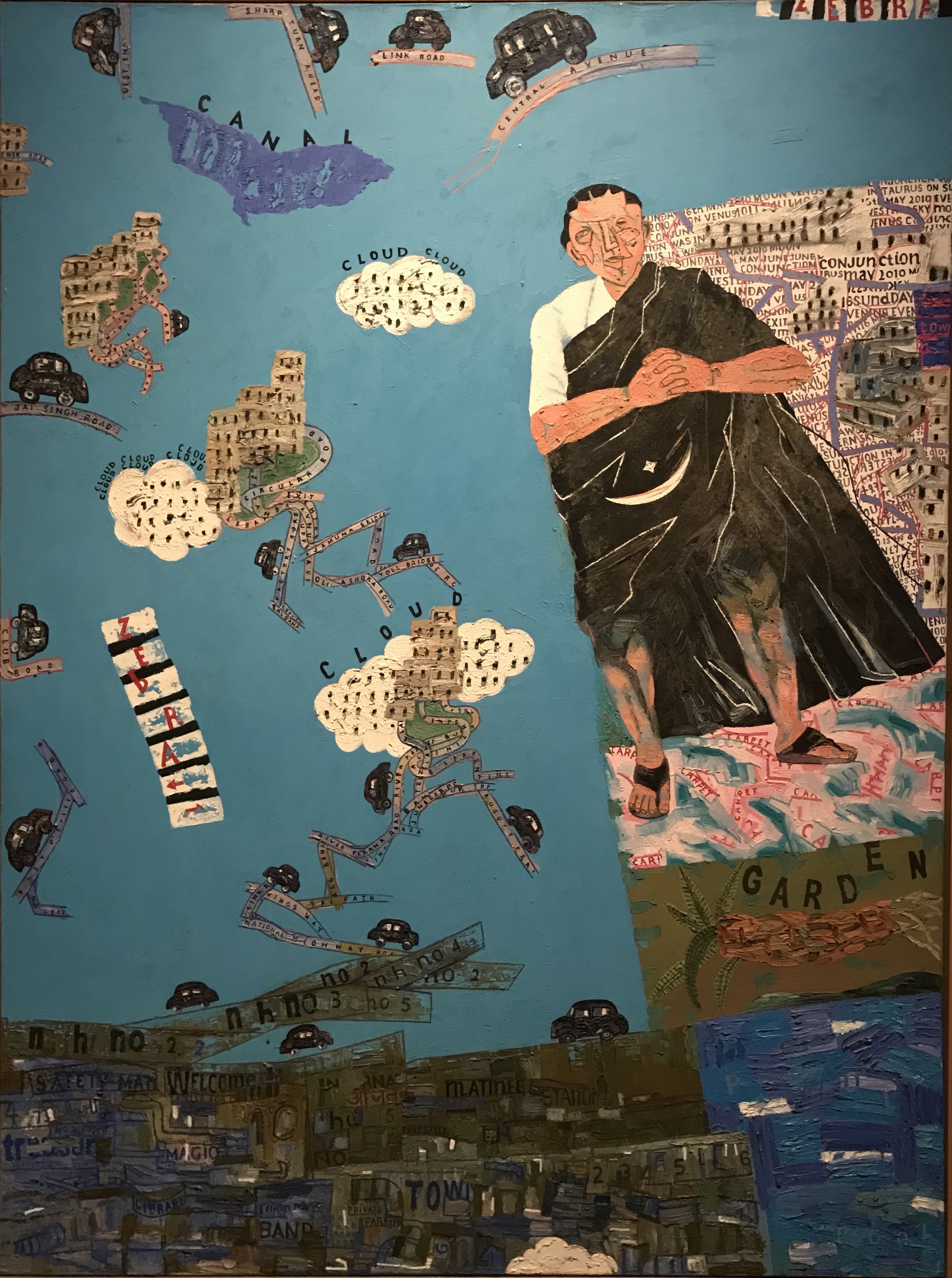 Frail or exposed female bodies are a recurrent feature of Singh’s practice, and often defy all conventional notions of beauty and femininity
Kiran Nadar Museum of Art (KNMA) 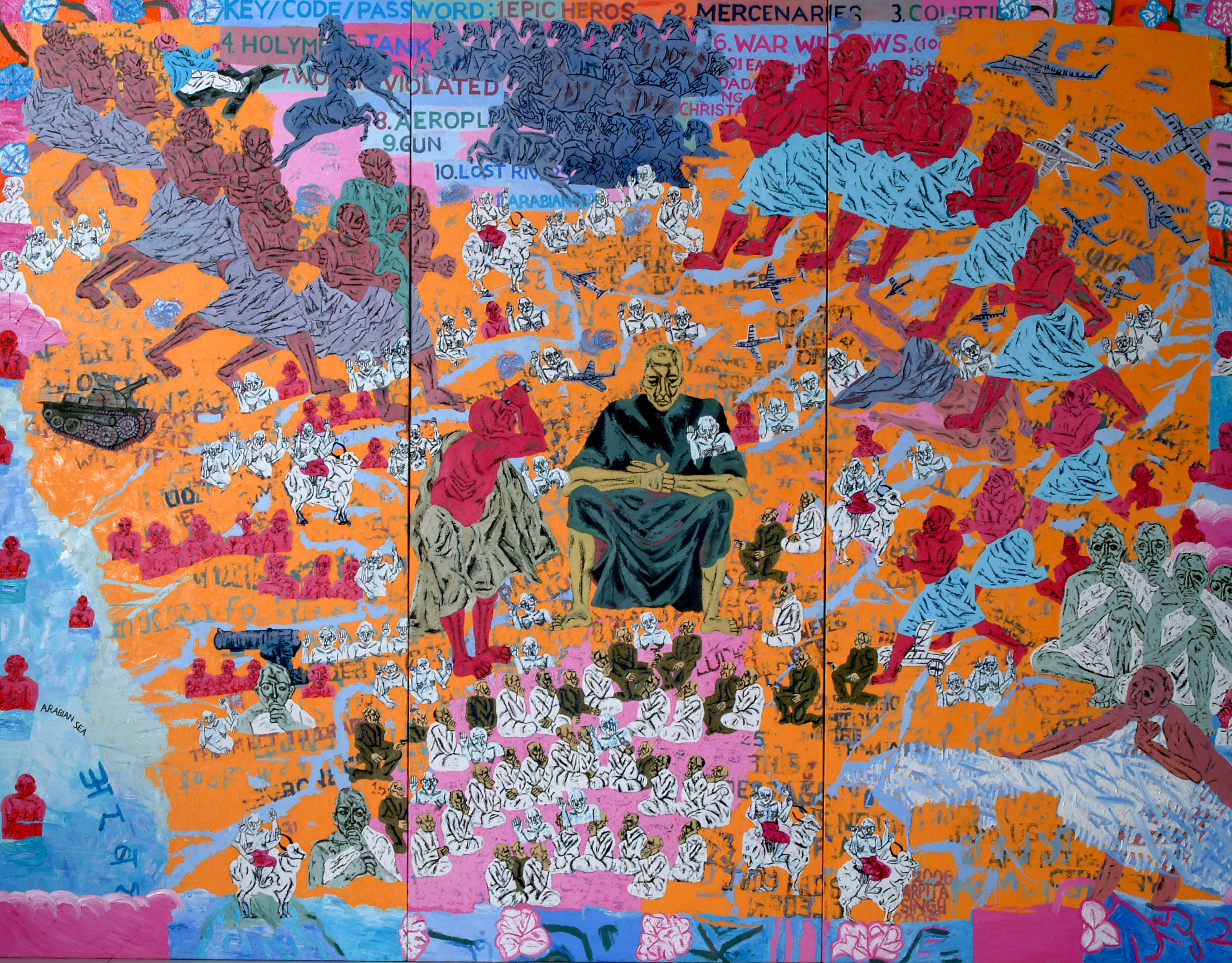 Titles such as Whatever is Here hint at a more complex world, where meaning is less clear-cut
Kiran Nadar Museum of Art (KNMA) 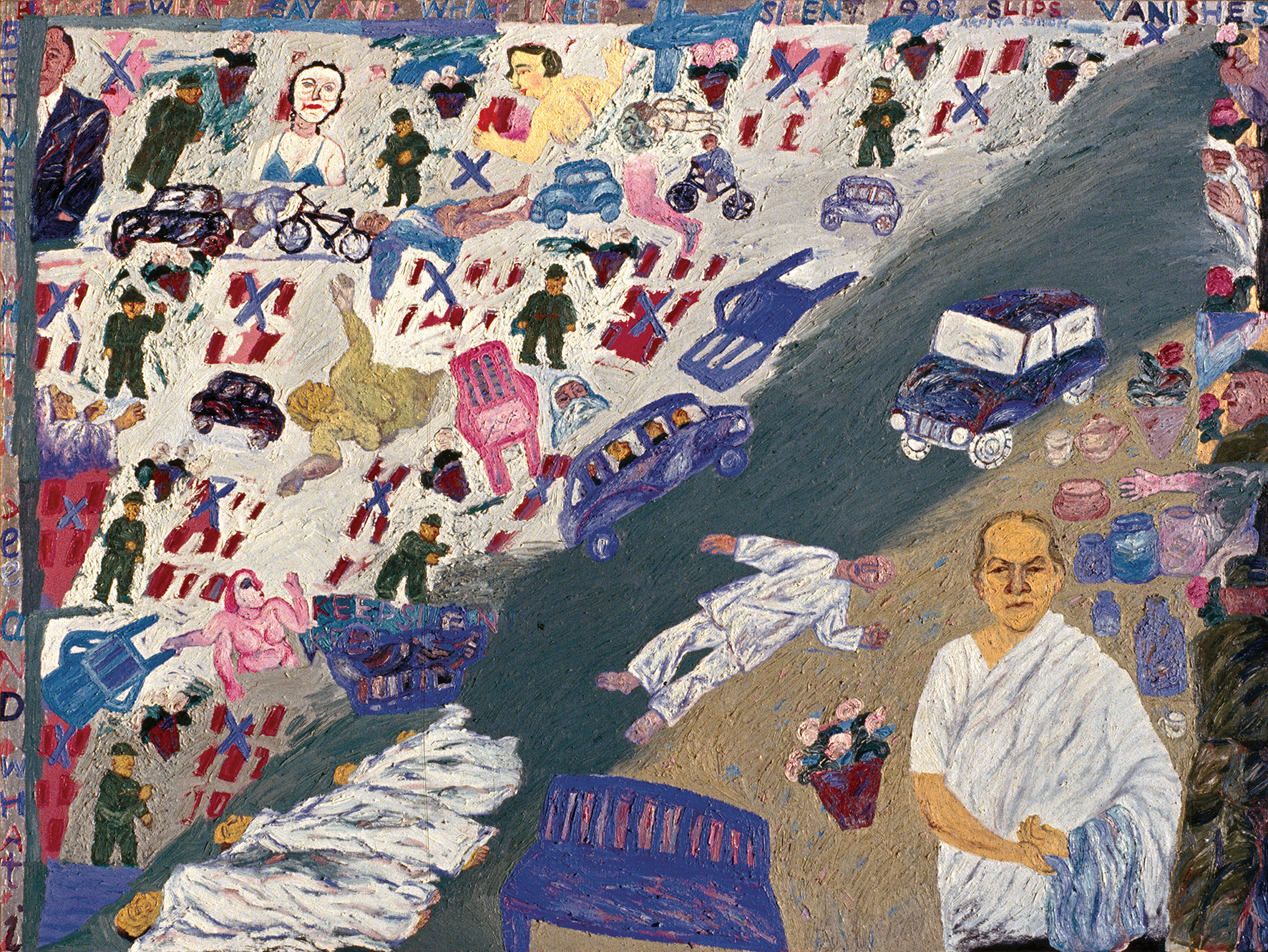 Women, and the female body, are a recurrent focus of her practice – pictured in youth and old age, as deities, or in domestic settings
Kiran Nadar Museum of Art (KNMA)

Apollo’s Muse: The Moon in the Age of Photography