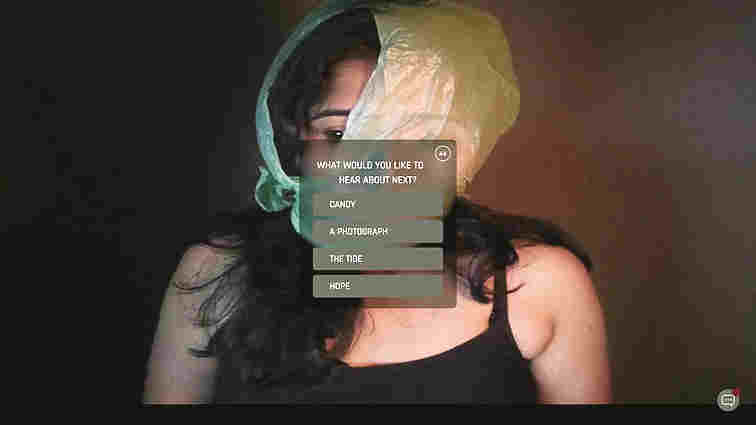 A linguistic slip recurred after I had experienced The Last Poet. It overlapped, entwined with and often got displaced by ‘The Lost Poet’! Every time I corrected myself, the slip baffled me. It embraced the rhythms and fuzziness of a world of many windows that we float inside and outside of. The Last Poet, a cyber theatre directed by Amitesh Grover and written by Sarah Mariam, sets up a maddening moment of desire to flitter from one window to the other and yet to remain suspended in rooms that echoed phantom notes of a poet who is lost — of a poet who can’t stop writing — of a poet who is lost because he can’t stop writing.

It captures an intensely political moment shaped by an overarching presence of the virtual space on the one hand and the disappearance of physical spaces of communion on the other. In Amitesh’s work, this moment of flux exploded into a defining artistic language that touches upon contours of ‘liveness’, of ‘digital’, of ‘immersion’ and of ‘alienation’. I was invited as a participant, an ironic flâneur, into a virtual-tentacular city. The city appeared to be a multitude of stones and towers with hardly any uniqueness of its own. I sauntered, caught in between isolation and a ghostly presence of co-participants. I was offered an apparent choice of entering any of the rooms or listening to any of the stories that appealed to me. As I participated in the powerful intimate multilogues of a weaver, a prosecutor, a young girl, I found myself consenting to a game of majority. Unexpectedly, I began to long for a freedom from choice rather than the freedom of choice, as I remained absorbed or waited for a button that would allow me to leave.

This brilliant piece deeply resonates with Baudelaire’s “Tableaux Parisiens” to reveal the story of an enduring poet — the room of a poet which is an eternal refuge for wrecked souls.