Spike in potato prices pushed the wholesale price index to an eight month high of 1.48% in October 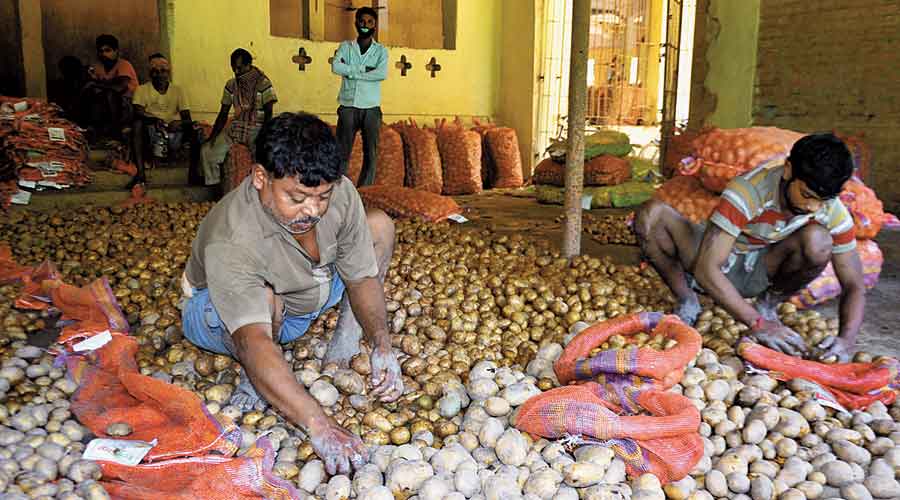 A spike in potato prices pushed the wholesale price index to an eight month high of 1.48 per cent in October. Potato prices have leapt 107 per cent year-on-year.

WPI inflation was 1.32 per cent in September and zero per cent in October last year. This is the highest level of the wholesale price index-based (WPI) inflation since February when it was 2.26 per cent.

While food article prices softened in October, manufactured items witnessed hardening of prices, according to data released by the commerce and industry ministry on Monday.

Food inflation in October stood at 6.37 per cent against 8.17 per cent in the previous month. The rate of price rise in vegetables and potato remained high at 25.23 per cent and 107.70 per cent, respectively, during the month.

Inflation in non-food articles and minerals was higher at 2.85 per cent and 9.11 per cent, respectively.

Retail inflation, based on the consumer price index, was 7.61 per cent in October.

“The WPI inflation is expected to remain stable in the next print, before recording base effect related volatility. Core inflation will continue to record a steady uptick in month-on-month terms over the next few months,” Aditi Nayar, principal economist of ICRA, said.