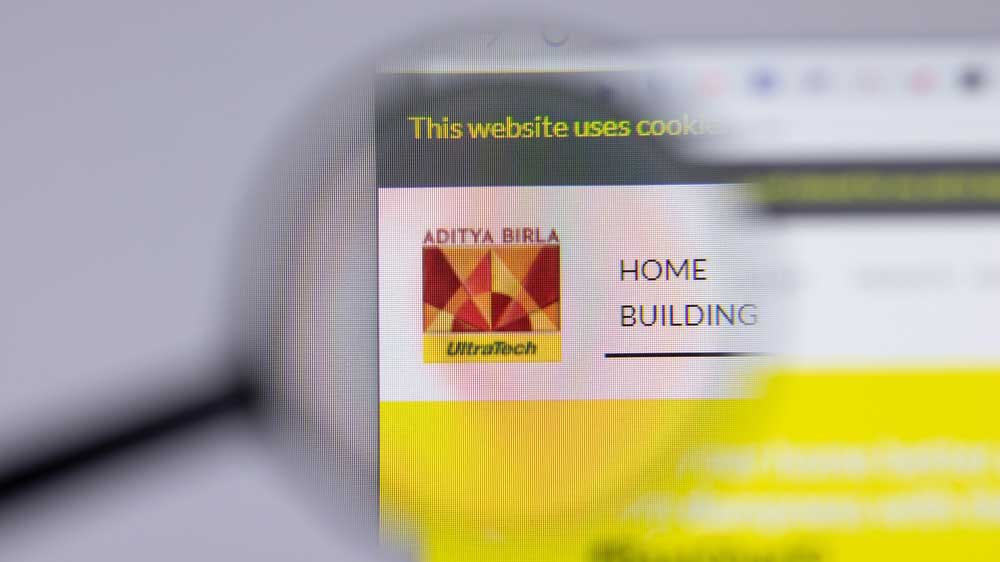 UltraTech Cement Ltd on Monday reported a consolidated net profit of Rs 1,310.34 crore for the quarter ended in September 2021 against Rs 1,310.06 crore in the year-ago quarter, which fell short of analyst estimates.

The Aditya Birla company said coal and pet coke prices nearly doubled during the quarter. “The resulting impact on the company’s operations were partly offset by reduction in power consumption and continuing focus on operational efficiencies,” the company said .

Revenue from operations was up 15.69 per cent to Rs 12,016.78 crore during the quarter under review against Rs 10,387.14 crore in the corresponding period of the last fiscal, which was in line with analyst estimates.

The company expects to commence mining operations at its Bicharpur coal block in Madhya Pradesh during the third quarter which will help it to reduce the dependence on coal.

During the quarter, UltraTech’s consolidated sales volume was at 21.64 million tonnes (mt), registering a year-on-year growth of 8 per cent.

“The unexpectedly virulent second wave of Covid-19, looks to be receding almost as quickly as it was rising. Nevertheless, UltraTech continues to closely monitor the situation and the impact on its operations, while according utmost primacy to the safety and well-being of its employees and business partners,” the company said.

The company warned a “continuous increases in input costs like coal, pet coke and diesel pose a challenge for the industry”.

“UltraTech is confident of weathering the storm of increase in prices of coal, diesel and other inputs, with its sustainable efficiency improvement programs, accompanied by increase in selling prices to absorb the increase in costs,” it said.

Shares of UltraTech Cement Ltd on Monday closed marginally down at Rs 7,397.70 on BSE.