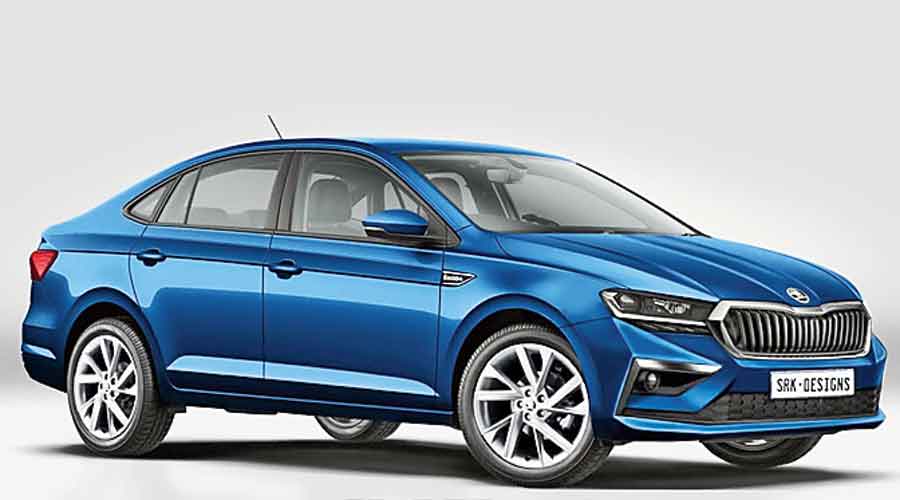 Skoda Auto will soon launch its second model under the India 2.0 project called the Slavia, a premium mid-size sedan for the A0 segment. The first vehicle under the project was the Kushaq SUV. The company has released two official designs of the Slavia before the official presentation later this month.

Like the Kushaq, the Slavia will be produced locally in Pune and is based on the MQB-A0-IN version of the Volkswagen Group’s Modular Transverse Toolkit, which has been specifically adapted by Skoda Auto for the Indian market.

The model’s name evokes the early days of the company and the first bicycles sold in Mladá Boleslav from 1896 by the founding fathers Václav Laurin and Václav Klement and means glory in Czech language.

Maruti Suzuki India Limited opened bookings for its new Celerio earlier this week. High fuel prices have again increased the demand for compact, fuel efficient cars and the new Celerio has Maruti’s next generation K-series dual jet, dual VVT engine which the company claims is the “most fuel efficient petrol car in India”.

Shashank Srivastava, senior executive director (Marketing & Sales), Maruti Suzuki India Limited, said, “Since its launch, Celerio was popular with its unique style and the Auto Gear Shift (AGS) Technology that helped democratise the two-pedal technology in the country. We are confident that the Celerio will once again energise the compact segment.”

MG Motor India delivered 500 units of the new Astor on the occasion of Dhanteras. The Astor had sold out for 2021 within 20 minutes of opening of bookings. The company is producing limited numbers overcoming acute shortage of semi-conductors. The company said it is trying its best to improve the availability to meet its initial target of 4000-5000 deliveries by December.

The Astor is India’s first SUV with personal AI assistant and first-in-segment Autonomous (Level 2) technology. Bookings are now open for Astor delivery in 2022.Customers can book it online or by visiting an MG Motor India dealership near them.

With nine variants and five colour options, the new SUV MG Astor is available at an introductory price starting at ?9.78 lakh.