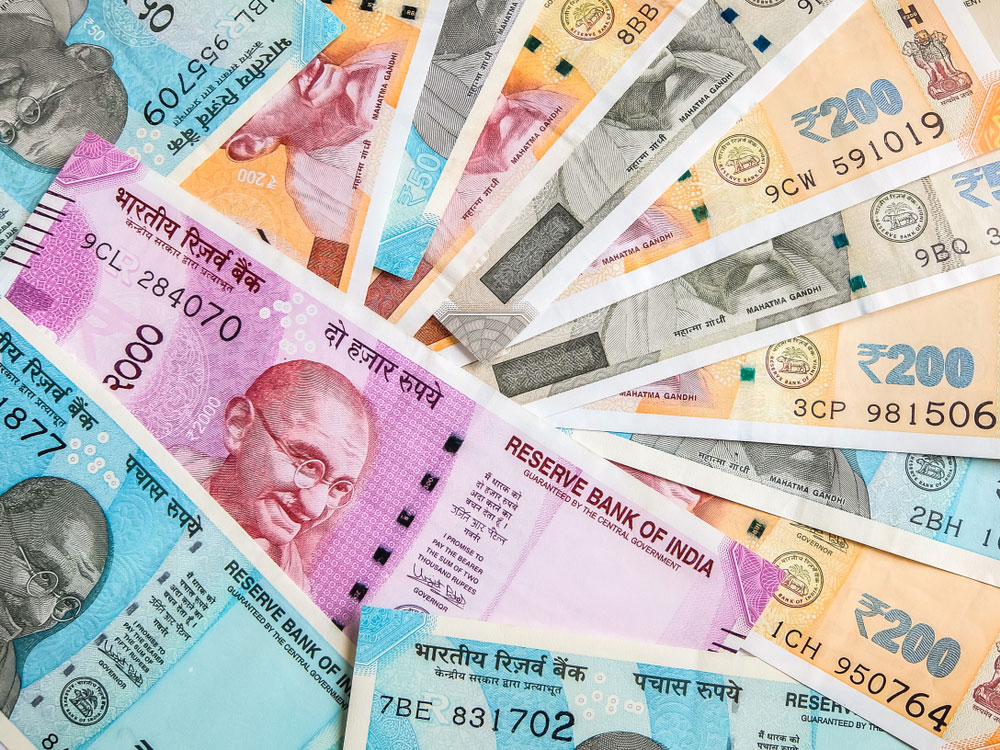 The rupee on Monday appreciated by 49 paise, the biggest single-day gain in two months, to close at 69.74 against the dollar following sharp gains in equities and forex inflows after exit polls suggested another term for the ruling NDA government.

This is the biggest single-day gain for the rupee since March 18 when it had zoomed 57 paise, or 0.82 per cent.

According to WGC Wealth chief investment officer Rajesh Cheruvu, India saw a remarkable strengthening in its currency after the exit polls and some de-coupling of the rupee from other emerging currencies could be seen over the next few trading sessions.

Sentiments were also buoyed by a positive opening in domestic equities and foreign fund inflows.

The benchmark Sensex zoomed over 1,422 points and the NSE Nifty surged 421 points after most exit polls showed that the Narendra Modi-led NDA is returning to power with a huge majority in the Lok Sabha elections.

“Most of the exit polls have projected a thumping majority for the NDA government. The government has taken bold steps in the last five years. This ensures policy continuity and required stability. Hence, it will attract long-term investors. So, if the exit polls match the actual outcome, then the rupee may head towards 68 levels in coming sessions,” said Rushabh Maru, research analyst-currency and commodity, Anand Rathi Shares and Stock Brokers.

However, rising crude prices weighed on the rupee. Brent crude was trading at 72.51 per barrel higher by 0.42 per cent. 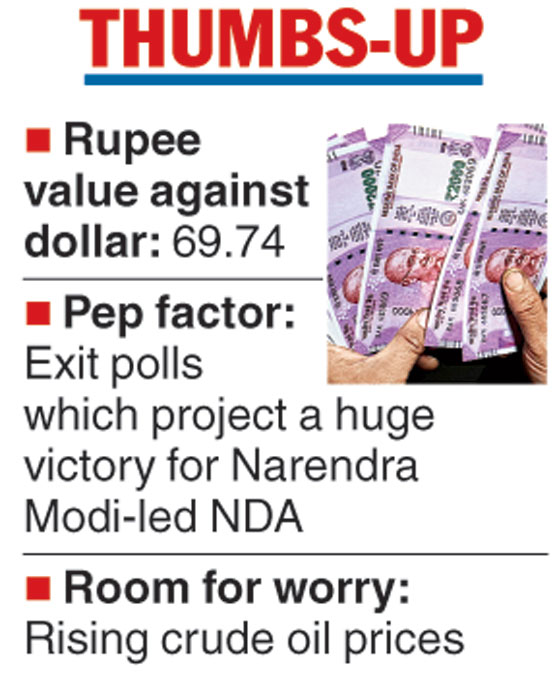