RBI set to hike repo rate by 6 % on Wednesday 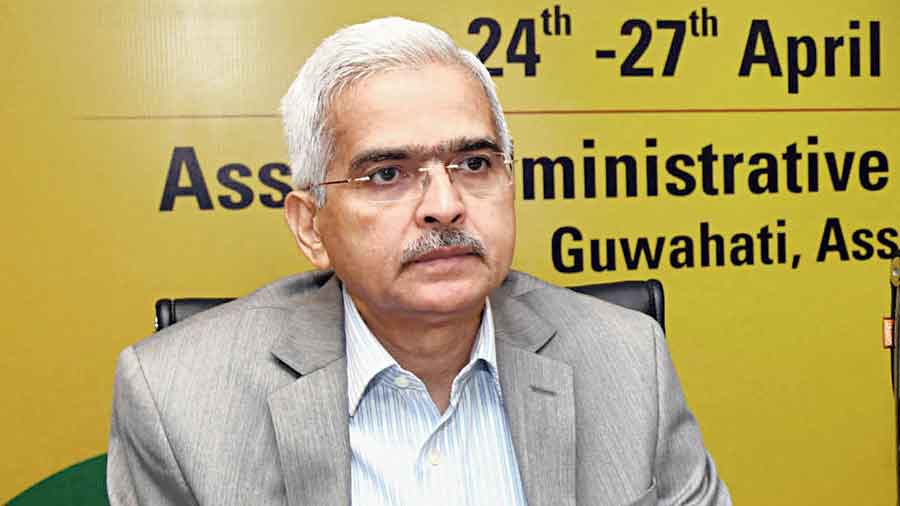 The Reserve Bank is set to raise interest rates on Wednesday amid disquieting talk that the policy repo rate could head upward to 6 per cent by February next year – far above the pre-Covid level of 5.15 per cent – if the central bank is unable to tamp down on inflation.

Until last month, many had felt that the repo could rise to 5.15 per cent by August after which the RBI would tone down its aggressive stance. The general consensus was that the repo would hover between 5.5 and 5.65 per cent by the end of the fiscal.

That forecast has started to crumble with inflation cresting to an eight-year high of 7.79 per cent in April. The market will be looking very close to the RBI’s forecast for inflation during the rest of the year amid signs of stress in world economies that have been battered by supply chain disruptions after the Ukraine war.

The RBI has already indicated that it is prepared to sacrifice growth as it grapples with inflation which has caused misery amid evidence of shrinking household incomes.

On Tuesday, two experts forecast that the repo would rise to 6 per cent.

B. Prasanna, head of global markets at ICICI Bank, told BQ Prime that the monetary policy committee (MPC) would increase the policy rate even after the ultra-accommodation – which was extended during the pandemic – is unwound.

Post-pandemic, the repo rate was cut from 5.15 per cent to 4 per cent.

Prasanna believes that the MPC could take the repo rate to 6 per cent by February 2023, assuming inflation averages at not less than 6.5 per cent in the current year.

In an separate interview with Moneycontrol, Mridul Saggar, the former MPC member, said that it may need to reach a terminal repo rate of around 6 per cent to bring the real interest rate, the market rate adjusted for inflation, into positive territory.

“Maybe the repo rate needs to be raised close to 6 per cent and then any further rate hikes can be considered only if inflation is persistent and generalised and if demand elements are gaining strength,” he added.

RBI Governor Shaktikanta Das will announce the decision of the interest rate setting body tomorrow. The six member panel is expected to raise the repo rate again by 35-50 basis points from 4.40 per cent. It is also expected to revise the CPI inflation forecast for this fiscal to at least 6.5 per cent from 5.7 per cent earlier.

However, a note from the treasury research desk of HDFC Bank pegs a relatively lower hike of 25 basis points tomorrow.

“The RBI is expected to raise the policy rate by 25 basis points while continuing to keep its stance and the cash reserve ratio (CRR) rate unchanged. We tilt on the side of a 25 basis points rate hike instead of 50 basis points as we do not see a compelling case for a larger rate hike at this stage. For one, the central bank could take comfort from the recent measures announced by the government to combat inflation. Moreover, the expectation of a normal monsoon and some recent moderation in global food prices also provide some comfort for the food inflation outlook. Finally, after delivering a 40 basis points rate hike in May, the central bank could err on the side of caution and avoid any major disruptions in the financial market,” it added.