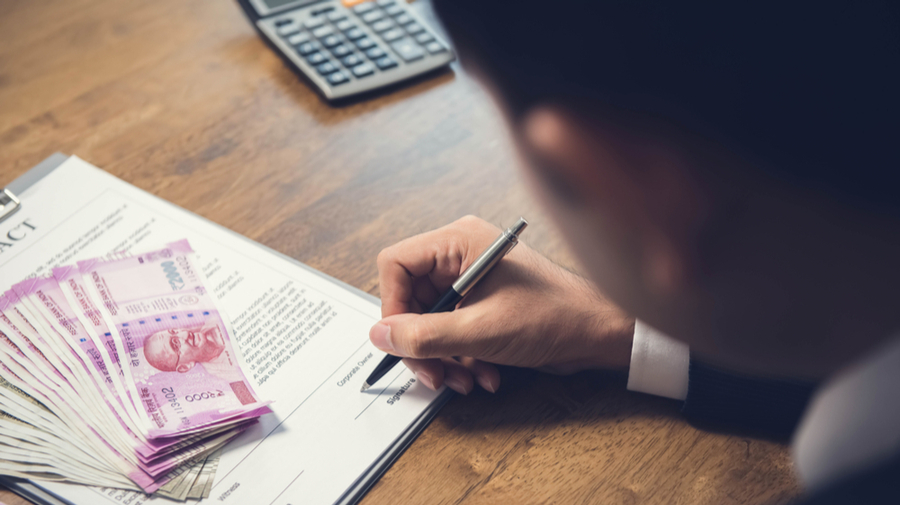 The distressing situation was pointed out by brokerage Motilal Oswal which said rate of credit growth in the fourth quarter was 3.9 per cent in nominal terms, while it fell 2.6 per cent in real terms, the first contraction since 2000.
Shutterstock
Our Special Correspondent   |   Mumbai   |   Published 17.07.20, 02:55 AM

Debt in real terms in the hands of individuals and entities other than the government and financial companies fell in the fourth quarter of 2019-20 — the first contraction  in at least two decades.

The contraction in real debt, which is measured by total credit after adjusting for inflation, was of the order of 2.6 per cent in January-March 2020 that is indicative of the reluctance among banks to lend and the weak capacity of individuals to take up borrowing risks.

The distressing situation was pointed out by brokerage Motilal Oswal which said rate of credit growth in the fourth quarter was 3.9 per cent in nominal terms, while it fell 2.6 per cent in real terms, the first contraction since 2000.

A bigger concern arises from the fact that the coronovirus-induced lockdown started only from the last week of March and if the subsequent period is taken into consideration, the figures may get worse.

According to the report, debt growth decelerated for most segments with maximum weakness being witnessed in HFCs, followed by corporate bonds.

The HFC loan book — based on Motilal Oswal’s estimate of 10 individual companies, which account for around 85 per cent of the industry credit — declined 1.2 per cent during the fourth quarter of the previous fiscal, marking its first contraction in the past two decades.

The brokerage warned of more bad news after March as the effect of the lockdown and banks’ reluctance to lend because of the fear of rising bad loans get reflected in the loan growth numbers.

The analysts said the sharp deceleration in credit growth which is in line with performance of the economy has been in place for the past 6-7 quarters.

“With NGNF debt declining for the first time in real terms in the fourth quarter, we expect this trend to exacerbate in the first half of 2020-21, before recovering in the second half,” they added.

Among the different constituents of lenders, credit disbursed by banks showed a growth of 4.7 per cent in January-March 2020 which was lower than 5.6 per cent seen in the preceding three months. In housing finance, the contraction came against a growth of 7.2 per cent in the third quarter of the year.

Rating agency Crisil said in a recent report that bank credit growth is likely to crash to a multi-decadal low of 0-1 per cent in 2020-21 as economic activity is sharply impacted by the pandemic.