Government would hold a mega spectrum auction, including 5G, with 5G trials starting within the next 100 days 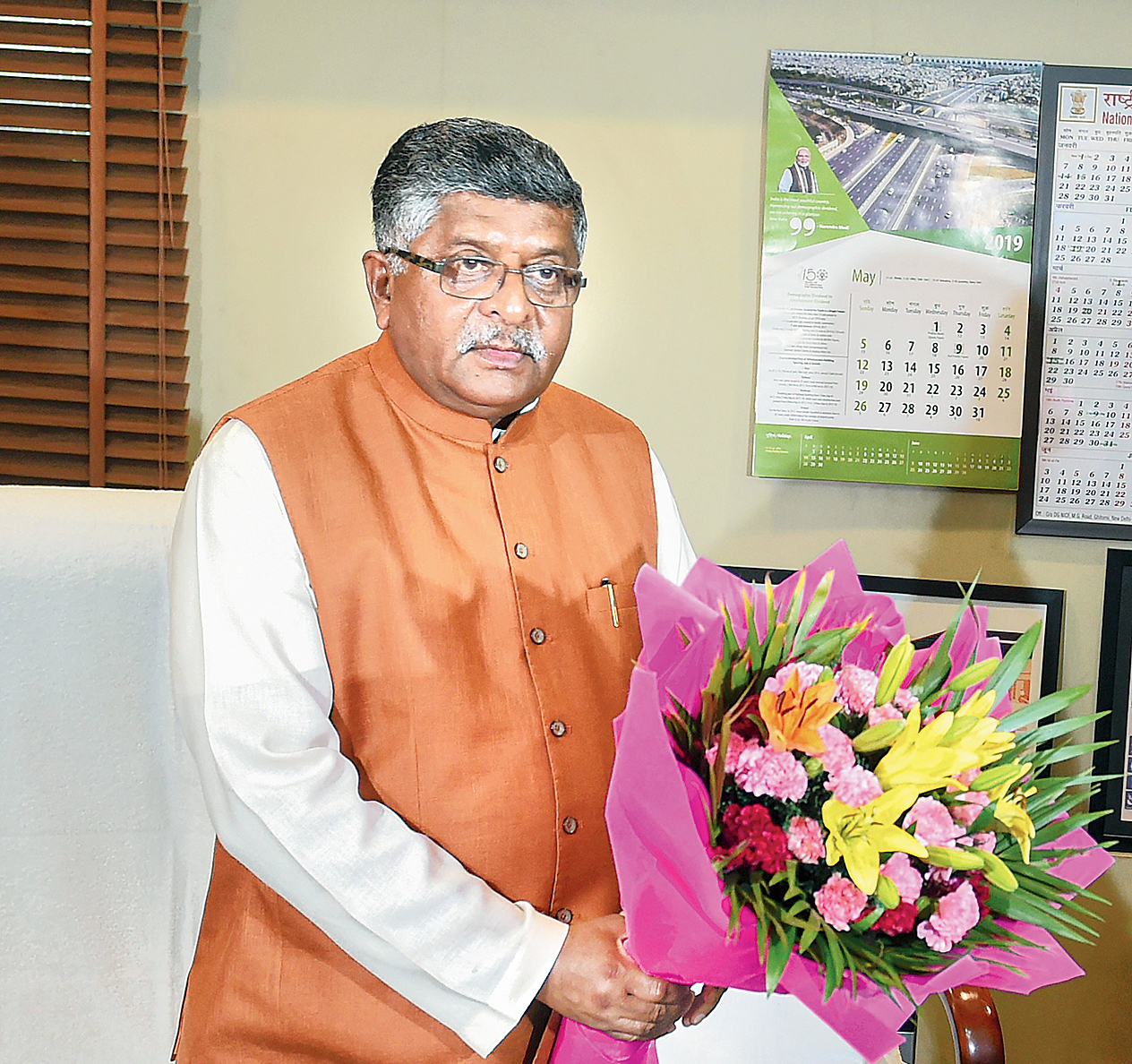 The new government is pressing ahead with the auction of 5G spectrum within six months, despite the industry showing little interest in the sale on account of exorbitant base prices.

Ravi Shankar Prasad, the newly appointed telecom minister, said the government would hold a mega spectrum auction, including 5G, and that 5G trials would start within the next 100 days.

“I am of the belief that in the current calendar year, we will auction spectrum. We have adequate spectrum available,” he said after taking charge of the ministry.

The Telecom Regulatory Authority of India (Trai) has recommended the auction of about 8,644 MHz of spectrum, including those for 5G services, at an estimated total base price of Rs 4.9 lakh crore.

Both Vodafone Idea and Bharti Aitel have opposed the auction. Vodafone Idea has said an auction was not feasible until next year as the industry needed time to develop India-specific applications for 5G. Airtel has categorically said the reserves prices set by the telecom regulator were too high.

”Trai has given its recommendation on spectrum. We have a system of standing committee, finance committee, they are examining it,” Prasad said.

“Once they come with solution... whether there is a need for more consultation with Trai, we will have to look into it. Then, we have to go to the cabinet and appoint an auctioneer,” the minister said.

The government’s eagerness to gouge out huge sums from the operators through the auctions and finance its expenditures elsewhere has not met with great success previously. The response has been tepid barring the first auction in 2010.

Other issues on the minister’s agenda include starting 5G trials in 100 days and creating a Broadband Readiness Index, which reflects the realities of the Indian market. 5G will play a major role in digital inclusion he said.