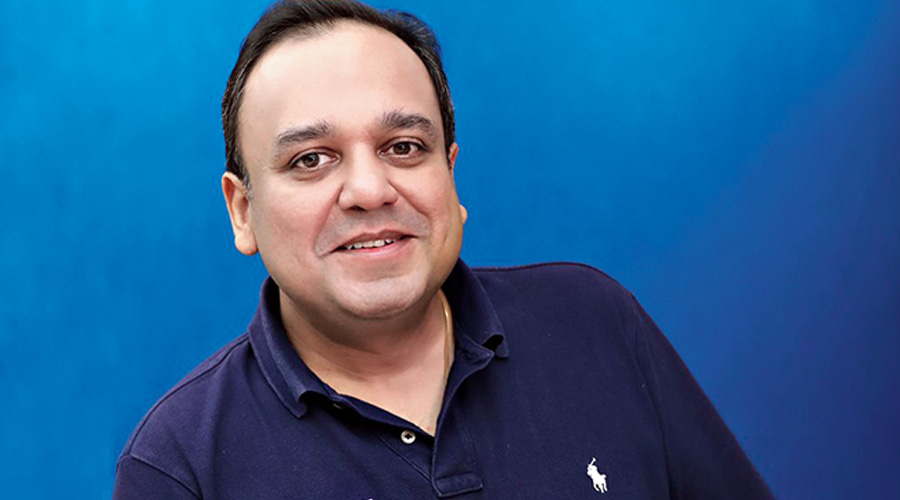 In a statement issued on Thursday, Goenka raised serious questions about the probity of institutional shareholder Invesco and its role in mediating a merger between the beleaguered media giant and a clutch of Reliance group entities whose identities have still not been revealed by either side.

Goenka’s note opens with a justification for coming out with his first public statement on the raging controversy.

“Silence may be the best answer at times, but I have realised that in certain situations it is better to break it at the right time, so the truth comes to the fore,” he wrote and went on to assert that he was only driven by the motivation “to preserve the future of this company (ZEEL) and not my position”.

Goenka also turned the guns on Invesco for trying to diminish the value of ZEEL while pursuing a possible merger with Reliance without informing the Zee board — countering the institutional shareholder’s accusation that Goenka’s actions were responsible for weak shareholder returns.

“We should not let anyone impact the future of Zee or diminish the shareholder value it has been consistently generating over the years,” Goenka said. The Zee stock closed at Rs 319.20 on the Bombay Stock Exchange on Thursday, an increase of 0.65 per cent of the previous day's close.

The deal with Reliance was valued at Rs 220 per share which had valued ZEEL at Rs 21,129 crore — a figure that the Zee board characterised as a lowball estimate of the company’s worth. In his letter to the board, Goenka had claimed that the Reliance-Invesco offer had undervalued the company by roughly Rs 10,000 crore.

“We will ensure that no one maligns the intrinsic value of this company for their own benefit,” Goenka said in his latest missive.

ZEEL has signed a non-binding agreement with Sony to pursue a merger that will give founder Subhash Chandra's family a 4 per cent stake in the merged entity with the option to raise it to 20 per cent at a later stage. The details of this option mechanism remain under the wraps and will be learnt only after the 90-day period ends in mid-December during which Sony executives will access Zee’s books as part of a due diligence exercise.

But ZEEL chairman R. Gopalan had claimed recently that there were other offers on the table besides the one under negotiation with Sony.

Goenka’s letter appeared to fan the speculation with a cryptic remark that was pregnant with possibilities.

He said: “It has only made me proud to note the interest from leading companies across the globe to partner with us and be a part of our extraordinary future.”

Goenka said he wasn’t spoiling for a fight but would aggressively defend ZEEL’s stand before the courts of law.

“My demeanour is not to indulge in an ill-natured fight. Such battles are best handled by legal experts...Our lawyers will do the needful in the court of law as deemed necessary,” he said.

He went on to add: “Under the guidance of the board and in line with the advice sought from our legal counsel, I will continue to take the required steps to safeguard Zee and its future.”

Goenka, however, did not explain why he chose to keep quiet when he received an overture from Invesco on February 23 that alluded to a possible merger with certain Reliance group entities.

If Invesco chose not to inform the Zee board, then Goenka also faces questions about his continued silence on the subject until Wednesday’s sudden revelations.

However, an expert from a proxy advisory firm said Goenka was not obligated to share discussions on a possible merger with the board.

“A company’s management usually keeps getting such offers. Only when it agrees on the terms, does it have to take it to the board,” the source said.

During his briefing to the ZEEL board on Wednesday, Goenka said he had drawn attention to the “imbalance” in the valuation of the merger proposal emanating from Invesco.

“The only reason I did not agree to the proposal was because the shareholder value was getting compromised. I will withstand any amount of pressure to preserve Zee’s intrinsic value and ensure that nothing impacts the returns being delivered to all the shareholders,” the note said.

Meanwhile, Zee has defended its decision on the non-compete fee proposed in the merger plan with Sony that will see its founders’ stake rising to 4 per cent from 2 per cent. It also justified the clause that gives the promoters the option to raise their stake to 20 per cent in the merged entity at a later stage. It may be recalled that Invesco had raised questions on both these terms of the deal.

Responding to the open letter issued by Invesco earlier this week, Zee said the deal with Sony contemplates a situation where the Subhash Chandra family could emerge as the majority shareholders of the merged company.

It pointed out that in order to ensure that they can build value in the merged company, Sony insisted that the erstwhile promoters of the company do not engage in any competing business with the merged entity.

“In lieu of such non-compete obligations being undertaken by the present promoter group, the promoters of Sony will be transferring approximately 2.11 per cent shares in the merged company to the promoter group. We would like to highlight here that this will be a secondary transfer from the promoters of Sony (not a primary issuance) and, accordingly, will not be dilutive to any of the shareholders of the company as it is a private arrangement between two shareholders,” Zee said.