The bill provides for a pre-packaged insolvency resolution mechanism for micro, small and medium enterprises (MSMEs) 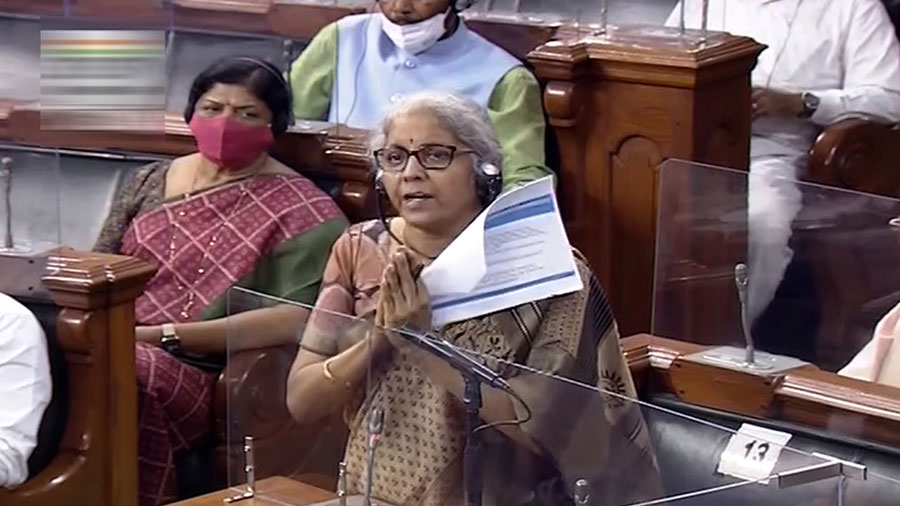 The Rajya Sabha on Tuesday passed the Insolvency and Bankruptcy Code (Amendment) Bill, 2021 following a brief discussion amid ruckus created by Opposition parties over the Pegasus snooping row and other issues.

The Lok Sabha had passed the bill on July 28.

After moving the bill for consideration, Finance Minister Nirmala Sitharaman said "this bill has been brought keeping in mind the situation in which MSMEs require a lot of help post the pandemic..we are increasing the threshold and coming up with a pre-pack."

"There was this feeling that there could be a lot more surge of insolvencies among the MSMEs...but there is no surge in the insolvencies of MSMEs..the options available for the MSMEs are not very many..by this, there will be a better way in which these MSMEs can seek to have a solution...

"It is less costly..it is hybrid in nature...the debtor will still be in control and the creditors will be working together and, therefore, it is actually going to cut the cost and speed up the process because the whole thing will be over in 120 days," she said.

She urged all members in the House to consider and pass the bill.

After a brief debate, Sitharaman in her reply said, "I will ensure we are also working to fill the vacancies in the (NCLT) benches..So, I do not want you to worry about vacancies and causing any further delay."

Addressing a query of Amar Patnaik (BJD), she said, "The process can be initiated only with the consent of 66 per cent of unregulated financial creditors and consent of special majority of shareholders... Also, civil and criminal liability is attached to any act of wilful misinformation or omission of information."

She opined that pre-package is flexible, cost effective, time bound and therefore very suitable for MSMEs.

Supporting the bill, Patnaik initiated the debate and said,"I welcome the bill in its entirety, I foresee the problems that will come in the implementation of the bill. Number one is the valuation of the company..the base resolution plan...and no Swiss challenge or any such arrangement should go below it. Otherwise, it should automatically be referred to the CIRP (Corporate Insolvency Resolution Process)."

He also expressed concern about minority stakeholders' interest in the pre-pack.

"Currently, there are about 50 per cent vacancies in the NCLTs of the country," he added.

After a brief debate by few members, the bill was moved for passage in the House. It was passed with voice vote amid the din by the Opposition.

The bill seeks to replace the IBC Amendment Ordinance, 2021 promulgated in April which introduced pre-packs as an insolvency resolution mechanism for micro, small and medium enterprises (MSMEs) with defaults up to Rs 1 crore.

The bill proposes a new chapter in the IB Code to facilitate the pre-packaged insolvency resolution process for corporate persons that are MSMEs.

There would be a penalty for fraudulent or malicious initiation of the pre-packaged insolvency resolution process, or with intent to defraud persons, and for fraudulent management of the corporate debtor during the process.