NCLT order is a shot in the arm for ArcelorMittal, a bidder for Essar Steel 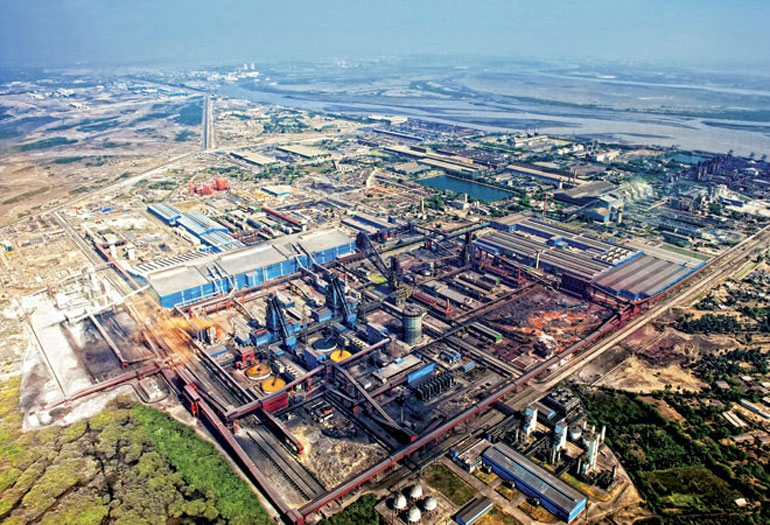 The Ruias are hoping to challenge the NCLT order — and will be basing their argument on a ruling given by Supreme Court Justices R.F. Nariman and Navin Sinha in the case of Brilliant Alloys. The same bench had delivered last week’s judgment that upheld the constitutional validity of the IBC code in its entirety.

Last December, the apex court had permitted Brilliant Alloys to withdraw from the resolution process under Section 12A even though the application for such a withdrawal had been made long after the invitation for EoI from potential bidders.

The Chennai bench of NCLT had shot down Brilliant Alloys’ proposal.

“The only reason why the withdrawal was not allowed, though agreed to by the corporate debtor as well as the financial creditor, was because Regulation 30A states that withdrawal cannot be permitted after issue of invitation for EoI. This regulation has to be read along with the main provision Section 12A which contains no such stipulation. Accordingly, this stipulation can only be construed as directory, depending on the facts of each case. We allow the settlement that has been entered into and annul the proceedings,” the order on Brilliant Alloys read.

“We believe that our offer of Rs 54,389 crore is the most compelling proposal available to Essar Steel creditors. It seeks to repay all classes of creditors and fulfils the IBC’s overriding objective of value maximisation that has been established time and again by courts at all levels. We submitted the proposal under the recently introduced Section 12A of the IBC and the recent judgment of the Supreme Court has established that the section’s provisions are applicable retrospectively. We are awaiting a copy of the full NCLT order, and will take a call on the next step after we have thoroughly gone through the contents,” Essar Steel said.

However, legal sources pointed out that there was a fundamental difference between the Essar Steel and the Brilliant Alloys’ cases. The financial creditors and the corporate debtor (Brilliant Alloys) had agreed to withdraw from the resolution process. In the case of the Ruias, the proposal to withdraw came from the corporate debtor and not from the financial creditors.

“The only manner in which an insolvency process may be withdrawn is in accordance with Section 12A of the IBC, which requires 90 per cent consent of the CoC. The application has to be filed by the operational/financial creditors. These conditions were not met in the petition filed by Essar Steel Asia Holdings, which is spearheading the Ruia bid,” a legal source said.

The National Company Law Tribunal has rejected the Ruia offer to pay Rs 54,389 crore and clear the dues of all classes of creditors of Essar Steel in order to win back control of the crown jewel in the group.

On Tuesday, the NCLT held that the Ruia proposal was not maintainable while asserting that the withdrawal of the case can only be considered with the consent of the committee of creditors.

In case of Essar Steel, the CoC had approved ArcelorMittal’s proposal and had rejected the Ruia settlement offer.

The Ruias intend to challenge the NCLT order based on their interpretation of a Supreme Court judgment last week that observed withdrawal from the corporate insolvency resolution process (CIRP) could be allowed in “exceptional cases” even at a late stage.

Tuesday’s order came as a shot in the arm for ArcelorMittal, the bidder for Essar Steel which has the support of the company’s creditors.

“We welcome today’s ruling by the NCLT which protects the integrity of the IBC and ensures its legitimacy as a rule-based law. We hope now for a swift resolution to this case,” ArcelorMittal said.

ArcelorMittal’s proposal of Rs 42,000 crore had won the committee of creditors’ nod with over 92 per cent vote and had been submitted to the NCLT for approval. The tribunal is likely to pass an order on this petition by Thursday.

The committee of creditors (CoC) had challenged the unsolicited and unilateral settlement proposal of Essar Steel Asia Holding Ltd, promoters of Essar Steel, which had wanted to withdraw from the CIRP under the Insolvency & Bankruptcy Code, 2016.

The Ruia family had offered to pay Rs 54,389 crore a day before the CoC was to approve the ArcelorMittal plan.

The Ruias had submitted their late offer under the terms of Section 12A of the IBC that allows withdrawal of case if 90 per cent of creditors agree. However, under regulation 36A, such a proposal has to be made before the issue of expression of interest (EoI).