Reliance boss says Jio’s fibre can take India’s speeds to No.3 from 135 at present 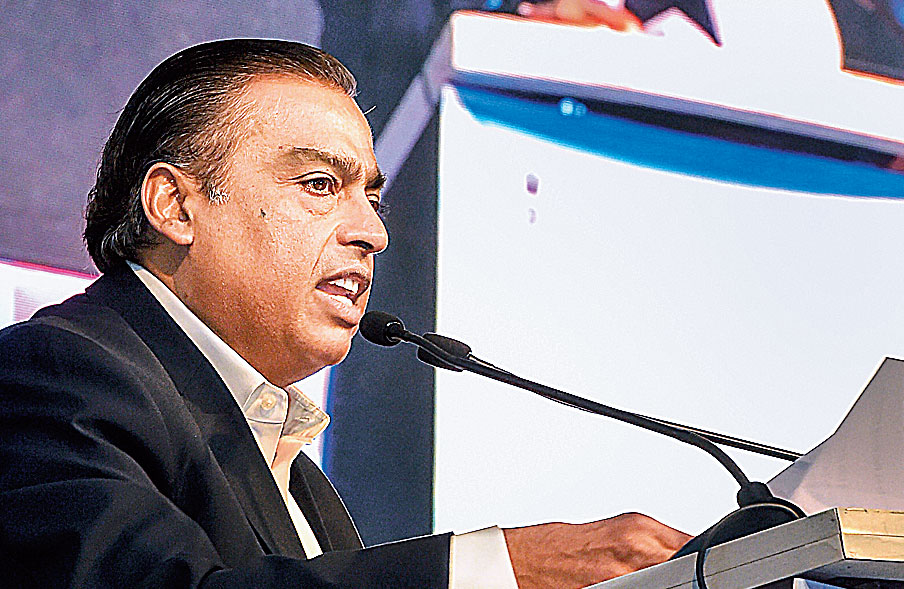 After catapulting India to being the world’s largest mobile data consuming nation, RIL chairman Mukesh Ambani on Thursday said Jio’s fibre-based broadband offering can place the country among the top three nations in fixed broadband from a low rank of 135 at present.

He also said India has moved from 155th rank in mobile broadband penetration to being the number one nation in mobile data consumption in the world in less than two years. The country has an unparalleled combination of connectivity with affordability.

“This is the fastest transition anywhere in the world from 2G/3G to 4G,” he said.

“By 2020, I believe that India will be a fully-4G country and ready for 5G ahead of others,” he told the India Mobile Congress here.

By 2020, every phone in India will be a 4G-enabled phone and every customer will have access to 4G connectivity, he said.

Reliance Jio, which stormed the telecom industry with free calls and SMS bundled with dirt cheap data in 2016, has begun rolling out its ambitious ultra-high speed fibre-based broadband services for homes and offices.

He said the move presents an opportunity to replicate India’s success in mobile data for fixed broadband as well.

“I believe India will rise from a lowly 135th rank to be among the top three nations in fixed broadband at a pace that will surprise the world.”

Telecom firms in the country will roll out one million Wi-Fi hotspots by December 2019, Manoj Sinha, minister of state for telecom, said at the meet.

Bharat WiFi, a country-wide common inter-operable platform of one million Wi-Fi Hotspots, owned and operated by telecom and internet service providers and virtual network operators will be rolled out.