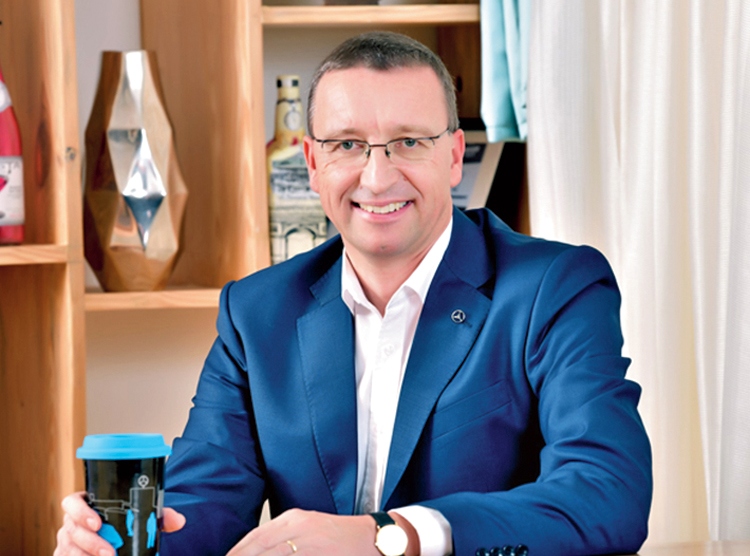 “We are also not seeing any consumer interest for hybrids in India, probably because there are no incentives,” said Martin Schwenk, managing director and CEO of MBIL.
(Picture sourced by The Telegraph)
Anasuya Basu   |   Calcutta   |   Published 19.01.20, 10:34 PM

Mercedes Benz India Limited (MBIL) has shelved its programme to bring hybrids, including plug-in hybrids, since there was no tax incentive for them.

The government continues to tax hybrids at 43 per cent, and despite lobbying by companies such as Mercedes and Toyota, there has been no indication on the part of the government to bring down the tax slab.

“We are also not seeing any consumer interest for hybrids in India, probably because there are no incentives,” said Martin Schwenk, managing director and CEO of MBIL, at the unveiling of its electric SUV EQC in Pune last week.

“There is a lot of buzz for electric vehicles (EVs). Our dealers are asking for it and so even though I was sceptical about introducing EVs mainly on account of the lack of preparedness of infrastructure, yet we decided to bring the EQC,” said Schwenk. The company will launch the EQC in April this year.

The EQC can go 470km on a single charge. “With that kind of range (470km) customers will not have any range anxiety even if they have no access to charging point while driving,” Schwenk said.

The EQC has a high ground clearance. The 80kWh lithium-ion battery is accommodated near its axle, which helps to maintain the car’s centre of gravity. The EQC is mainly to test waters for EVs in India. “Based on the response to this car, we will take a decision on which EVs to bring to India,” said the MD.