Shiv Sena-led Maharashtra government slashes VAT on petrol by Rs 2.08 per litre and diesel by Rs 1.44 per litre 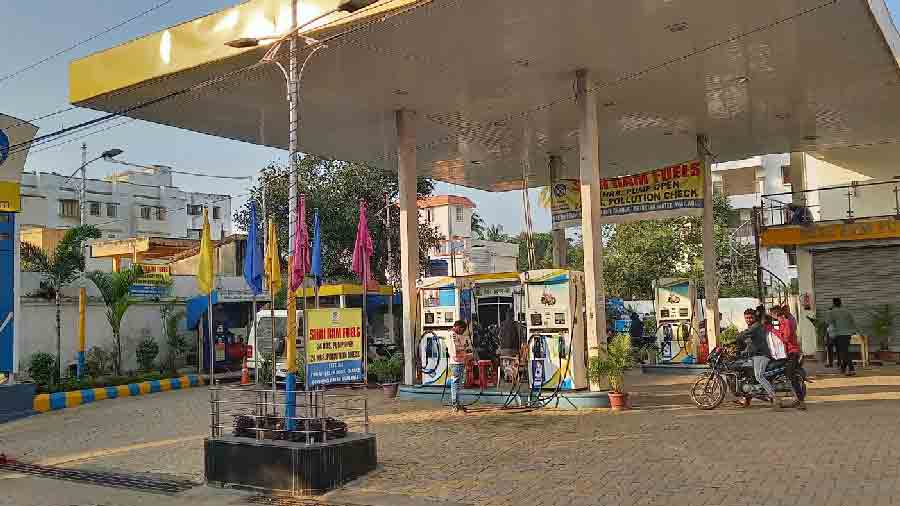 Maharashtra, Rajasthan and Kerala have decreased VAT on petrol and diesel after Finance Minister Nirmala Sitharaman's call to provide further relief to consumers following a cut in excise duty by the Centre, though some other states appeared reluctant citing their inability to take more strain on revenue.

Senior Congress leader P Chidambaram on Sunday wondered whether the states can afford to give up revenue from the Value Added Tax (VAT) on petrol and diesel unless the Centre devolves more funds or gives them more grants, likening their situation to being between the devil and the deep sea .

The Shiv Sena-led Maharashtra government slashed the VAT on petrol by Rs 2.08 per litre and diesel by Rs 1.44 per litre. A statement issued by the government said the state exchequer will have to bear an annual loss of Rs 2,500 crore as a result of this decision.

However, the DMK-led government in Tamil Nadu said that it is neither fair nor reasonable to expect states to reduce their taxes.

State Finance Minister Palanivel Thiaga Rajan said the central government had never consulted states when it increased the taxes and Tamil Nadu was already incurring a loss of over Rs 1,000 crore due to the earlier tax cut announced by the union government in November 2021.

Despite the tax reduction announced by the Centre on Saturday, the rates were still high compared to 2014, he pointed out.

"This is because the Union Government has increased the cess and surcharge on petrol and diesel while reducing the basic excise duty that is shareable with the states," he averred.

Post the November 2021 reduction in excise duty on petrol by Rs 5 per litre and that on diesel by Rs 10 a litre, 25 states and UTs had cut VAT to give further reprieve to consumers battered by record-high retail prices. States ruled by non-NDA parties like Maharashtra, Andhra Pradesh and West Bengal did not do so.

Responding to the minister's remarks that states were not consulted by the Centre before increasing fuel prices, BJP Tamil Nadu president K Annamalai wondered if such a practice was followed during the earlier UPA regime, in which the DMK was a key constituent.

However, the Left Democratic Front government in Kerala had on Saturday promptly announced a cut in the state tax on the prices of petrol and diesel by Rs 2.41 and Rs 1.36 per litre respectively, following the reduction in fuel prices by the Centre.

Rajasthan Chief Minister Ashok Gehlot also said the state government will reduce VAT by Rs 2.48 per liter on petrol and Rs 1.16 per liter on diesel.

In Madhya Pradesh, Congress leader Kamal Nath demanded that the BJP government reduce VAT on petroleum products to further bring down the rates.

Bahujan Samaj Party chief Mayawati said it was the duty of not only Uttar Pradesh but also of other states to immediately announce a cut in VAT on fuel.

"The decision (Centre's) has come on Saturday night, let's see, we will consider it," Bommai told reporters here in response to a query.

Bommai was last month non-committal on any further cut in fuel tax by the state government and had maintained that any decision in this regard will be taken after looking at the economy of the state.

A source in the Goa government said the Pramod Sawant-led dispensation will not further reduce the VAT on petrol and diesel as it might hurt the economy".

Goa levies 26 per cent VAT on petrol and 22 per cent on diesel.

The ruling Trinamul Congress in West Bengal said the state will cut taxes once it lifts the "economic blockade" and releases the funds due to the state.

Last month, West Bengal Chief Minister Mamata Banerjee said that she will reduce the tax on petroleum products in the state once the central government cleared all the pending dues it owed to the state.

The price of petrol on Sunday was slashed by Rs 8.69 a litre and that of diesel by Rs 7.05 per litre following the government decision to cut excise duty on auto fuels.

Former finance minister Chidambaram said the states are getting very little by way of sharing of duties on petrol and diesel.

"I wonder if they can afford to give up that revenue unless the Centre devolved more funds or gave them more grants," Chidambaram said.

The situation is like being between the devil and the deep sea , he said in a series of tweets.

"I wish to exhort all state governments, especially the states where the reduction wasn't done during the last round (November 2021), to also implement a similar cut and give relief to the common man," she said.

Rates differ from state to state depending on the incidence of local taxes such as VAT. Andhra Pradesh has the highest VAT on petrol and diesel in the country, followed by Rajasthan and BJP-ruled Madhya Pradesh.

"This (high prices in non-BJP ruled states) is due to the refusal of their respective state governments to reduce VAT. It is time for these states to wake up & reduce VAT to provide relief to their consumers," Puri said.

The Congress government in Rajasthan had cut VAT following the November 2021 decision. Punjab, which was ruled by the party then, had seen the biggest reduction due to a cut in VAT rates.

Excise: FM hits back at Opp