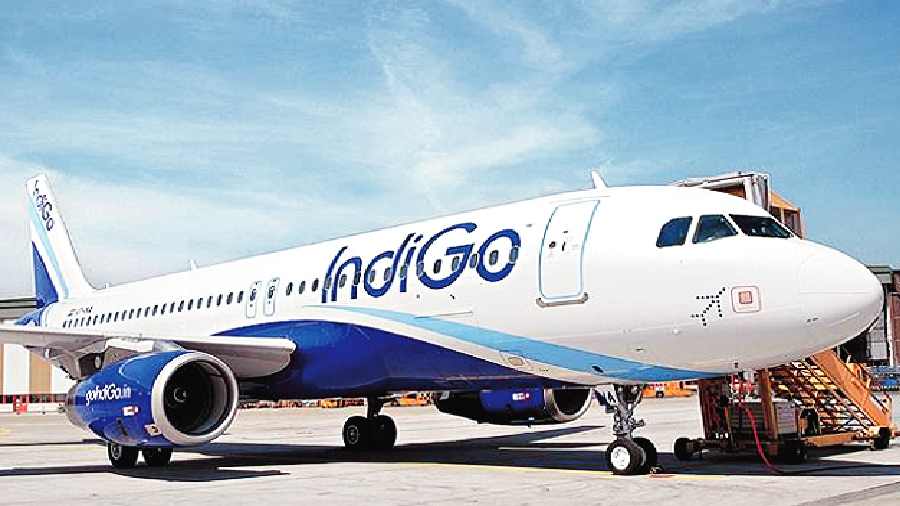 This year’s fourth quarter loss was 46.6 per cent more than the loss incurred by the airline in the corresponding period a year ago
File Photo
Our Special Correspondent   |   New Delhi   |   Published 26.05.22, 02:20 AM

Budget carrier IndiGo on Wednesday suffered a net loss of Rs 1,681 crore in the quarter ended March because of the Omicron wave, high fuel costs and the weakening rupee. This year’s fourth quarter loss was 46.6 per cent more than the loss incurred by the airline in the corresponding period a year ago, the airline’s statement said.

The losses widened to Rs 1,681 crore for the quarter ended March 31 from the Rs 1,147-crore loss a year earlier. The carrier had reported its first profit in seven quarters in the October-December period on the back of improving passenger numbers.

India’s biggest airline reported a larger loss for the fourth quarter as higher fuel costs more than offset a rebound in demand for air travel. However, it saw an increase in the number of passengers by 10.3 per cent compared with the same period last year.

The revenue from operations increased 28.8 per cent to Rs 8,020.74 crore in the quarter under review from Rs 6,222.94 crore in the same quarter last fiscal, on strong traffic rebound in the latter half of the quarter, it added.

Fuel prices in Q4 of 2021-22 increased 61 per cent compared with the same period last year, it said.

CEO Ronojoy Dutta said, “This quarter has been difficult because of the demand destruction caused by the Omicron virus in the first half.”

Bharat Petroleum Corporation Ltd (BPCL) on Wednesday reported an 82 per cent decline in net profit in the quarter ended March 2022 as the firm held fuel prices despite a rise in cost.

Net profit of Rs 2,130.53 crore was reported in the January-March period compared with Rs 11,940.13 crore.  Revenue from operations rose 25 per cent to Rs 1.23 lakh crore on higher oil prices but losses on petrol, diesel and domestic LPG sales dented the financials.

(With inputs from PTI