India is likely to become $40 trillion economy by 2047: Ambani

'From a 3 trillion-dollar economy, India will be ranking among the top three economies of the world' 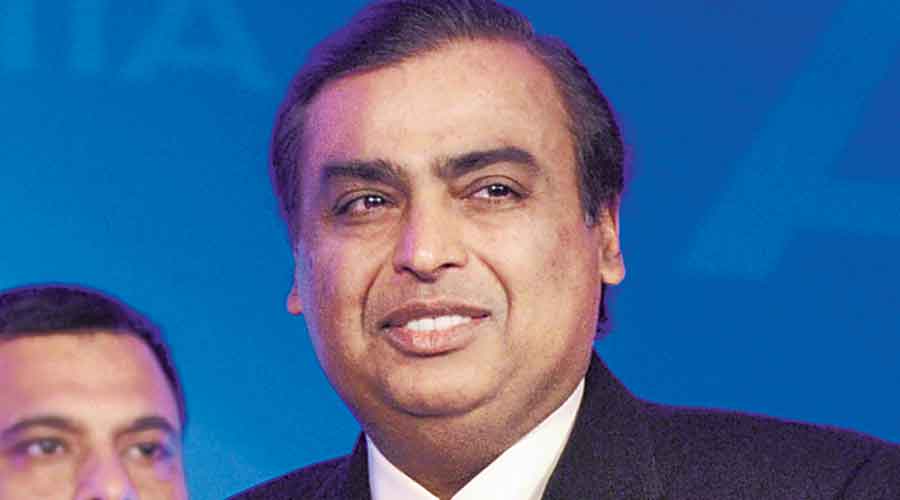 India is likely to become a USD 40 trillion economy by 2047 -- a 13-fold jump from its current size -- driven primarily by a clean energy revolution and digitalisation, billionaire Mukesh Ambani said on Tuesday.

Ambani's estimate for the Indian economy, currently the fifth largest in the world behind only the US, China, Japan and Germany, is more optimistic than Asia's richest man Gautam Adani, who last week stated that India will become a USD 30 trillion economy by 2050 on back of rising consumption and socio-economic reforms.

As the 'Amrit Kaal' -- the period between now and 2047 when India will be celebrating 100 years of independence -- unfolds, the country will witness an unprecedented explosion in economic growth and opportunities, he asserted.

Ambani's oil-to-telecom conglomerate Reliance Industries Ltd has a finger in each of the pies as it invests billions of dollars in creating a clean energy value chain from solar panels to hydrogen. His Jio disrupted the telecom sector, offering free voice calls and dirt-cheap data which played the role of a catalyst in bringing about the digital revolution in the country.

To the students, he gave them three mantras of success -- think big, think green and think digital.

"Be an audacious dreamer. Every great thing ever built in this world was once a dream thought to be impossible. You have to own your dream with courage, nurture it with conviction and realise it with bold and disciplined action. It is the only way you can make the impossible possible," he said.

He asked students to be sensitive to Mother Nature, inventing means to harvest its energy without harming it. 'Think Green' is about ensuring that "we leave behind a better and a healthier planet for the future generations", he said.

In the mission of making India a clean energy leader, digitisation will play the role of a force multiplier, he said, adding technologies such as artificial intelligence, robotics and Internet of Things (IoT) are powerful enablers of change.

"Use them to your advantage," he told the students.

"These three mantras will be your astras in your mission of making India a global clean energy leader," he added.

Ambani further said the COVID-19 period was a trial by fire that taught invaluable lessons, shaped better professionals and made people tougher from within.

"With these learnings in your kitty, no mountain will be too high to climb; no river will be too wide to cross. So roll up your sleeves and move ahead," he added.

Pandit Deendayal Energy University (PDEU) is the first and only private university in Gujarat with the highest grade of 'A++' awarded by the National Assessment and Accreditation Council (NAAC).

Ambani is the president of the Board of Governors of the university. Former bureaucrat Hasmukh Adhia is the chairman of the Standing Committee of the institution.

The university offers programmes to address the need for trained human resources in the domains of science, technology, management, humanities and social sciences.

Currently, more than 6,500 students and research scholars are pursuing courses at the university in their areas of interest which include engineering and cutting edge technologies in renewable energy such as wind, solar, bio-fuel, geothermal energy and green hydrogen.