In order to achieve a $5 trillion economy, the policymakers would have to factor in an 8-9 per cent rate of growth over a five-year period 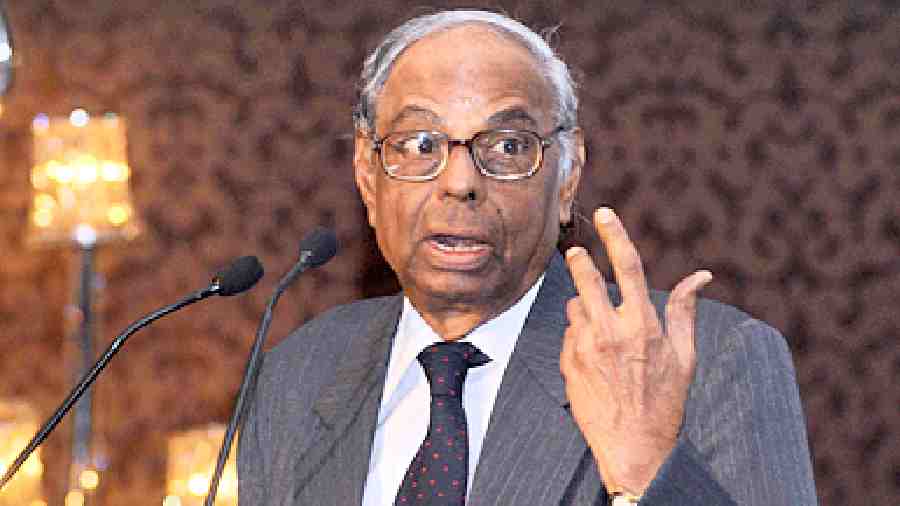 C. Rangarajan, former Reserve Bank of India governor and chairman of the Madras School of Economics, has said the investment rate must be scaled up to 33 per cent of GDP for sustained growth.

“To achieve higher growth, we must get back the investment rate to 33 per cent,” Rangarajan said adding that the focus of the policymakers must be on achieving a growth rate of 7 per cent and scale up to 8-9 per cent.

“The first quarter numbers that have come for the current year is much less than what people had expected. I do not think that the rate of growth of the economy in 2022-23 will be more than 7 per cent,” he said while delivering the Samar Kanti Paul memorial lecture at the Ramkrishna Mission Institute of Culture on Saturday evening.

He further said that in order to achieve a $5 trillion economy, the policymakers would have to factor in an 8-9 per cent rate of growth over a five-year period.

While becoming the fifth largest economy globally is an impressive achievement, India must have a minimum of $12,695 per capita income to be classified as a developed country, and that will take more than two decades of strong growth, according to Rangarajan.

“India’s future growth path cannot be unidimensional. We need a strong export sector, both for goods and services. We also need a strong manufacturing sector both with a view to meet domestic demand as well as provide employment,” he said.

Rangarajan advocated maintaining the ongoing hawkish stance by the Reserve Bank of India to tame inflation and expected that the rupee will strengthen with resumption of capital inflow.

The 90-year-old veteran economist said that the policymakers should keep in mind the aggressive stance taken by the developed countries in raising their policy rates.

India cannot afford to be very slow on that front, he said. The RBI may consider another 50 basis point rise in interest rates after inflation data rose above the central bank’s tolerance limit in August.