EU reaches agreement on rules to rein in tech giants

The deal may force US tech giants like Google, Amazon, Apple and Meta to change their business practices and is designed to give rivals a better chance of survival 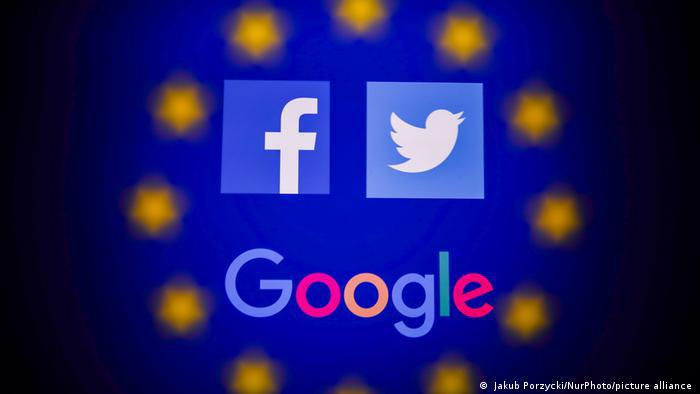 EU lawmakers finalized a deal on Thursday to curb the powers of tech companies.

US tech giants such as Alphabet's Google, Amazon, Apple, Meta (Facebook) and Microsoft may need to change their core business practices in light of the agreement.

Why was the deal proposed?

The Digital Markets Act (DMA) was proposed by EU antitrust chief Margrethe Vestager just over a year ago. The act establishes rules for companies that control data and platform access. It is designed to give rivals a better chance to survive in the face of the tech giants' market dominance.

"What we want is simple: fair markets also in digital. Large gatekeeper platforms have prevented businesses and consumers
from the benefit of competitive digital markets," Vestager said in a statement.

"It's the final countdown for digital regulation," EU commissioner Thierry Breton tweeted at the start of negotiations.

What does the act stipulate?

Under the act, companies will have to provide business users access to their data and make their messaging services interoperable.

The DMA prohibits tech giants from favoring their own services, as well as from preventing users from removing pre-installed software or app.

The act will apply to companies with a market capitalization of over €75 billion ($82.6 billion), €7.5 billion (€8.3 billion) in annual revenue and at least 45 million monthly users.

If found to be breaching the rules stipulated by the DMA, companies can face fines of up to 10% of their annual global revenue and as much as 20% for repeat offences.