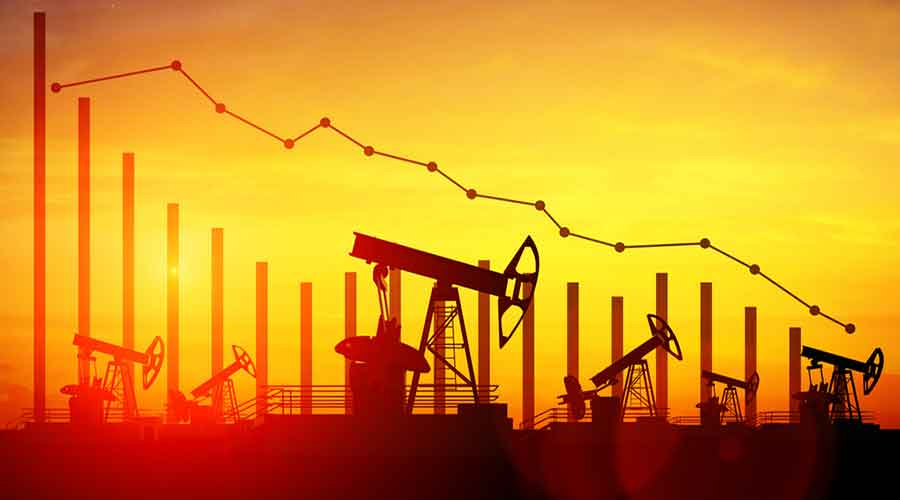 Benchmark oil prices climbed to their highest since 2014 on Tuesday as possible supply disruption after attacks in West Asia added to an already tight supply outlook.

Both benchmarks touched their highest since October 2014 earlier on Tuesday.

Goldman Sachs has estimated Brent to hit $100 per barrel in the third quarter of this calendar year. It raised forecasts for 2022 and the next year to $96 per barrel and $105 per barrel, respectively, from $81 and $85 per barrel.

Domestic petrol and diesel prices remained unchanged for the 74th day in a row — a freeze that may be linked to ensuing assembly elections in states such as Uttar Pradesh and Punjab.

Finance minister Nirmala Sitharaman in the budget may lower the cess on oil blocks awarded on a nomination basis prior to the new exploration and licensing policy before 1999.

The reduction in the cess would boost the revenues of ONGC and Cairn India, while offering incentives to shore up falling domestic production.

Sources said the government was ready to take steps to reduce the import of crude and boost domestic production as it would save precious foreign exchange.

Industry chambers Ficci wants the government to abolish the cess.

“Exemption of cess will improve the techno-economics of these fields for further production. The increased liquidity will encourage the contractor for continuous investment in these fields.”

This would make more projects viable and with increased production, any balance revenue gap will be more than compensated,” the chamber said.

The finance ministry had revised the oil cess in the 2016-17 budget, shifting it from a specific charge of Rs 4,500 per tonne of crude to an ad valorem rate of 20 per cent.

This was done to protect the exploration firms from the burden of higher cess burden at a time crude oil prices were falling.

The Finance ministry had revised oil cess in the FY17 Union Budget, shifting it from a specific charge of Rs 4,500 per tonne of crude to an ad valorem rate of 20 per cent. This was done to help the exploration firms from higher cess burden at a time when crude oil prices were falling.