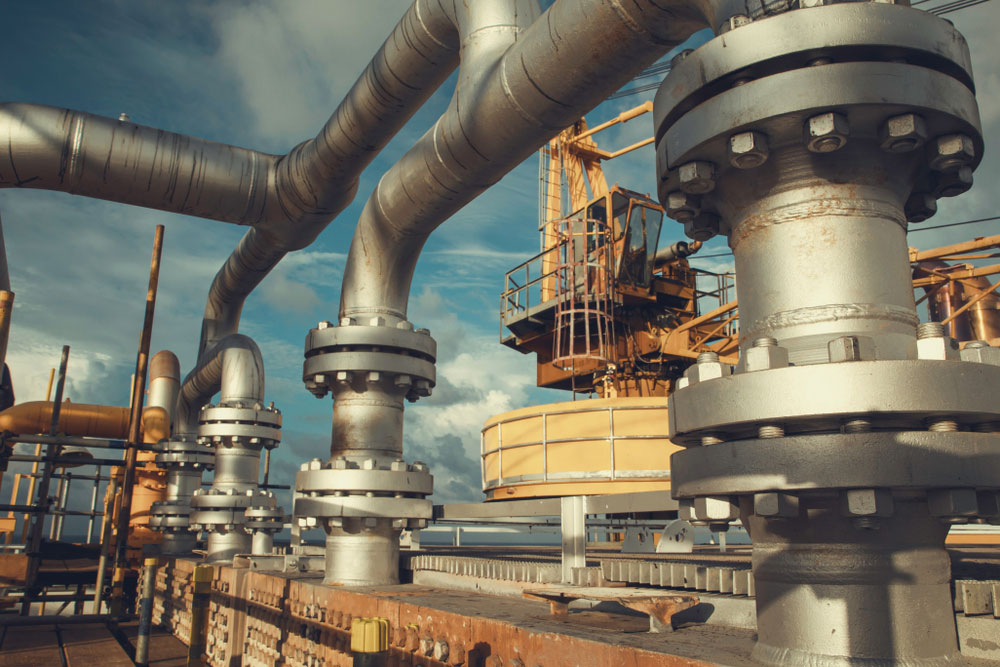 At present, most of the pipelines are concentrated in the western and northern parts of the country, with a few lines in the east and south.
(Shutterstock)
R. Suryamurthy   |   New Delhi   |   Published 09.02.20, 07:12 PM

Five districts of Bengal are expected to come under the city gas distribution network, with the oil regulator inviting bids for 44 geographical areas in the 11th round of bidding to set up facilities.

The tentative list of districts includes Purulia, Bankura, East Midnapore, West Midnapore and Jhargram in the state. These districts comprise two geographical areas in the list.

Sector regulator Petroleum and Natural Gas Regulatory Board (PNGRB) has asked stakeholders to send in their comment by this week on the selected geographical areas.

According to the new tentative list, the highest number of CGD (city gas distribution) areas will fall in Tamil Nadu (eight), to be followed by Maharashtra (seven) and Madhya Pradesh (six).

The present share of gas in the energy basket of the country is 6.2 per cent, and the target is to take it to 15 per cent by 2030.

The budget has laid down plans for expansion of the national natural gas pipeline network to 27,000 km from the present 16,200 km along with pricing reforms as the government looks to boost the use of the environment-friendly fuel.

Raju Kumar, tax partner, oil & gas practice, EY India, said the budget announcement of a planned increase in the network and transparency in price discovery is likely to strengthen the market.

At present, most of the pipelines are concentrated in the western and northern parts of the country, with a few lines in the east and south.

In her budget speech, Sitharaman said more gas pricing reforms are in the offing. “To deepen gas markets in India, further reforms will be undertaken to facilitate transparent price discovery and ease of transactions,” she said.

The price of natural gas produced domestically is fixed by a formula that averages out rates in gas surplus nations such as Russia and the US.

As part of its focus on the north-eastern region, the government has decided to provide Rs 5,559 crore for the construction of the North East Gas Grid project across Arunachal Pradesh, Assam, Manipur, Meghalaya, Mizoram, Nagaland, Sikkim, and Tripura.

The cabinet had approved the project of Indradhanush Gas Grid Limited with viability Gap funding (capital grant) at 60 per cent of the estimated cost of Rs 9,265 crore.